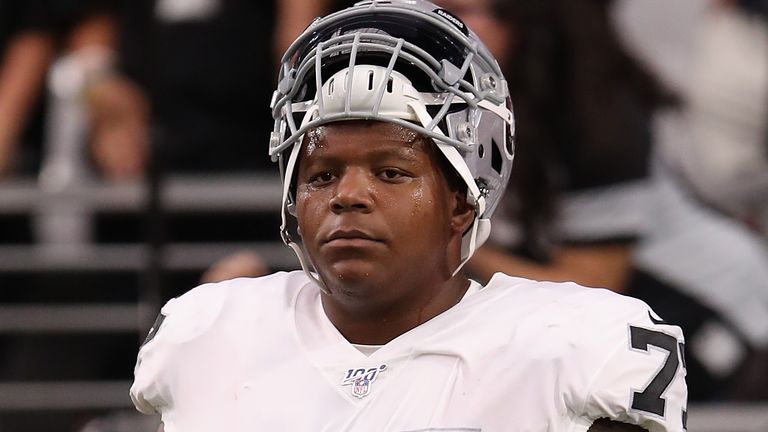 Las Vegas Raiders right tackle Trent Brown was released from a Cleveland hospital on Monday, a day after a scary incident arose while he was getting intravenous therapy before a game against the Browns.

Brown has appeared in only two games for the Raiders this season, missing games early in the season due to a calf injury before sitting out the October 25 game against the Tampa Bay Buccaneers while on the COVID-19 reserve list. He was expected to play Sunday, though.

While Brown was getting an IV in the team’s locker room, air entered his bloodstream, a potentially serious medical problem that led to him being taken to a hospital immediately.

Raiders coach Jon Gruden said on Monday: “(Brown is) up and seems to be doing well. We’re waiting the results of some of the extensive tests he did today and yesterday. I don’t have anything to report other than he had an issue. 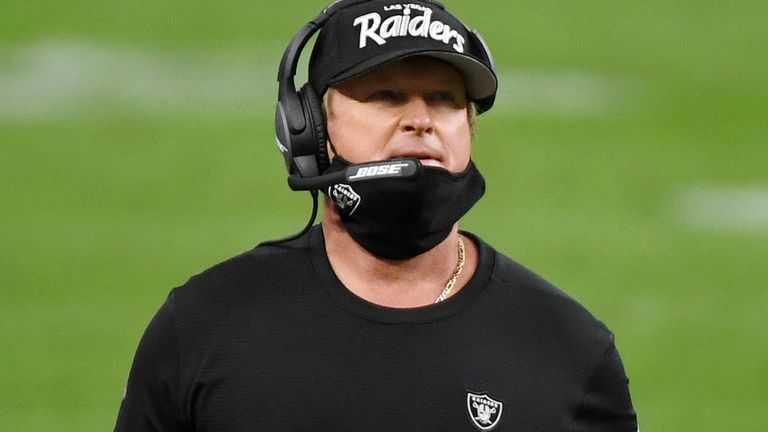 “I want to really thank our medical staff. What a job they did in an emergency situation. We’re just happy he’s up and around. Once we get the official word as to what’s wrong with Trent, we’ll let you know.”

Brown, a Pro Bowl selection a season ago, was removed from the Covid-19 reserve list late last week and practiced with the team in anticipation of playing on Sunday in Cleveland. The Raiders wound up beating the Browns 16-6.

A seventh-round draft pick of San Francisco in 2015, Brown spent three seasons with the 49ers. He was traded to New England and played one season with the Patriots before signing a four-year, $66m (£51m) contract with the Raiders in March 2019. 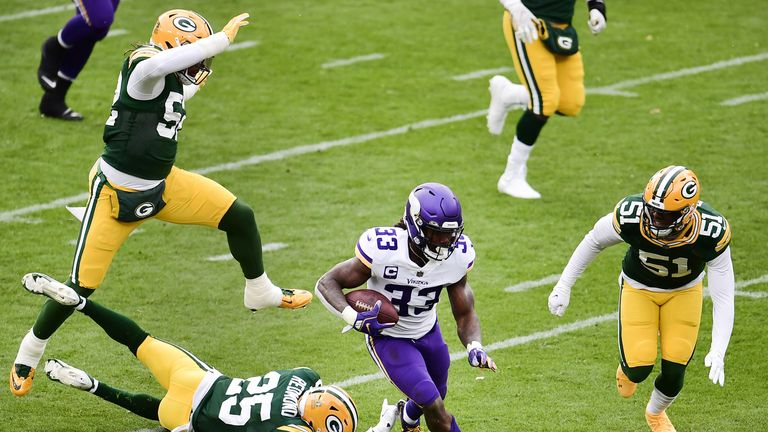 Cowboys QB Dalton yet to return to practice

Dallas Cowboys quarterback Andy Dalton is still unable to return to practice after sustaining a head injury against the Washington Football Team in Week 7.

The Cowboys were forced to rely on rookie Ben DiNucci in their 23-9 loss to the Philadelphia Eagles on Sunday, with owner Jerry Jones saying he was hopeful Dalton would be fit to return for this week’s visit from the undefeated Pittsburgh Steelers.

However, Cowboys head coach Mike McCarthy said on Monday: “Andy hasn’t officially cleared the protocol. Once we make it through that, we’ll announce it to you.” 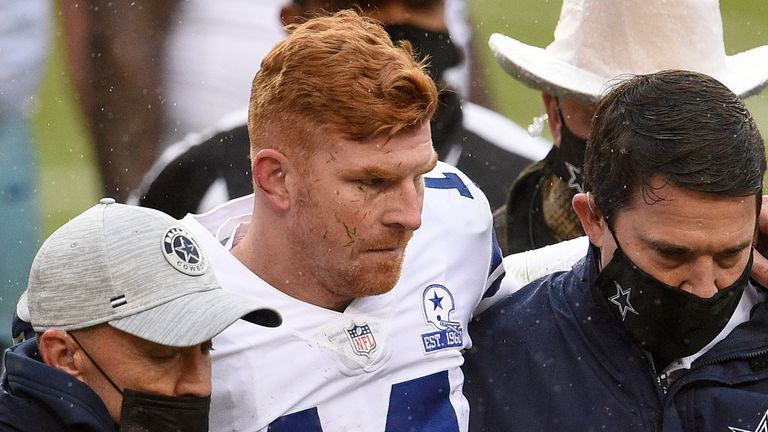 Former Cincinnati Bengal Dalton replaced Dak Prescott after the Cowboys’ No 1 QB sustained a serious leg injury in the Week 5 victory over the New York Giants.

Dallas were averaging 32.6 points per game with Prescott at the helm, but have scored just 22 points across three games since he was declared out for the season.

Dalton has completed 61.2 per cent of his passes for 452 yards with one touchdown and three interceptions in four games this season, while DiNucci hit on 21 of 40 passes for 180 yards in his first NFL start against the Eagles. He did not throw a touchdown pass or an interception but lost a pair of fumbles and was sacked four times.

The Cowboys have slumped to 2-6 for the season, and McCarthy said: “No. 1, it starts with Dak. Anytime an offence loses its starting quarterback… I mean, he was playing at a high level.”