Home » NFL Draft: The eight players who will define the ‘Class of 2021’ 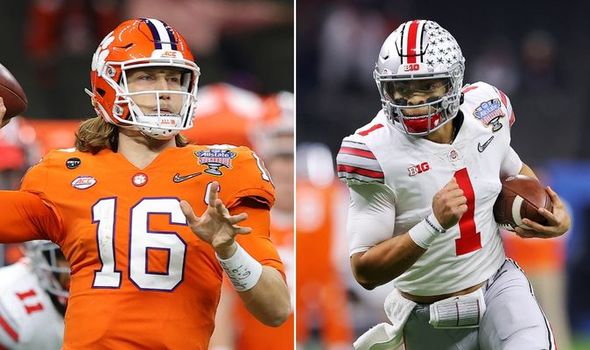 The top prospects from the NCAA collegiate system are up for grabs at the 2021 NFL Draft in Cleveland. But which players will define this year’s draft?

Express Sport takes a look at the eight names set to dominate the discussion on draft night, and beyond.

The presumptive No. 1 pick in this year’s draft, Lawrence has been described as the best quarterback prospect to come out of college since Andrew Luck, and there has been little-to-no debate over whether the Jacksonville Jaguars, owners of the No. 1 pick in the draft, will take him.

He’s calm, he’s confident and he appears to have all the throws in his arsenal to make a smooth transition to the pros, but everything comes at you faster, and the throwing windows get much smaller, much quicker, in the NFL, so nothing’s a given.

But in Lawrence’s case, it seems all of the draft analysts and talent evaluators out there appear united. He’s the best player in the draft class, and looks set to be the man to lead the Jags’ offense in 2021 and beyond. 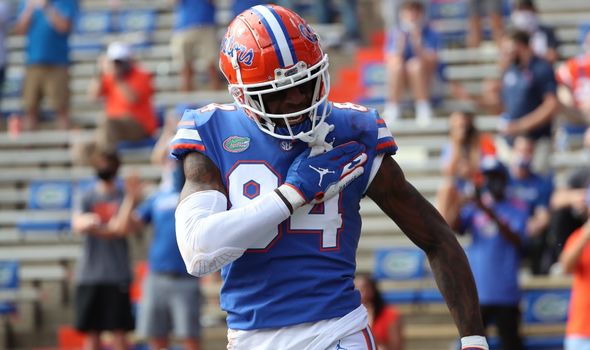 Pitts isn’t going to go at No. 1 in the draft. Indeed, he might not go at No. 2 or No. 3, either. But where the fleet-footed, sure-handed tight end does eventually go may well prove a defining factor in the first half of the first round of the NFL Draft.

Pitts is thought to be a generational talent at tight end, a crucial position in any team and often a favourite target for quarterbacks looking for reliable, strong pass-catchers across the middle of the field. It’s a position that has made superstars of the likes of Tampa Bay’s Rob Gronkowski, Kansas City’s Travis Kelce and San Francisco’s George Kittle. But typically, tight ends aren’t drafted that high up the order, as other positions are generally considered more valuable to the team as a whole.

But with Pitts there’s a suggestion that someone is going to take the plunge and take him early, and with a handful of teams, from Atlanta at No. 4 to Carolina at No. 8, all in a position where they may opt not to take one of the highly-rated quarterbacks off the board, it could see Pitts go very early in the draft and, in the process, leave one of the top collegiate passers free for someone further down the order.

If Atlanta pulled the trigger and took Pitts at No. 4, it could lead to some frenzied trade conversations as teams desperate for a new quarterback look to strike a late deal with the likes of Cincinnati, Miami and Detroit.

It wasn’t that long ago that the uber-talented Fields was considered the clear No. 2 prospect in the draft. Quick on his feet, accurate with his arm and a proven big-game performer, the Ohio State quarterback seemed the natural next pick for anyone looking to draft a play-caller.

But with the New York Jets at No. 2 seemingly falling in love with Brigham Young University’s Zach Wilson, and with San Francisco initially thought to be similarly smitten with Alabama’s Mac Jones at No. 3, there’s a chance Fields could drop down the order.

That would alert the Denver Broncos, who are known to be assessing their options at quarterback following  Drew Lock’s misfiring career in Colorado so far. But with Denver sitting at No. 9, they may have to trade up to ensure they get Fields ahead of the likes of the New England Patriots, who may also be considering a move up.

With a clutch of teams either sitting pretty with their existing quarterback, or willing to trade their pick for a blockbuster deal, the market for someone like Fields, or the similarly talented, but less-proven, Trey Lance, could hot up considerably on draft night.

Ja’Marr Chase could produce one of the most intriguing stories of the first round of the 2021 NFL Draft.

Considered by many analysts to be the top wide receiver on the board heading into the draft, Chase is likely to be coveted by a host of teams looking to add weapons to their established offense. But the one team who will be watched particularly closely will be the Cincinnati Bengals.

The Bengals are picking at No. 5, and have the dilemma of choosing between three excellent options to help strengthen the offense around second-year quarterback Joe Burrow.

One option will be to draft Oregon’s offensive tackle Penei Sewell, who could provide vital protection and buy more time for Burrow to find his receivers in 2021. Another possibility is the aforementioned Kyle Pitts at tight end. But the most fascinating option could be for the Bengals to pick Chase and reunite Burrow with the man he found so often during his record-breaking college days as LSU’s quarterback.

It would give the Bengals an established partnership that could deliver a regular supply of touchdowns, but to pick Chase would also mean passing up much-needed pass protection, or arguably the best pass-catching talent in the draft in Pitts. Any of the trio would help the Bengals, but if you’re looking for a fun reunion story on night one of the draft, Chase to Cincinnati would certainly provide one.

Standing six foot six and weighing in at around 325 pounds, Penei Sewell is all set to provide a sizeable presence for whoever takes him on night one of the NFL Draft. And, make no mistake, he’s not going to remain on the board for long.

While all of the attention is on the talented quarterback class heading into the first round, the likes of Sewell, Kyle Pitts and a clutch of talented wide receivers mean that teams not needing to draft their quarterback of the future are blessed with some solid options to bolster their team elsewhere.

The so-called “skill” positions may attract the lions’ share of the headlines, but the tackle position, particularly those guarding the quarterback’s blind side, is one of the most important in football, and Sewell is rated the best of the bunch heading into the draft.

Expect his name to come into consideration between pick No. 4 and No. 8, with Atlanta, Cincinnati, Miami, Detroit and Carolina all potential destinations for the 20-year-old. And, in the same vein as Pitts, if he goes before all of the top quarterback prospects have been taken, expect chaos as the remaining teams scramble to secure whichever passer has fallen down the order. 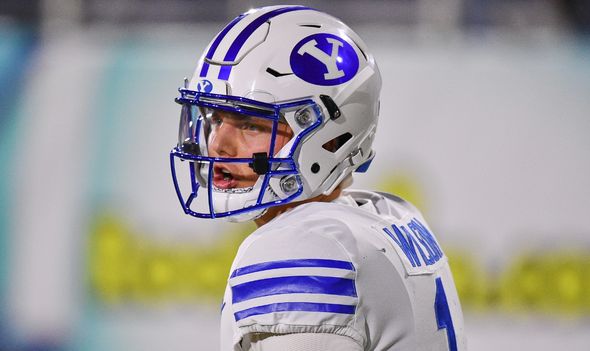 These three quarterbacks, along with the aforementioned Justin Fields, make up the best of the rest behind Trevor Lawrence in this year’s quarterback class of 2021, and while things certainly seem to be trending one way for two of this trio, a lot can change before draft night.

Wilson has been strongly linked to the Jets at No. 2, while Jones has been pencilled in for the 49ers at No. 3. But if one of them opts to take Fields, or take a gamble on Lance, instead, the whole draft could go a little haywire.

As things stand, everything seems set fair, with Wilson and Jones set to go early, and Lance likely to fall down the order a little. But anything can happen on draft night, where surprise decisions, last-minute trades and even a damaging news story could transform where a top prospect goes on the night.