The success of religious schools in men's college basketball has roots going back to the early days of the NCAA Tournament.

From the late 1940s through the early 1960s, Holy Cross, La Salle, San Francisco and Loyola Chicago all won national titles. In the 1970s, Marquette was a power and won the championship in 1975. Georgetown, Villanova and St. John's became elite programs in the 1980s and each made the Final Four in 1985. The former two won titles in consecutive seasons in 1984 and '85.

At the turn of the century, Gonzaga rose to national prominence. Villanova emerged again under Jay Wright a decade later and has won two of the past four championships.

However, no year has seen this much representation from religiously affiliated schools in the Sweet 16. Six schools are still alive — Baylor, Creighton, Gonzaga, Loyola Chicago, Oral Roberts and Villanova — which is more than any regional semifinals since the tournament expanded in 1984. 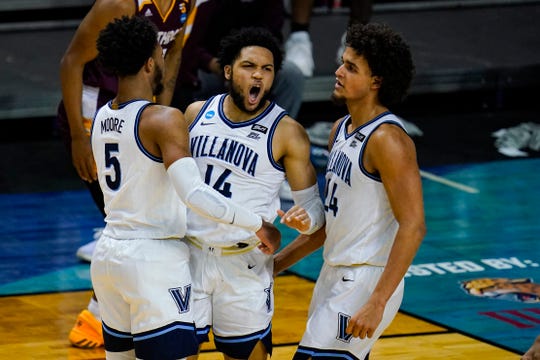 Only once have five teams been in the Sweet 16. That was the aforementioned 1985 season when Boston College and Loyola also won two games. There have been only two years with four schools making the second weekend — 1987 and 2006.

Notable among the demographic of most of the basketball powers that are religious schools is they are typically playing outside the bigger conferences. There's only four religious schools in Power Five leagues — Baylor, Boston College, Notre Dame and Texas Christian University.

So how do these schools in smaller leagues consistently compete with those with significantly greater resources?

One advantage is basketball is the primary sport at many of these institutions. Those that choose to play football primarily do it at the FCS level.

With athletics resources not stretched to include supporting football with 65 or 85 scholarships, the basketball programs get more focus. Basketball only allows 15 scholarships in Division I and it's much easier to turn around a program or be an elite team with recruiting classes being significantly smaller. You might only have two or three recruits. Less money is needed to maintain and upgrade facilities when you are talking about 10,000-seat areas compared to football stadiums at least twice that size or more.

It's hard to draw too much from this year's success in such a unique season, especially on the heels of only one team being in the Sweet 16 in 2019. However, there are guaranteed to be at least two religiously affiliated teams in the Elite Eight with Baylor and Villanova meeting and Gonzaga facing Creighton this weekend.

There are some positives from recent history that indicate this is a period of unique success for these schools. There is the possibility of three teams reaching the Final Four, equaling the record set 36 years ago. The only time since expansion there were two teams was 2018.

If one school reaches the Final Four that would be the fourth time in five seasons. That's noteworthy because there have only been 13 appearances since 1984 and six of them came in the 1980s.