Home » MLB » Gold Gloves preview: Which MLB stars are elite in the field? 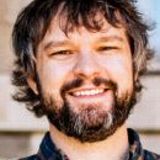 Trying to separate defensive talent in just a 60-game season is a near impossible task, and that’s part of the reason this year’s Gold Glove Awards do not include a voting component. While baseball still used the American and National League distinctions, the schedule was set up to minimize travel, and that meant many teams in the same league did not play against each other. Asking a manager or coach in the AL East to consider players out West whom they haven’t seen all season is a recipe for voting on reputation instead of the games this season. As a result, the Gold Gloves are being determined by a combination of defensive metrics put together by SABR.

Here’s a position-by-position look at the candidates as well as a few defensive stalwarts who wound up snubbed.