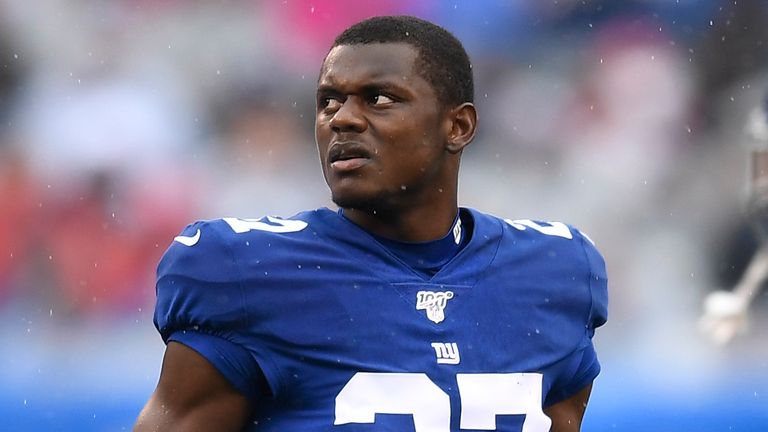 New York Giants cornerback DeAndre Baker will face prosecution on four counts of robbery with a firearm, while Seattle Seahawks cornerback Quinton Dunbar will not be charged after an alleged incident during a house party.

The decision on Baker was handed down by Broward County state attorney Mike Satz after Baker originally was charged with four counts of armed robbery and four counts of aggravated assault with a firearm.

Baker had pleaded not guilty to all charges against him in May and his lead attorney, Bradford Cohen, issued a statement on Instagram on Friday in response to the latest developments.

“Disgusting,” he wrote. “And no, I won’t hold back on behalf of this young man.

“To charge a young man based on admitted liars’ testimony is why we need change in Broward from the old guard.”

Criminal charges were not filed against Dunbar by Broward County prosecutors because of insufficient evidence, according to an ESPN report.

He originally had been charged with four counts of armed robbery in connection with the May incident in Florida.

Both NFL stars had pleaded not guilty to all charges in mid-May and were released from jail on bond.

According to an arrest warrant in May, both players were accused of taking both money and watches from partygoers at a Miramar home while they were armed with semiautomatic weapons. Baker was accused of threatening partygoers with a firearm.

Just over a week ago, the NFL placed both Baker and Dunbar on the Commissioner’s Exempt List, according to multiple reports, which is the equivalent of a paid leave as the league continues to review the case.

Baker has not been allowed to participate in the Giants’ virtual offseason program, while Dunbar has been participating with Seahawks’ season preparations.

As the case evolved, a search warrant in July alleged that Baker and Dunbar were reportedly involved in a cover-up following their arrests stemming from the incident.

According to a New York Daily News report, a warrant obtained as public record from the Broward County (Fla.) Clerk of Courts cites video evidence, social media messages and additional testimony that allegedly show a payoff of $55,000 for the four victims of the alleged robbery, all of whom have since given sworn statements about being paid off to recant their original statements.

Baker, 22, was a first-round pick of the Giants in 2019. He appeared in 16 games last season, making 15 starts and recording 61 tackles and eight passes defensed.

Dunbar, 28, was acquired by Seattle from Washington in March in exchange for a 2020 fifth-round pick. Last season, he recorded a career-high four interceptions in 11 games.