Just three days after Creighton men's basketball coach Greg McDermott was reinstated following a suspension for racially insensitive comments made after a recent loss, the program lost one of its top recruits.

Point guard TyTy Washington, a four-star recruit according to ESPN, announced on Twitter that he was decommitting from the Bluejays and would re-open his recruitment. Washington, though, did not give a reason why he decommitted.

"After a lot of discussion and talking with my family & coaches, I have decided to decommit from Creighton University, and reopen my recruitment," Washington wrote Thursday on Twitter. "I'd like to thank the Creighton coaching staff for the opportunities that they've placed before me."

McDermott revealed on March 2 that he had used a racially insensitive analogy after a loss on Feb. 27 and apologized for the comments in a statement posted on Twitter. 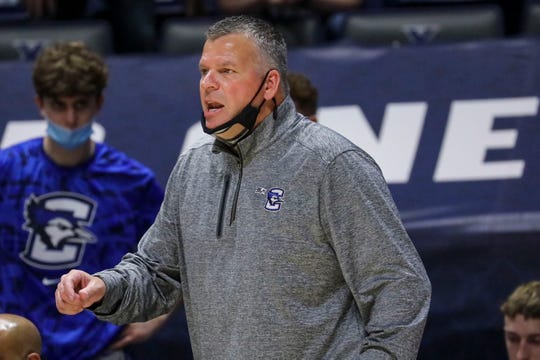 "Specifically, I said: 'Guys, we got to stick together,' " McDermott tweeted. " 'We need both feet in. I need everybody to stay on the plantation. I can't have anybody leave the plantation.' "

The word "plantation" carries racist overtones for its connotations of slavery and repression.

After the program announced the suspension, McDermott said he would not appeal it.

"I made a mistake and I own it," McDermott wrote March 4 on Twitter. "Mistakes come with consequences, and I accept and agree with the suspension."

Then, on Monday, Creighton announced that McDermott's suspension had been lifted and that he could return to regular team activities.

"I am grateful for the opportunity to return to all team activities and rejoin our incredible student athletes, coaches and staff," McDermott said in a Twitter post Monday night. "I fully understand and recognize that this does not mark the end, but rather the beginning of my work in learning, growing and earning back the trust of those that I have hurt. I am committed to doing better."

Creighton is 18-7 and ranked second in the Big East and plays Butler Thursday night in the Big East Tournament. The Bluejays are ranked 17th in the country in the Ferris Mowers Coaches Poll.