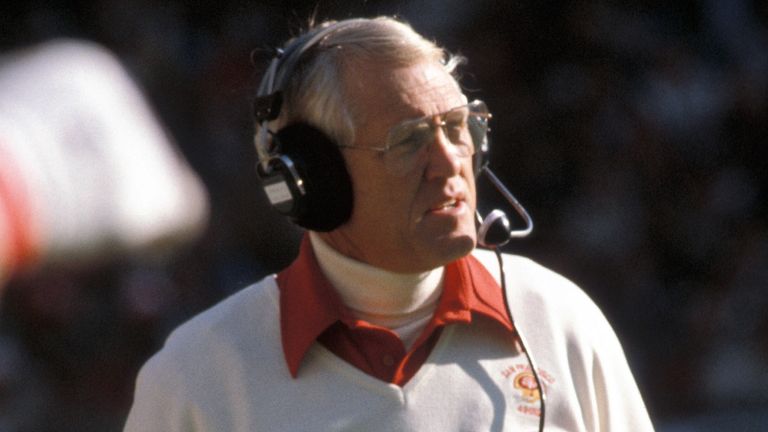 As we approach the 2021 NFL Draft, what better way to assess the incoming rookie class than by turning to an all-time great evaluator?

Three-time Super Bowl-winning, Hall of Fame coach Bill Walsh – who passed away in 2007 – drafted Joe Montana, Ronnie Lott and Jerry Rice. He traded for Steve Young. He could spot a star.

In Walsh’s 1998 book Finding the Winning Edge, he laid out a blueprint for how to identify talent. In this piece, we will follow that blueprint and assess the five quarterbacks entering the 2021 NFL Draft who are expected to go in the first round on April 29.

What would he be looking for?

Walsh’s requirements for firing a top-calibre quarterback went straight to the point. “The fundamental goal of passing the ball is to make sure it’s caught… by the intended receiver,” he says.

Elaborating, he makes the distinction that “arm strength and being able to pass are not synonymous. Essentially, velocity is not everything – you have to put the ball in the right place.”

Can the QB display the right touch to pass to a receiver, not just throw the ball at them? 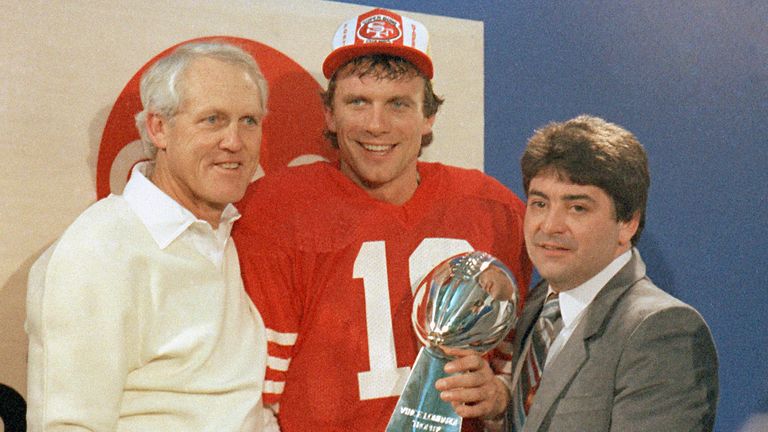 Walsh wants his signal-callers to have a “complete inventory” of passes, but it is not the be-all and end-all. Part of what makes good passing happen, according to the great coach, is an understanding of the offensive system and the receivers in it.

For rookies entering the league, this is tough. It is also tough for us to assess. They may know their current system inside and out, but will they be able to understand the playbook that meets them in the pros?

Physically, do they have a quick delivery? Walsh argues such a release is “primarily related to an inherent motor skill,” and that it will be hard to change or improve.

Do they have the ability to avoid an incoming pass-rush? Ultimately, your quarterback needs a baseline of athleticism in order to succeed. 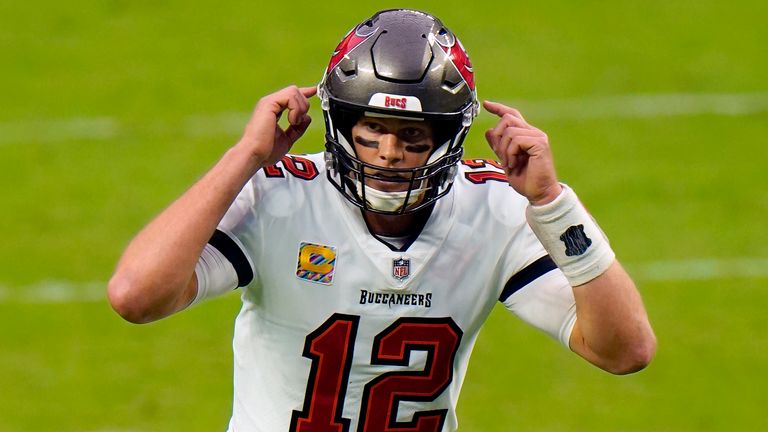 Beyond the physical is where it’s even harder to evaluate incoming youngsters. Walsh says “successful quarterbacks also have the ability to read defenses. Such a skill is not something that most quarterbacks have learned to a high degree coming out of college.”

However, he says the ability to move away from their primary target in a “composed, systematic manner” is the key. As he points out, “if throwing the ball was the only aspect of playing quarterback, evaluating the position would be a relatively easy task.”

Knowing what we do know about this year’s projected first-round QBs, how do they measure up? By anyone’s criteria, Lawrence ticks all the boxes. Physically, he is known for putting the ball precisely where it needs to be. He has the athleticism to avoid the rush and buy time, and will take off running if he needs to.

Lawrence mastered his offense, tossing 90 touchdowns to just 17 interceptions over three seasons. He only lost two games in that time, and displayed calmness, composure, vision and the raw talent to succeed each time he saw the field.

It is very hard to find a fault in Lawrence’s profile. Walsh wouldn’t hesitate to work with him – and very likely, have great success! 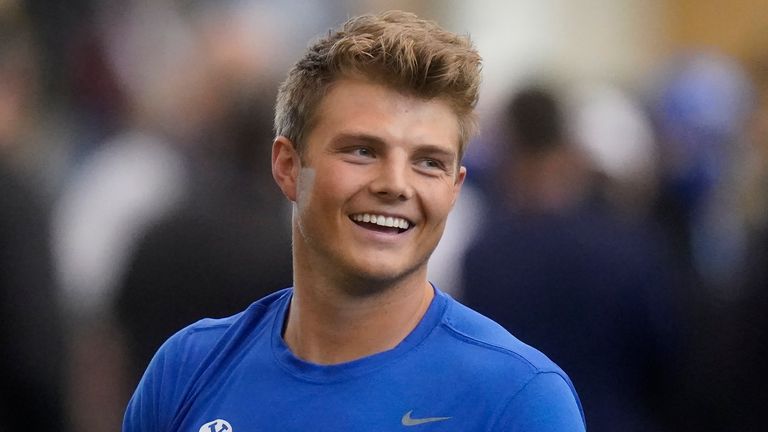 If only it were that simple.

Wilson is a divisive prospect. On the plus side, he has great athleticism to avoid pressure, and an arm that can hit targets in every area of the field.

BYU quarterback Zach Wilson, the presumed No. 2 overall pick, will attend next week's NFL draft in Cleveland, per sources.

However, does he use his legs too early? Even though he can make all the throws, does he hit pass-catchers in-stride or throw it ‘at’ them, as Walsh warns against? There are questions about his timing and anticipation, and the game certainly won’t slow down for him at the next level.

He has just one year of first-round level play after two years of being mediocre. Was it an anomaly or is he a great learner who is on the ascension? Wilson is facing plenty of questions. This year, we are treated to three top-tier prospects. Like Wilson, Fields has some holes in his game, but he is expected to be an NFL starter for years to come. Walsh would admire his physical ability to avoid pass-rushers and create plays for himself.

Fields has outstanding arm strength and ability, even under pressure and when on the move. He can ‘make all the throws’ – and to where his receivers can make plays. With an astounding 63 touchdowns to nine picks, Fields clearly doesn’t make mistakes often.

However, his ability to move through his progressions has been picked apart in the pre-draft process, with analysts saying he needs to be quicker, should identify blitzes faster, and shouldn’t hold on to the ball for too long. He might have a systematic approach, but it needs speeding up.

Are these reasons enough to hesitate on drafting him? 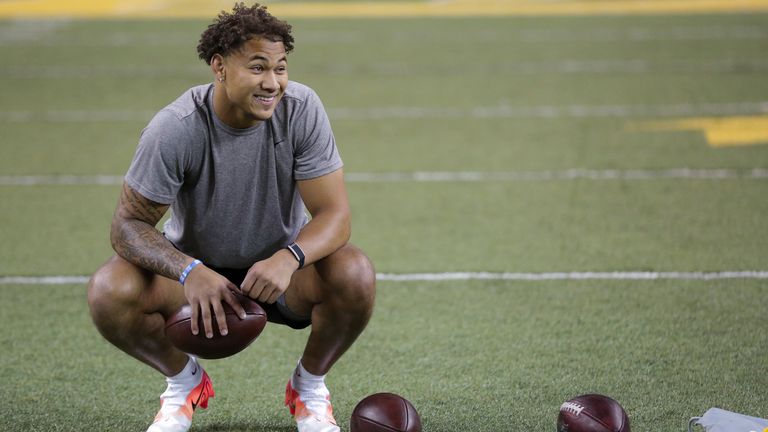 Small-school QB Lance is the biggest enigma of the likely first-rounders. His evaluation is based on pure potential, as his production in college is hard to translate to the pros.

As NDSU played just one game in 2020 due to the coronavirus pandemic, Lance has one full season of stats to go on (2019). But it was flawless: 28 passing touchdowns, no interceptions. 16 games, 16 wins.

What this year’s evaluators must do is project where his talents take him two or three years down the line. He didn’t face high-level competition, and we’ve only got one year of information to work with. Plus, he’s only 20 years old!

NFL Network’s Daniel Jeremiah called Lance’s ball placement ‘excellent’, said he “makes full-field reads”, and “has outstanding instincts to avoid and create from the pocket”. He appears to tick all the right boxes, but is picking him simply too much of a leap of faith? Though Walsh was writing 20 years ago and NFL players have continued to grow in stature, Jones is another who fits the bill of the ‘ideal’ QB size, at 6-foot-3 and 214 pounds.

With his ability to play within the structure of an attack that boasted outstanding protection and playmakers around him, Jones thrived at Alabama. He processed defenses quickly, went through progressions calmly, and found receivers in-stride. Sounds like the ideal Walsh QB, right?

However, scouts will pick apart his lack of athletic ability. He did not contribute anything as a runner, which is an element most modern offensive minds want in their attacks. He did not make plays out of the pocket, and does not possess a cannon for an arm like our other QBs.

But as Walsh says, “velocity is not everything”. Jones appears to have massive potential to thrive in the right situation.

Since we are looking exclusively at first-rounders, all five of these young men appear to be ‘Bill Walsh quarterbacks’.

Trevor Lawrence is regarded as a can’t-miss prospect while Zach Wilson and Justin Fields should be top-five selections, with Trey Lance likely following right behind them, despite some question marks.

The intriguing pick here is Mac Jones, who began the process as a late-first-round prospect, but has flown up draft boards with many analysts saying he will be the San Francisco 49ers’ selection at No 3 overall after their trade up.

Based on Walsh’s criteria, Jones certainly appears to fit the bill as a cerebral, accurate quarterback who will command his offense.

Regardless of what order these five men end up being drafted in, it is certainly a good year to be in need of a QB.