Tiger Woods targeted a second round of 66 to make the halfway cut in the 150th Open after struggling to an opening 78 at St Andrews.

Returning to the scene of two of his three Open victories, Woods carded three birdies, five bogeys and two double bogeys in a round which took six hours and eight minutes to complete.

The 15-time major winner never recovered from a nightmare start which saw him hit his approach to the first, from a fairway divot, into the Swilcan Burn in front of the green. 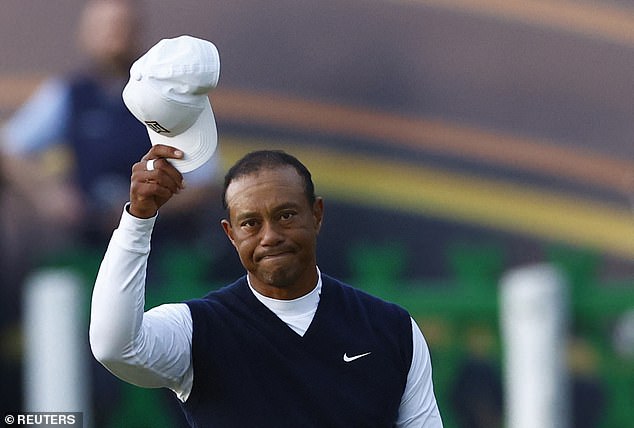 Tiger Woods carded three birdies, five bogeys and two double bogeys in a round which took six hours and eight minutes to complete

‘Probably highest score as I could have shot,’ the 46-year-old said. ‘Hit a good tee shot down one, ended up right in the middle of a fresh divot and I hit a good shot. Wind gusts hit it and ended up in the burn, and start off with a double.

‘I think I had maybe four or five three-putts today. Just wasn’t very good on the greens. And every putt I left short. I struggled with hitting the putts hard enough.

‘The greens were very firm but slow and it’s an interesting combo. And we weren’t exactly speed demons out there either. The whole round took a long time, and we were getting waved up. And it was a long, slow day.’

Woods praised the unwavering support of the crowds and admitted it was ‘very, very meaningful’ to be able to play the Old Course once more following the severe injuries he suffered in a car accident in February last year. 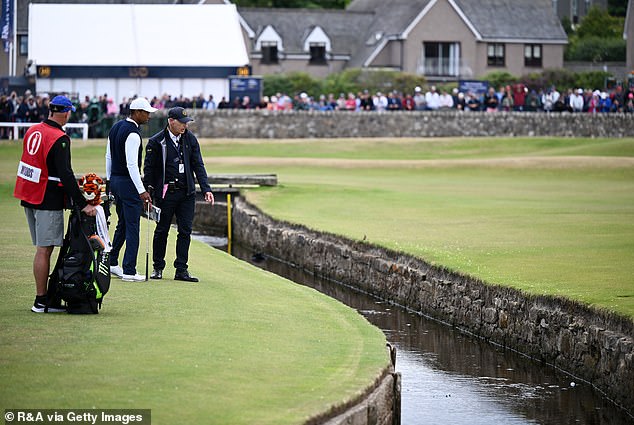 ‘All things considered, where I’ve been, I was hoping I could play this event this year,’ he added.

‘Looking at it at the beginning of the year, end of last year, when I was rehabbing, trying to see if I could do it, somehow I was able to play two of the major championships in between then and now, which was great.

‘But this was always on the calendar to hopefully be well enough to play it. And I am. And just didn’t do a very good job of it.

‘Looks like I’m going to have to shoot 66 tomorrow to have a chance (to make the cut). Obviously it has been done, guys did it today, and that’s my responsibility tomorrow is to go ahead and do it. Need to do it.’ 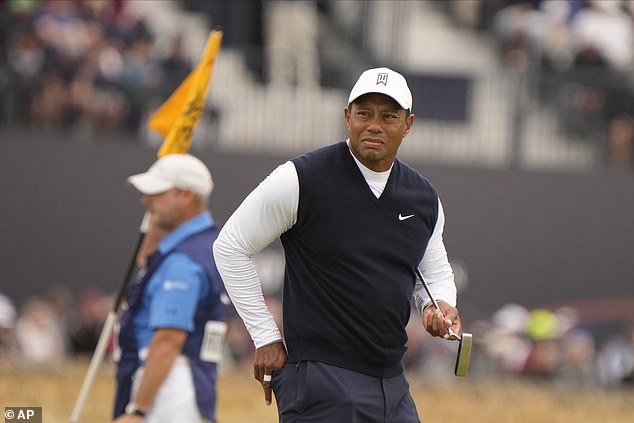