TEE ROOM: Mark Calcavecchia tears up after playing his last event, John Daly lights up at the fifth hole and pesky seagulls are the unexpected birdies… the top talking points after the second day at the 150th Open

Australian star Cameron Smith moved into the lead at The Open with a record halfway total as he kept his nose ahead of Cameron Young and Rory McIlroy.

McIlroy is still in contention after a fantastic first day, while it was an emotional day for Tiger Woods as he missed the cut at St Andrews before receiving a rousing reception on what could well be his final appearance at the iconic venue.

Below, Sportsmail looks at several other talking points after the second day of the oldest golf tournament in the world. 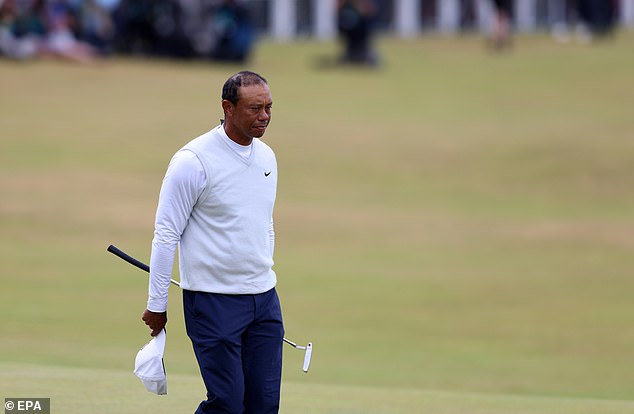 Hartlepool and Sweden-based qualifier Alex Wrigley shot a respectable 73 to finish his unexpected stint at St Andrews, but it will not be long before he is back at an Open. At both the forthcoming Scottish and British Women’s Opens he will be coaching his wife Johanna Gustavsson, a pro who caddied for him this week.

Mark Calcavecchia, the 62-year-old winner of the 1989 Open, played his final event at this level and teared up as he stopped with his wife on the Swilcan Bridge.

‘I get a little choked up sometimes,’ said the American, who shot 21-over to finish last and believes he needs knee surgery. 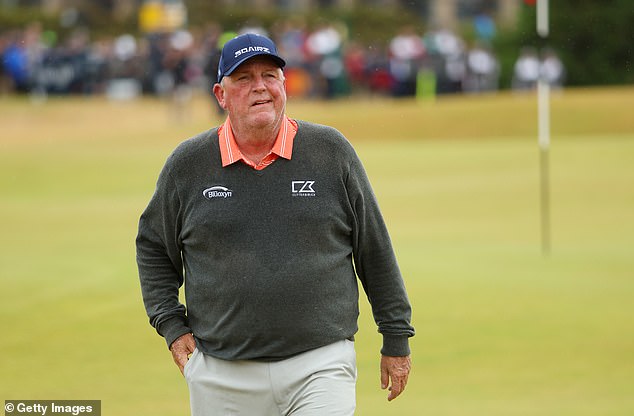 Man of the people John Daly answered the call of a fellow smoker as he waited to tee off at the fifth hole.

The American champion of 1995 was asked if he had a light by the spectator and when his lighter struggled to work in the wind handed the fan his lit cigarette to do the job, before being given it back. 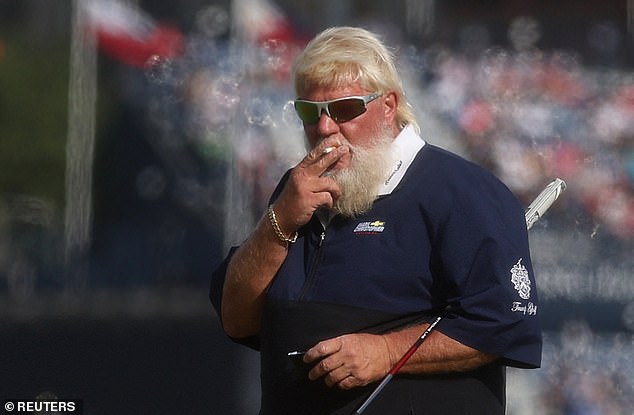 A narrow escape in the crowded makeshift terrace overlooking the 12th green. Keith Mitchell wildly hooked his drive, which flew straight into the all-standing area. Luckily nobody was hurt and, having identified his ball, the American used the drop zone and escaped with a par.

BATTLE OF THE BIRDIES

The R&A are throwing everything at keeping nesting seagulls off the course this week, especially its outer reaches, although a few were still swooping in.

An Indian Eagle Owl, African Tawny Eagle and Harris Hawk are all being professionally deployed to deter them from being a nuisance. 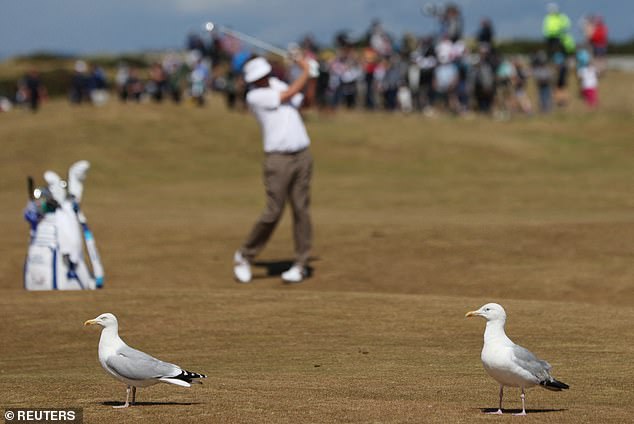