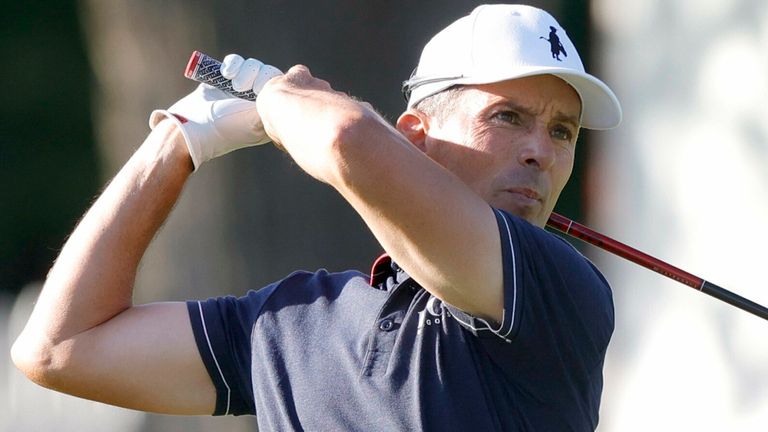 Mike Weir carded an impressive second-round 65 to jump four ahead at the halfway stage of the KitchenAid Senior PGA Championship in Oklahoma.

The former Masters champion mixed six birdies with one bogey during his second round at Southern Hills Country Club, lifting him to seven under for the tournament and pulling clear of a three-way tie for second that contains US Ryder Cup captain Steve Stricker.

Weir, who claimed a maiden PGA Tour Champions title earlier this month at the Insperity Invitational, birdied his opening hole and followed back-to-back gains from the 13th by taking advantage of the par-four 17th to reach the turn in 31.

The Canadian made successive birdies from the fourth but failed to get up and down from a greenside bunker to save par at the sixth, with Weir then scrambling in fading light to avoid making any further bogeys over his closing three holes.

“It was a really fun round of golf,” Weir said. “It’s a very demanding golf course, so when you have your opportunities and take advantage of them you feel good because you know you’re going to be fighting for some pars on some holes.”

Stricker had to play the first 11 holes of his opening round on Friday after weather delays the previous day, with rounds of 69 and 68 on the par-70 layout leaving him tied-second with Rocco Mediate and John Riegger.

Riegger had three holes remaining when play was suspended due to darkness at 8.31pm local time (2.31am BST), with the American one of 18 players set to return early on Saturday morning to finish their second rounds. 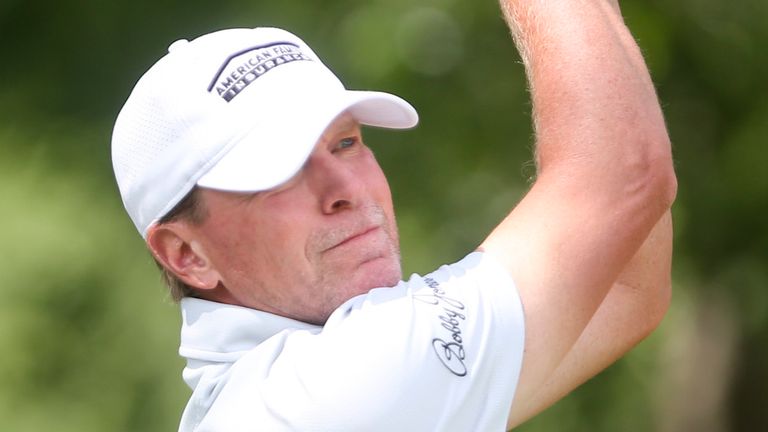 K.J Choi sits in sixth spot ahead of Australia’s Stephen Leaney, while Bob Soward threatened the outright lead until finishing his second-round 75 with three double-bogeys in the last four holes.

Sky Sports’ Rich Beem sits inside the top-20 thanks to a second-round 69 and heads into the weekend on two over, with Darren Clarke a further stroke back after four birdies in his last five holes helped him to a two-under 68.

Watch the KitchenAid Senior PGA Championship throughout the weekend on Sky Sports. Live coverage continues Saturday from 8pm via the red button on Sky Sports Golf.