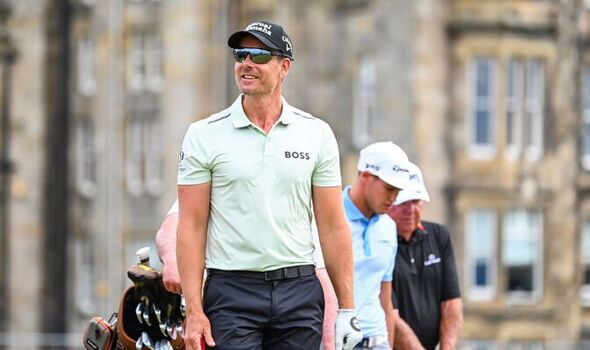 European skipper Henrik Stenson’s controversial move to join the rebel LIV Tour has made “a mockery” of the Ryder Cup, according to Tony Jacklin.

The Ryder Cup legend believes 46-year-old Swede Stenson’s decision to turn his back on the captaincy is “a complete disaster” and he wonders whether the biennial team event will ever be the same again.

“Stenson’s decision makes a mockery of the matches,” Jacklin told Express Sport. “It’s the end of the Ryder Cup as we know it, it’s bound to be.

“You cannot call it a credible event any more, and you can say the same for the Presidents Cup now too.

“Once the teams involved are not represented by the strongest players and individuals, the credibility of the competition is spent.

“The whole thing is screwed up. It’s all come down to money, how much of it the players can earn, and we’re only at the first round of it.

“It’s a complete disaster and an extremely sad state of affairs. The LIV players are laughing all the way to the bank – they are having a honeymoon with all the money.

long-term consequences will be for golf’s officialdom, organisations like the R&A, the USGA, The Masters. All these institutions are affected by this crazy situation.

“They’ve got about 250 days until The Masters, the next Major championship, to sort all this out. Who’s going to be allowed to play in which events going forward, that’s the next question.” 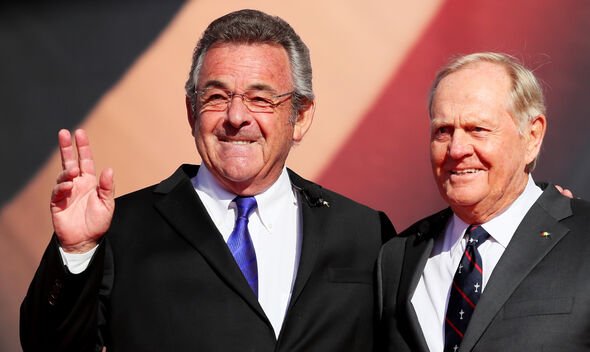 Jacklin, who ushered in a new era of European Ryder Cup dominance when he was captain in the Eighties, believes the only solution to golf’s civil war is for the Saudi-backed LIV Tour to be recognised as a legitimate circuit allowed to operate alongside the traditional tournaments.

“Right now you’ve got the vast majority of people in the golf business walking around in a daze, with no idea how this is all going to end up,” said the winner of the 1969 Open and 1970 US Open.

“I don’t see an end game unless the Saudis are permitted to run their tour alongside the existing environment. That’s the best we can hope for.

“If LIV can salvage a way to get world ranking points from Asian Tour events, that is what they will do.

“To be fair, I don’t blame the players. Why do we all work? For money, of course, and to be better off. I don’t blame them but the upshot of it all is that it puts the kybosh on the Ryder Cup and the Presidents Cup.

“I simply cannot see the PGA Tour or the DP World Tour letting them in as partners other than if the respective CEOs, Jay Monahan or Keith Pelley resign, or their boards resign, and why would they do that?

“If this whole situation scuppers the Ryder Cup, which it would seem is going to happen, then part of my legacy falls by the wayside. But I guess that is what happens in life sometimes – you just never know how things are going to turn out.”