Rory McIlroy has warned Viktor Hovland he’s confident of winning the 150th Open Championships on Sunday because he’s a much-improved player since he last won a major at the PGA Championship in 2014. McIlroy goes into the fourth and final round at St Andrews tied with Hovland for the lead on 16 under.

The Northern Irishman, who has been seeking a fifth major for eight years, managed a six-under-par 66 on Saturday thanks to five birdies and a magnificent eagle out of the bunker on the 10th hole. McIlroy heads into the final day with a brilliant opportunity to end his long wait for another major.

He is looking to copy the likes of Tiger Woods, Jack Nicklaus and Nick Faldo as a winner of The Open on the Old Course at St Andrews – dubbed the ‘Home of Golf’. McIlroy would also join an elite group of multiple-time Open champions, which of course also includes three-time champion Woods, if he were to survive the pressure on Sunday having been triumphant at the same event in 2014. 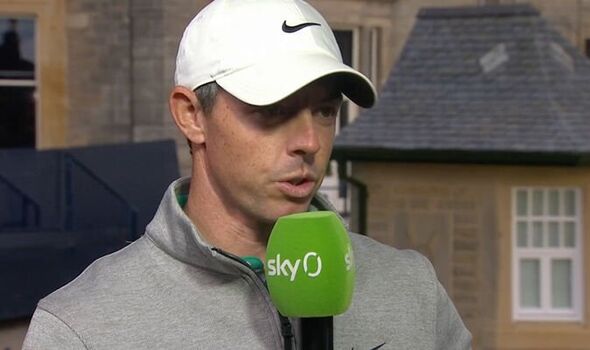 “I’ve done it before, I know I can do it again. I’ve just got to go out there tomorrow, stay in my own little world, shoot another good score and hopefully that’s good enough. It would mean everything because of what I’ve been through the last few years and trying to get that fifth one and everything.

“I need to go out and keep the same mindset I had today and the last three years now – stay in my own little world. I know if I can go out there and play my game I can shoot scores like this on this golf course. I just need to do it for one more day.

“Then I’ll give you all the superlatives and everything else that may happen if that does happen! Right now I’ve got to rest, recover and focus on myself and try and go out and shoot another good one tomorrow.” On his sublime eagle, McIlroy added: “It was really cool – I think it was the first bunker I’ve been in this week! I’ve practiced a good bit out of them on the practice green. 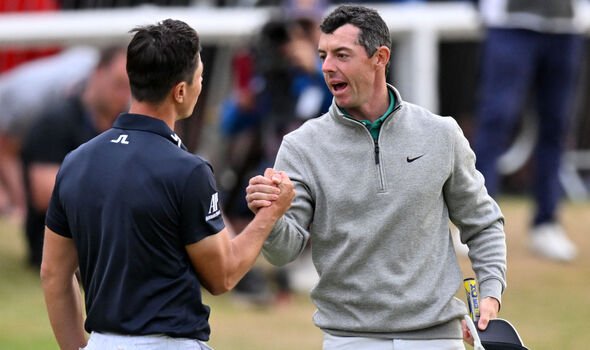 “Where that pin was as well, it was right on the little nob and it landed perfectly. That’s a bonus. To try to win these Championships, things like that need to go your way at certain times and thankfully that one there was a nice bonus on 10.”

Norway’s Hovland, who also managed a six-under-par third round, is on course for his first ever top-10 finish at a major but his sights will very much be set on a first ever victory. He said: “It might not have looked like it, being bogey free, but man I had a lot of short putts for par that I needed to make. I was really happy I was able to stay bogey free.”

Asked about the chance to win the 150th Open, he said: “It’s pretty outrageous to be fair. I’d never been here before so the start of the week I was trying to soak everything in. I’ve come into this tournament with some lousy performances so I’m glad it’s turned around this week. I’m just trying to make the most of it. I’m going to have a lot of fun tomorrow.”