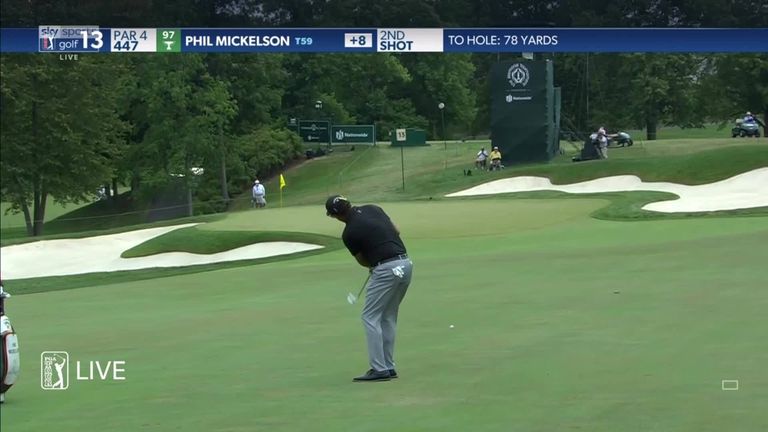 Phil Mickelson lived up to his reputation as “Phil the Thrill” with a remarkable par during the final round of the Memorial Tournament.

The five-time major champion was already out of contention and moving down the leaderboard, having followed a front-nine 40 with another bogey at the 10th on a brutal day for scoring at Muirfield Village.

Mickelson was eight over for the week and some 20 strokes back from overnight leader Jon Rahm when he reached the par-four 13h, where his tee shot found the middle of the fairway and left him 78 yards from the flag. 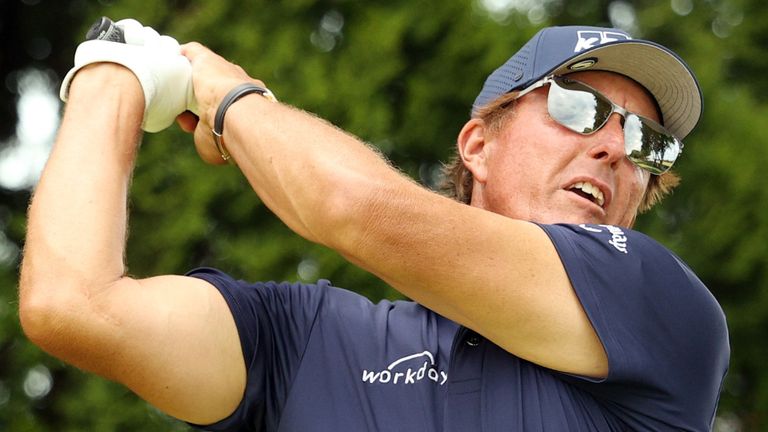 With the fairways and greens baked by the hot and humid conditions in Ohio, as well the flag being tucked tight close to the bunker protecting the left-side of the green, Mickelson tried the unthinkable in his attempt to get the ball close to the flag.

Mickelson elected to ditch his wedges in favour of the flat stick, despite being more than 230 feet from the hole, with his approach putted to just short of the green and finishing 35 feet from the pin.