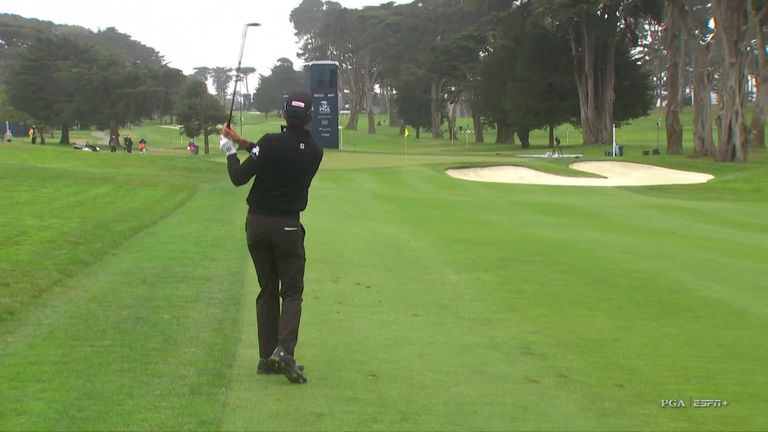 Huge birdies, unlikely hole-outs and impressive approaches all feature in the shots of the day from an eventful opening round at the PGA Championship.

Brendon Todd holds a share of the early lead alongside 2015 champion Jason Day, with a string of impressive efforts helping him to a five-under 65 at TPC Harding Park. An opening-hole eagle from the fairway by Adam Hadwin set the Canadian on his way to an opening-round 68, with Rafa Cabrera-Bello inches away from matching his effort on the same par-four.

Brendan Steele was a whisker away from the first hole-in-one of the major season at the par-three 17th, the same par-three where Tommy Fleetwood and Tom Lewis both made monster birdies.

A bunker hole-out from Bernd Wiesberger at the par-four 15th allowed the Austrian to move back under par for the day, with Bud Cauley and Corey Conners among the others to feature in Thursday’s best efforts!