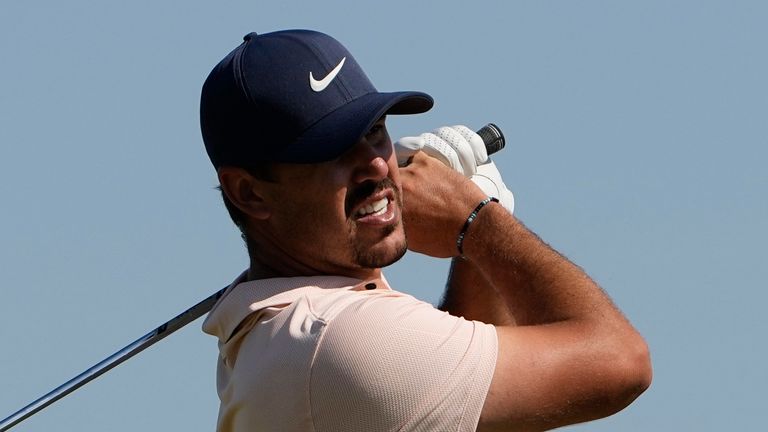 Brooks Koepka hit out at the Kiawah Island crowd after being caught up in the scrum following Phil Mickelson’s victory stroll up the final fairway at the PGA Championship.

Koepka admitted it was “super cool” to see Mickelson become the oldest major champion in history, and conceded he contributed to his own downfall with a poor performance on the greens over the weekend.

But the two-time champion had more concerns over his surgically repaired knee after taking several knocks shortly after the spectators swarmed onto the fairway once Mickelson had effectively sealed victory when he found the heart of the green with his second. 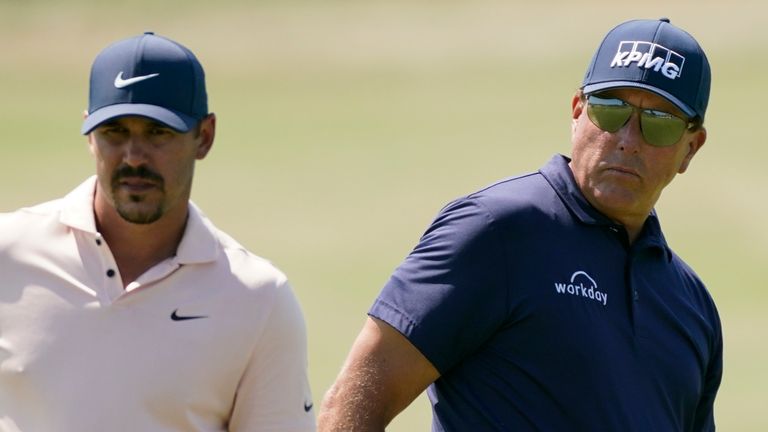 Koepka underwent surgery a few weeks before the Masters and revealed pre-tournament that he is unlikely to regain full fitness for six months, although he insisted the issue does not affect his ability to make a full swing. But he hopes he had not suffered a setback in his recovery after being lost in the melee on the Ocean Course.

“It’s cool for Phil, but getting dinged a few times isn’t exactly my idea of fun,” added Koepka, who hinted that some in the crowd may have been trying to injure him intentionally.

“I was trying to protect my knee. When there’s five people kind of standing by your knee, you get a little skittish. I don’t mind waiting or being in that crowd but I don’t know, it felt like somebody tried to … I don’t know what the deal was, but it’s what it is. I’ll be putting it in ice later, it feels like s*** right now.

Koepka made a bright start to the final round as he jumped into the lead with a birdie at the first against Mickelson’s bogey, but he dropped three shots on the two par-fives on the front nine and also ran up a six at the long 11th. 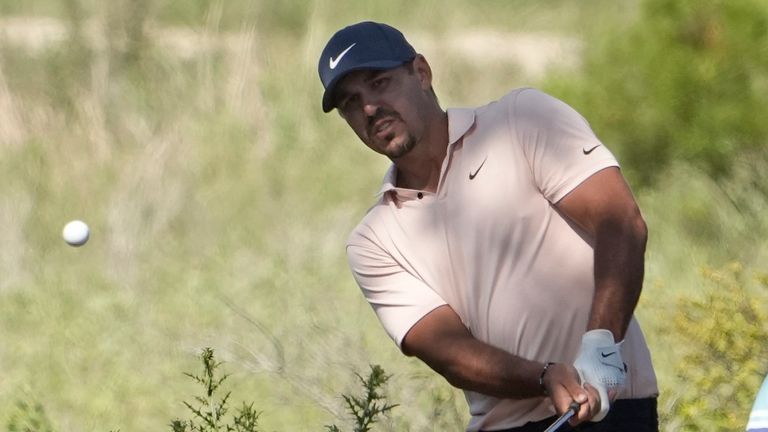 He revived his hopes of getting his name on the Wanamaker Trophy for the third time in four years with birdies at 15 and 16, but Mickelson held firm over the fearsome closing stretch to secure his record-breaking sixth major title.

“The knee felt great, it really did, the knee was not an issue,” added Koepka. “I was able to push off of it and I didn’t have one shot this week where I felt like I couldn’t push off it. It definitely felt like the strongest it’s been, probably up till the last.

“But look at how bad I putted the last three days. It felt like tap-ins I was missing. I never felt comfortable, and you’re not going to win if you do that.

“Phil played great and I thought he played that entire stretch from six to 13 so well. So you know, I’m happy for him, Amy and Tim. It’s pretty cool to see, and you know, but a bit disappointed in myself.

“I’m super disappointed, pretty bummed. I’m not happy. I don’t know if there’s a right word I can say here without getting fined, but it hurts a little bit. It’s one of those things where I just never felt comfortable over the putts. I don’t know why, what happened.

You know, I spent all weekend, the weekend before working on it and it was great, and you know, just over-did it. The last nine, I just tried to go back to what I’ve always done and I felt like I was hitting better putts. I just wish I would have done it sooner.”