Home » Golf » Masters moments: Ian Woosnam wins in 1991 and gets a lift from caddie ‘Wobbly’ 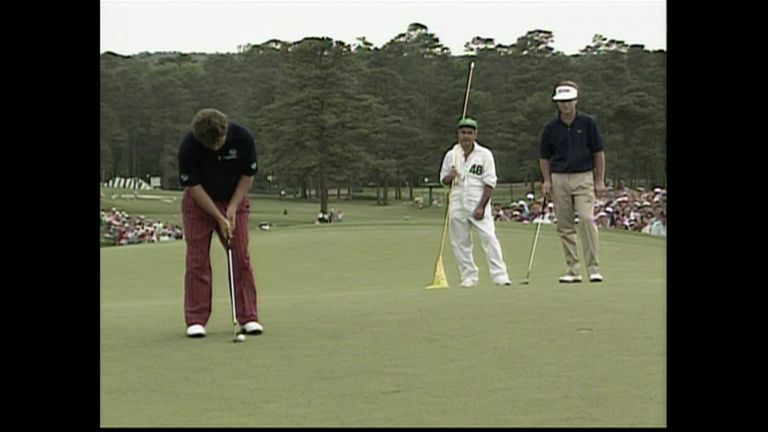 As the countdown continues towards the delayed 2020 Masters, we take you back to 1991 at Augusta National and Ian Woosnam’s maiden major triumph.

Woosnam arrived for his fourth Masters appearance ranked second in the world behind defending champion Nick Faldo, and with five top-10 finishes to his name in major championships.

The Welshman was five off the pace after an opening-round 72, but he responded with an impressive 62 on day two which got him within two strokes of the halfway leader, and home favourite, Tom Watson. 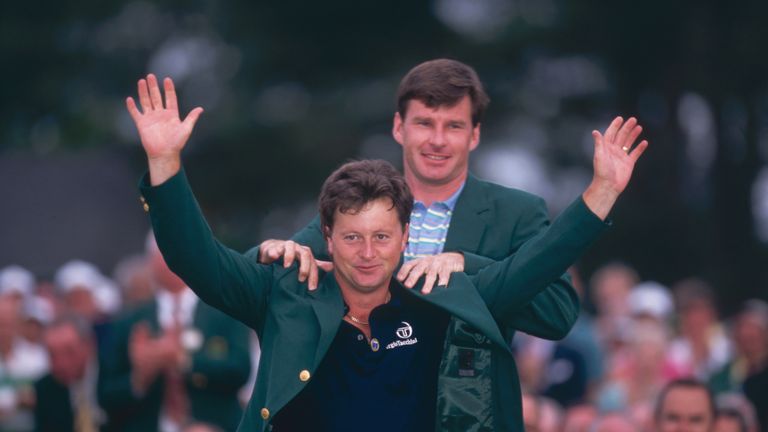 Woosnam carried that good form into Saturday and fired a 67 which was good enough to earn him the outright lead on 11 under, one ahead of Watson and three clear of Ryder Cup team-mate Jose Maria Olazabal.

He extended his advantage to three strokes by the turn on the final day, but he bogeyed the 10th and ran up a six at the long 13th, where Olazabal birdied and Watson energised the patrons with an eagle-three.

Olazabal birdied 14 to draw level, and both birdied the next as Watson rolled in another eagle putt to make it a three-way tie for the lead and set up a pulsating finish.

A play-off looked a certainty with the leading trio still tied at the top playing the 18th, but Olazabal bogeyed and, with Watson struggling to save par, Woosnam missed the green left and pitched to six feet.

Watson failed to save par, and Woosnam held his nerve to stroke him the tricky putt for the winning par and was immediately swept off his feet by caddie Phil “Wobbly” Morbey, creating another iconic Masters image.

Click on the video above to look back at Woosnam’s winning moment, and his celebration with Wobbly!

How The Masters Was Won