Luke Donald is set to be named Europe’s new Ryder Cup captain next week, replacing the deposed Henrik Stenson who is demanding fair treatment after his defection to LIV Golf.

Donald, 44, who played in four Ryder Cups, is set to take charge of next year’s meeting with the United States in Rome.

Stenson was stripped of the captaincy after signing with the controversial Saudi-backed breakaway earlier this month. 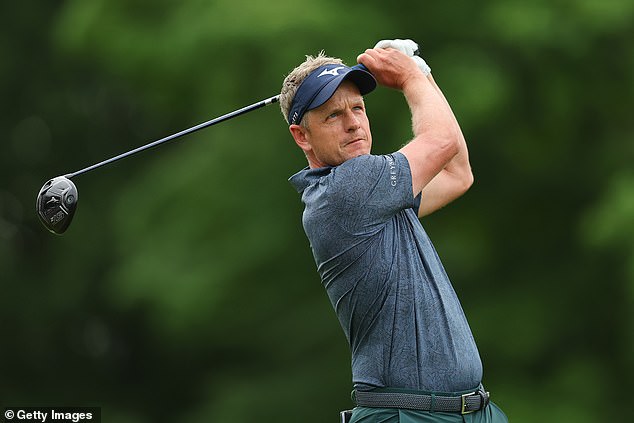 The Swede was appointed in March, describing it as ‘beyond my wildest dreams’. But on Thursday, he gave a press conference in New Jersey ahead of his LIV debut at Donald Trump’s Bedminster course.

‘I don’t feel like I’ve given the captaincy up. I made every arrangement possible here to be able to fulfil my captain’s duties, and I’ve had great help from LIV to be able to do that. And still, the decision was made that I was to be removed.’ 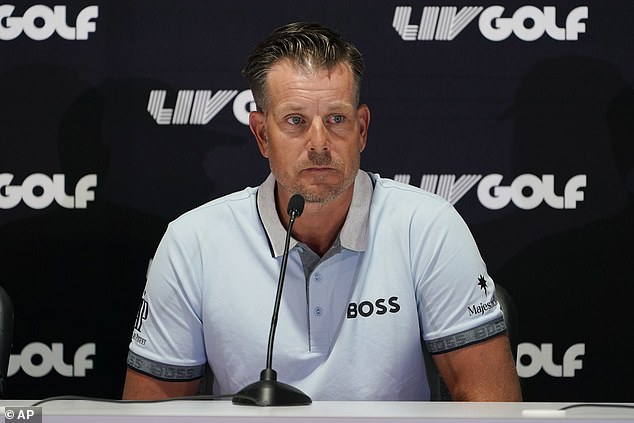 Stenson conceded that money played a role in his defection but pleaded privacy when asked whether his Ryder Cup contract stipulated he could not join a rival tour. Nor did he deny that he could explore legal avenues.

All of Stenson, Lee Westwood and Ian Poulter await confirmation on what defection means for their Ryder Cup futures.

‘I just expect to be treated fairly depending on what the outcomes are in this whole case, and it is yet to be seen what decisions are to be made and when we will be notified of anything,’ he said.

‘It’s a shame that we ended up in this situation, and I just hope that we can get a resolution as soon as possible.’

And on Donald’s impending appointment, Stenson added: ‘That’s news to me… I don’t feel like I should comment on that until that’s official.’