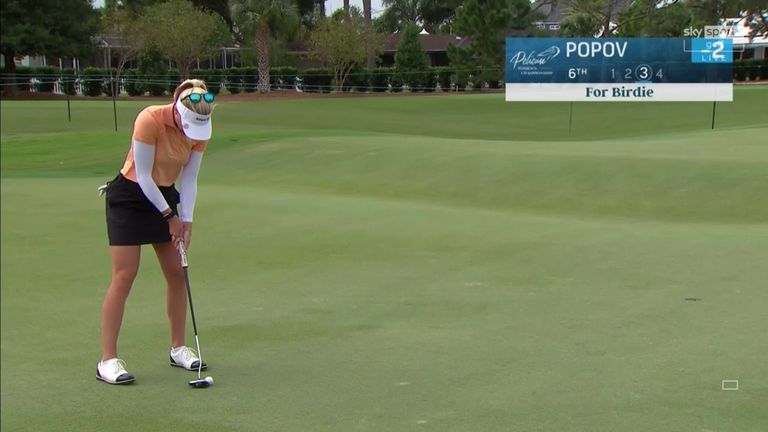 AIG Women’s Open champion Sophia Popov fired five straight birdies on her way to a two-shot lead after the opening round of the Pelican Women’s Championship.

The German mixed eight birdies with two bogeys on her way to a six-under 64 on a tough-scoring day at Pelican Golf Club in Florida, where only 21 of the 108 players finished their rounds under par.

South Africa’s Ashleigh Buhai is the closest challenger on four under and Sei Young Kim is three strokes back alongside Ally McDonald, while England’s Jodi Ewart Shadoff is in tied-fifth after a two-under 68.

“I think I’m playing with a different confidence level,” Popov said. “The shots are there, I always had them I felt like. I think mentally I’ve never felt as freed up as I do now. I don’t know if that’s from winning the tournament or just overall just having more fun out here. 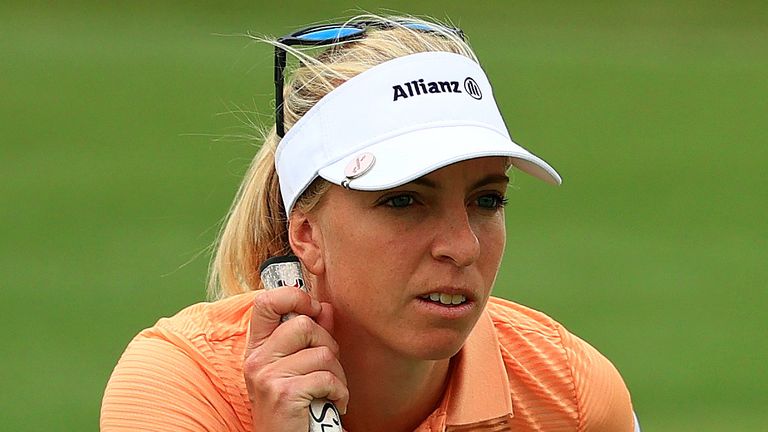 “Having obviously an exemption for the next couple years just frees up the swing a little bit, my mindset, I can be a little bit more aggressive, and I think I just took advantage of that.”

Popov followed birdies at the second and fifth by rolling in a 10-footer at the next to grab a share of the lead, before flicking a wedge to close range at the seventh and holing a putt from off the green at the ninth.

Popov’s bogey at the last saw her temporarily three clear in the clubhouse, only for Buhai to close the gap by closing out her four-under 66 with three birdies over the final four holes.

Lexi Thompson made a hole-in-one at the par-three third on her way to a level-par 70, while world No 1 Jin Young Ko marked the start of her first LPGA Tour appearance of 2020 with a two-over 72.