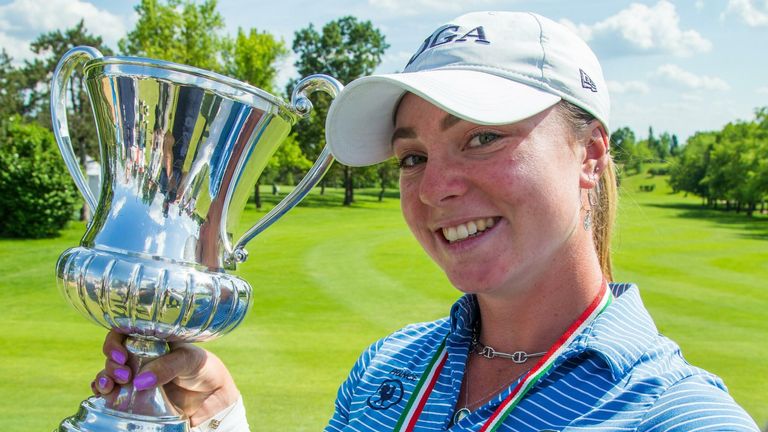 The 18-year-old, playing in just her second LET event, birdied her final two holes to card a level-par 72 at Golf Club Margara and finish on seven under, one ahead of England’s Gabriella Cowley and Finland’s Ursula Wikstrom.

“It was an amazing day,” Malchirand said. “I played up and down, I made bogeys and birdies and bogeys and birdies, so it was quite stressful, but it was really good. On the back nine there are a lot of leaderboards, so I saw my name on top and then going down and then back on top. I thought to myself I need to do my best, but I finally did it and it’s amazing!”

Malchirand started the day one ahead but quickly lost her overnight advantage with a bogey at the first, as playing partner Cowley made a birdie, before both players dropped a shot at the par-five next but made birdies at the par-five sixth.

The Junior Solheim Cup player responded to a bogey at the seventh with a birdie at the ninth to reach the turn one behind Cowley, who posted a front-nine 35, only for both players to bogey the par-four tenth.

Malchirand regained her lead with back-to-back birdies from the 11th but then bogeyed the 13th and 15th, as Cowley cancelled out her dropped shot at the 11th by matching her playing partner’s birdie at the next.

Wikstrom, playing several groups ahead, had eagled her final hole to post a four-under 68 and set the clubhouse target at six under, which Cowley matched after failing to find a birdie over the closing holes, allowing Malchirand to snatch her breakthrough victory with a birdie-birdie finish.

“Right now, it’s hard to take it all in but tied for second is still a great week and I’ll take a lot from it,” Cowley said. “I’ve left putts short all day, I thought it was my time, but it wasn’t.”

A round-of-the-day 67 lifted Scotland’s Michele Thompson to tied-fourth and on five under with Wales’ Chloe Williams and Australian Stephanie Kyriacou, while a final-hole eagle helped Eleanor Givens to a share of seventh.