When Woosie wowed the world! 30 years on from his famous Masters win, the Welshman is ready for another crack at Augusta

Ian Woosnam is having a look forward before he takes a glance back. He’s excited, practically bouncing, and it’s been a while since he could do that.

‘If I’m going all that way, over to Augusta, I might as well tell people I’m going to win it,’ he says. ‘I’ll get another of those nice jackets — maybe borrow one from the press officer again — and I’ll bring some lamb over in the golf bag, do it right this time.’

He’s having a giggle, the 63-year-old they call Woosie. It’s been 30 years since this marvellous little Welshman won the Masters and two since he swore off the old place, resolving to never again put his aching back and putts through the pain of those Augusta hills. Then he changed his mind. 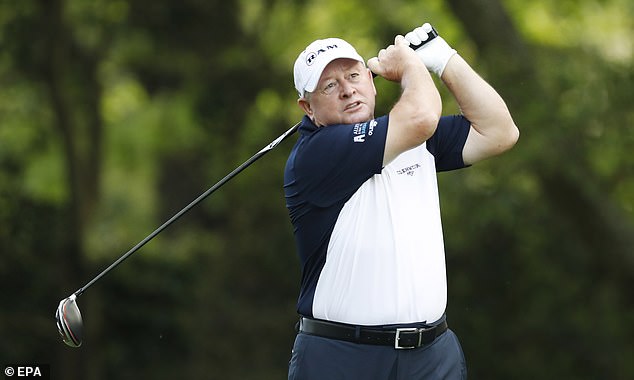 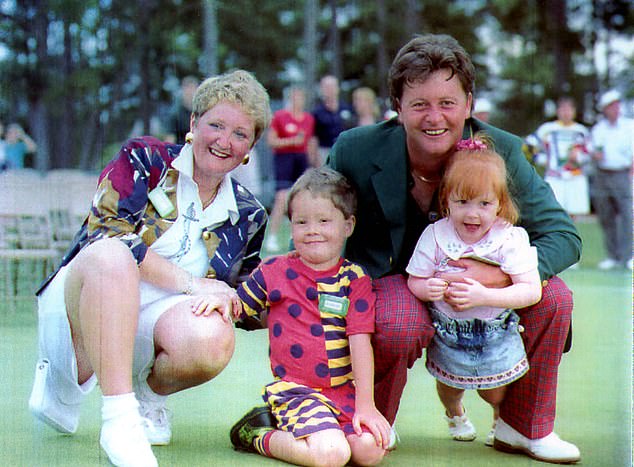 ‘I always said if there was anything I could do with my back then I’d have another go,’ he says. ‘A year ago I had an operation and I feel as strong as I was in my 30s. Honestly. I had a think at the start of the year, had the invitation to play as a past winner and I fancied it. It’s 18 months since I competed but why not?

‘I have a golf room in my house, here in Jersey. I have the SkyTrak set up to measure everything — my clubhead speed is 107mph and my drives are pitching 265 yards and running out 30, so 295 off the tee. Bloody hell, if I could only putt, hey?

‘I’m excited. Another couple of rounds at Augusta, maybe make the cut if the putts drop and it’s always nice going back. For me it’s that much more special because of 1991 — 30 years just flew by.’

One particular round is still fresh in Woosnam’s mind. Not the fourth at Augusta, not the walk with Tom Watson, not that muppet at the 14th and not the victory lunge in those tartan trousers. Not yet. No, his memory returns first to Oswestry, his home town.

‘It was winter, near the start of 1991,’ says Woosnam. ‘I went to have a knock and shot 57 — that’s with missing one from two feet and from 12 feet on the last three, so God knows what it could have been. I came off and felt, “You know, this could be a decent year”.’

Until 1991, his career had been on the cusp of that special something without quite pushing through. Since setting off in a campervan in 1976, this son of a dairy farmer had won 52 professional tournaments and five times had finished in the top eight of a major. But he had not yet picked up one of the four that truly matter. He was starting to dwell on it. 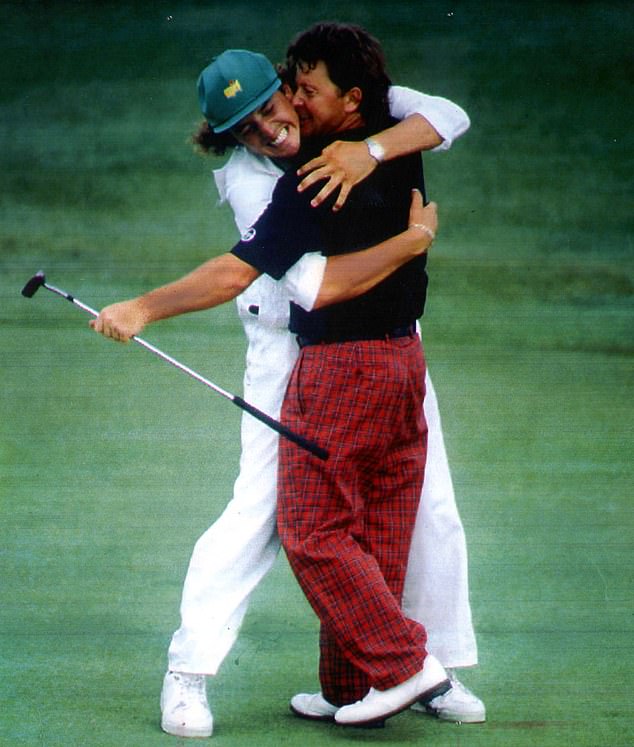 ‘It was a bit of a monkey on my back,’ he says. ‘It was in my head but I was going well, had won a tournament in New Orleans three weeks before and then on the Monday before the Masters, I became world No 1. I got to Augusta and I said I deserve that ranking and I have to prove it.’

After one round, he wasn’t living up to his bullishness and was five off the lead following a 72.

‘I changed my putter,’ he says. ‘Big difference.’

He started motoring with rounds of 66 and 67 and at the start of a dramatic final loop he was a stroke clear of Watson, that American hero who was on a mission to win his first major in nine years. The patrons were not divided equally in their affections.

‘Who do you think they backed?’ says Woosnam. ‘I still remember the 13th hole — it got loud.’

By then, at the exit to Amen Corner, Woosnam was 11 under and Watson was four back. 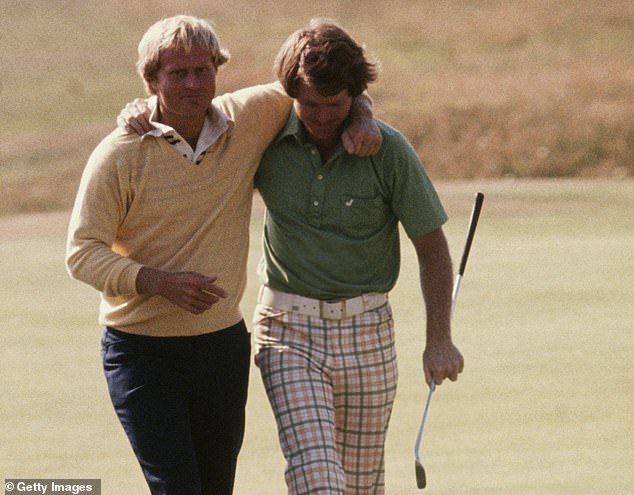 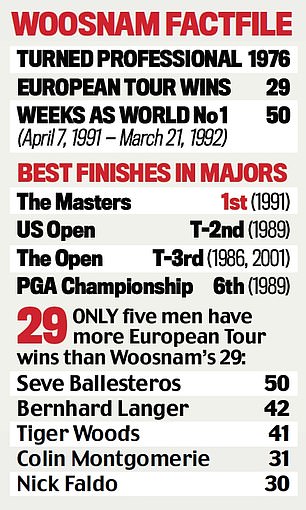 ‘We had a long wait on the tee,’ says Woosnam. ‘I pulled my drive left and I heard this roar and thought, “Oh, it hit trees and came out”. The cheer was actually because it went in the bloody creek.

‘I took bogey and Tom made eagle. On the 14th tee this guy shouts, “This is Amen Corner, not some sea links course”. My Welsh temper got up and I hit this drive like a rocket, turn around, wave my club at him, “Up yours”.

‘When we’re walking off, Tom comes up with a smile and says, “You know I used to get this whenever I played with Jack Nicklaus”. He’s a great guy, Tom, a kind guy. He was always my hero and there we were, competing for the Masters.’

Another Watson eagle at 15 brought him level with Woosnam and three straight birdies from Jose Maria Olazabal in the group in front set up a three-way tie.

Olazabal lost a shot at the last to finish on 10 under and then Watson drove into trees, leading to a double bogey.

To avoid a play-off with Olazabal, Woosnam needed to putt out for par from eight feet. The image of him crouching in his tartan trousers as the ball dropped went around the world. 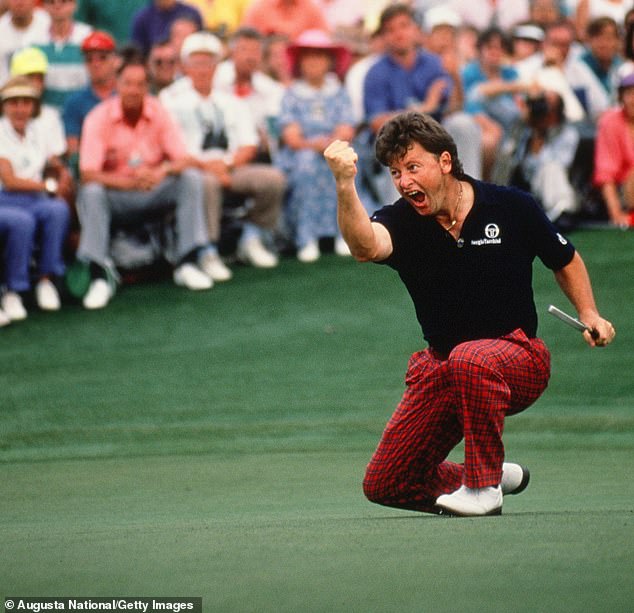 ‘I always thought if I could win just one major I’d be happy and I had.’

With it, he received the most treasured item of clothing in sport. Turns out it was second hand.

‘They didn’t have anything that fit,’ says Woosnam, who might reach 5ft 4in in his spikes.

‘I needed a 38 short so they had to take the green jacket from a press officer. You get new ones as the years go by but I still have his original.’

The same cannot be said of the trophy he was handed, or one other artefact.

‘The trophy was nicked on a train on its way to Sports Personality or something,’ he says. ‘The tartan trousers are also gone. I’m sure my wife threw them out but she’ll never admit it.’

Woosnam is scrunching up his face. He is remembering his offering at the Champions Dinner the following year. As was his right as returning champion, he set the menu, but fears the outcome almost brought the club into disrepute.

‘At a hotel in Oswestry I had this lovely leg of Welsh lamb in hay and that is what I wanted,’ he says. ‘Unfortunately, this was a time when they banned shipping meat if there was bone in it. It wasn’t quite the same in the end — everyone was chewing through this thing!’

He’s laughing his way to another memory and another anniversary, for this is also the 20th year since his near-miss at the Open at Royal Lytham & St Annes. 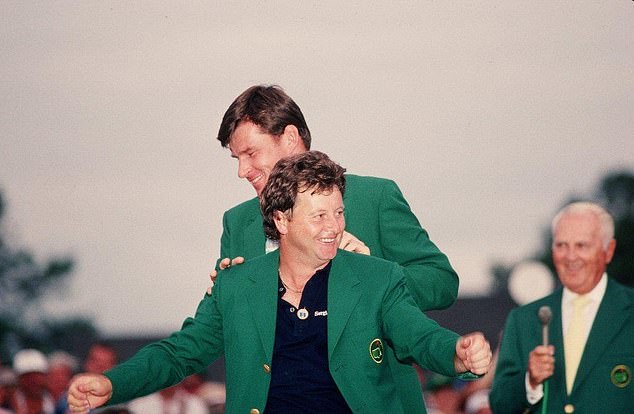 ‘That bloody driver,’ as he puts it. He can see the funny side now.

Famously, Woosnam was in a share of the lead on the final day when his caddie, Miles Byrne, approached with a problem. ‘You’re going to go ballistic,’ said Byrne, before explaining he had left a second driver in his bag, meaning he had 15 clubs and therefore a two-stroke penalty. Woosnam had a face like thunder as he launched that extra club to the ground.

‘Everywhere I go that comes up,’ he says. ‘I was in Florida a couple of years ago. This guy calls out, “You counted your clubs?” The number of people who have sold what was supposed to be my club is impressive. There must have been 100 of them.’

And poor Byrne? After getting a second chance, he turned up late for Woosnam’s tee time a fortnight later and there the partnership ended. They haven’t spoken since.

‘He was a good caddie and it was just a mistake,’ says Woosnam. ‘A big mistake, mind.’

He eventually finished third in 2001 by four strokes.

Woosnam never did get a second major to go with 50 weeks as world No 1 and 52 career wins, not counting his captaincy of Europe’s 2006 Ryder Cup team, who won by a joint-record margin. 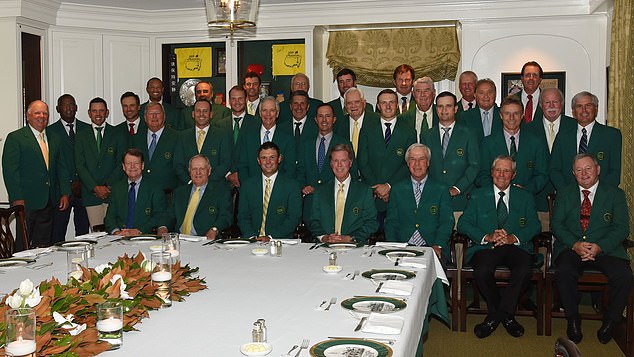 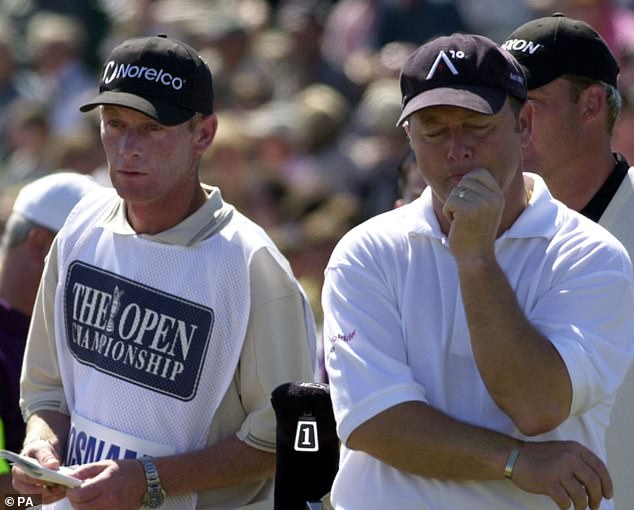 ‘Every time I see Paul McGinley I ask him why he conceded a 25ft putt for a half at the last,’ he jokes.

He doesn’t watch so much golf these days, bored somewhat with the drive-and-chip nature of a game changing beyond recognition because of ball and club technology.

‘I can drive 20 yards further in my sixties with this equipment than when I won the Masters,’ he says. ‘The ball needs changing, bring shot-making back into it.’

His own golf during lockdown has mostly amounted to a weekly nine holes at La Moye in Jersey, where restrictions have been less pronounced. Since his back surgery, he has shocked himself.

‘I don’t think I’ve gone over par in three months,’ he says.

His first competition in 18 months will be trickier. The hills will be steeper, the putts a little quicker, the occasion a touch grander. He’s missed the cut in 17 of his last 18 visits to Georgia.

‘OK, so winning might be a bit tough,’ Woosnam smiles. ‘But being there always feels nice. Always will.’ 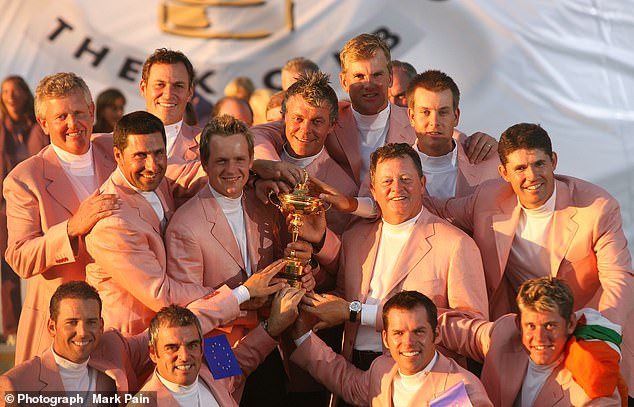 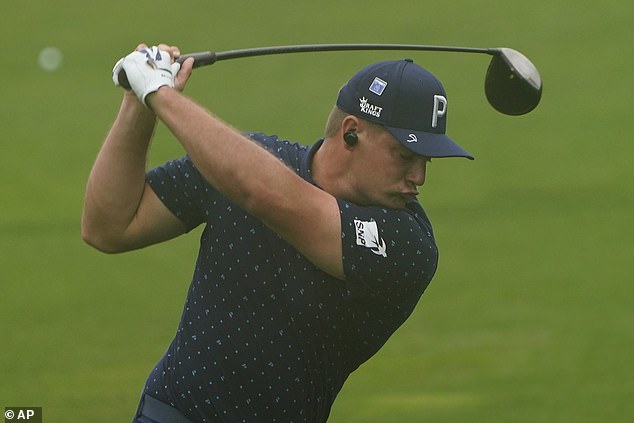