Rory McIlroy made the ideal start to his bid for an elusive maiden Abu Dhabi HSBC Championship victory by setting the pace after the opening day of the new European Tour season.

The four-time major champion, who has four second-place finishes, three thirds and a fifth in his last nine appearances at Abu Dhabi Golf Club, posted eight birdies in a bogey-free 64 to move into a one-shot lead at the Rolex Series event.

McIlroy’s closest challenge comes from Ryder Cup team-mate Tyrrell Hatton, who birdied his final hole to card a blemish-free 65, while Race to Dubai champion Lee Westwood began his title defence with an opening-round 69. 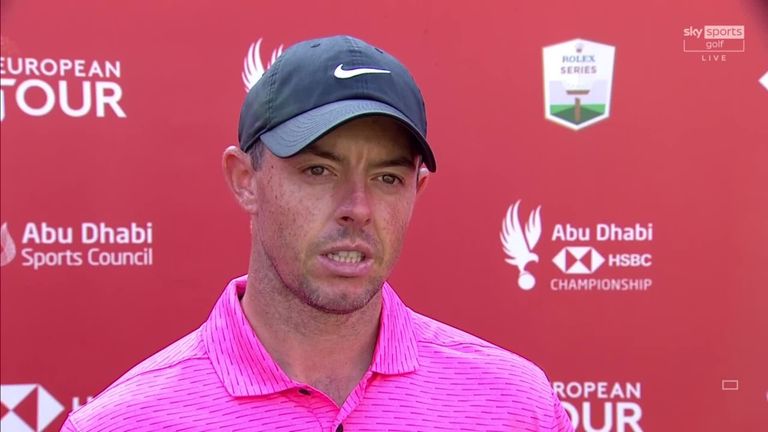 After play was delayed by nearly three hours due to fog, McIlroy – beginning on the back nine alongside Westwood and world No 3 Justin Thomas – rolled in a 12-foot birdie at the par-five tenth and converted from a similar distance at the 12th.

Rory McIlroy holds a share of the early lead at the #ADGolfChamps! pic.twitter.com/m95098lafX

The world No 6 picked up a shot from 10 feet at the first and made a two-putt birdie at the par-five second to get to six under, with McIlroy getting up and down from a greenside bunker to save par at the fourth before draining a 25-footer at the sixth to grab the solo lead.

McIlroy made a six-footer to save par at the seventh and added a 25-foot birdie at the eighth after being forced to lay up from a bunker on the par-five, with a two-putt par at the ninth – his final hole – closing out his career-best round in Abu Dhabi. 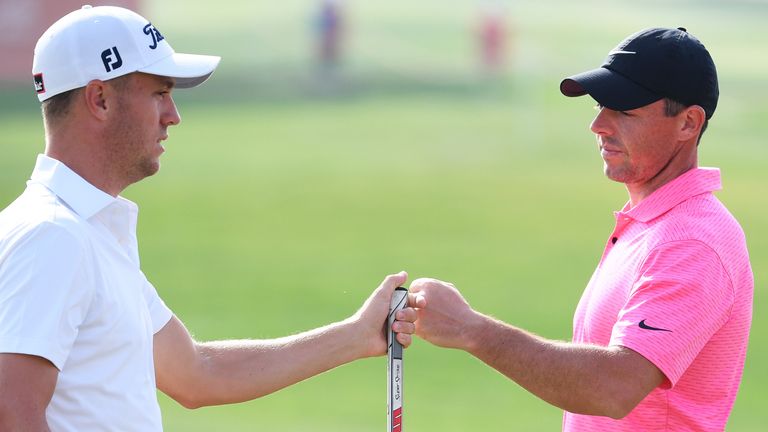 Hatton started his season with a six-foot eagle at the tenth and added another after an incredible approach into the par-five 18th left him a tap-in for a three, while further birdies at the second, fourth and ninth took him to seven under.

Westwood mixed five birdies with two bogeys to sit five off the pace after the opening day, while Thomas – the highest-ranked player of the field – struggled to a one-over 73 after bogeying three of his first five holes.