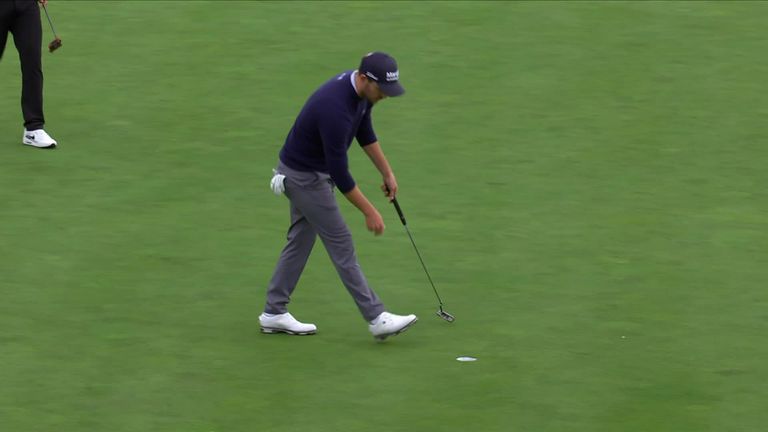 Patrick Cantlay produced a blistering run of scoring to open up a two-shot lead after the opening round of the AT&T Pebble Beach Pro-Am.

Cantlay birdied seven of his opening eight holes on his way to a bogey-free 62 at Pebble Beach, one of two courses being used at the event, to set the pace after a low-scoring day in California.

The world No 11’s closest challenge comes from teenager Akshay Bhatia and Sweden’s Henrik Norlander, who both carded opening 64s, while Jordan Spieth is in the group three off the pace after continuing his upturn in form with a seven-under 65. 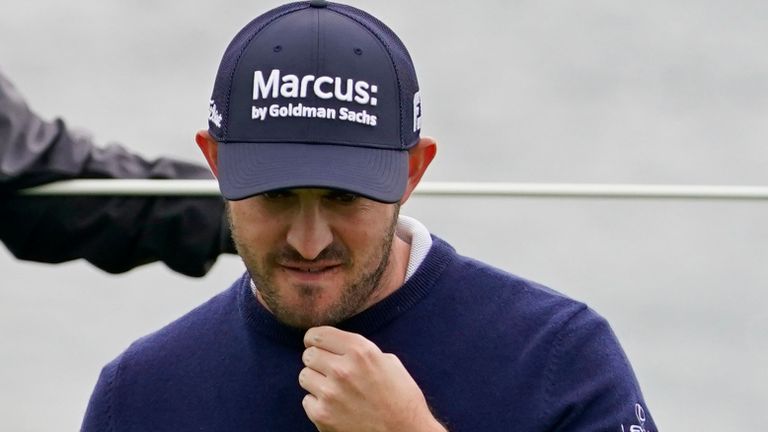 Cantlay started with three consecutive birdies and rolled in from 12-feet at the fifth for the first of four straight gains, with the American reaching the turn in 29 and picking a shot from eight feet at the 11th.

The highest-ranked player in the field ending a run of pars by converting from eight feet at the par-three 17th to regain the solo lead, before getting up and down at the last to register a tenth birdie of the day and match the course record held by Tom Kite and David Duval.

Two of the three lowest scores of Cantlay’s TOUR career have come in his last two rounds:

“I think we got Pebble in pretty much ideal conditions and I don’t think it’s going to be like that the rest of the week,” Cantlay said. “The greens were good this morning and receptive, and so I hit a lot of good shots just right out of the gate and made everything.”

Bhatia found every green in regulation – becoming only the fourth player in the past 25 years to achieve that at Pebble Beach – to post a bogey-free start, with Norlander also tied-second after four birdies in his last six holes took him to eight under.

Spieth, looking to build on last week’s tied-fourth finish at the Phoenix Open, began with successive birdies and added another at the par-five sixth but then made his only bogey of the day at the eighth.

The three-time major champion holed out for eagle from the tenth fairway and then claimed three more birdies over his closing holes to get to seven under alongside Nate Lashley, who drained a 40-foot eagle on his final hole. 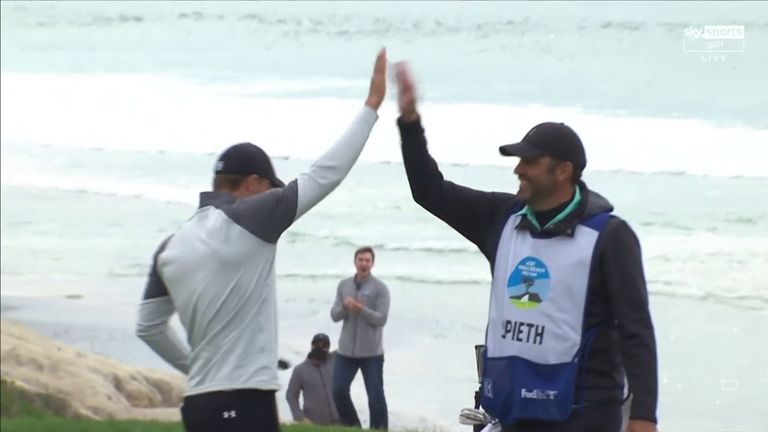 Will Gordon was the pick of the players at Spyglass Hill and sits in the share of sixth on six under, with Russell Knox and Tom Lewis – who birdied three of his last four holes – also four off the pace.

“I probably hit the worst first tee shot of my, maybe my professional career,” Knox said. “I hit a five-wood and hit like four inches behind the ball and hit it 40 yards offline to the right, so kind of set the tone for the day. But I was able to settle down after that and play some really good golf.”

Watch the AT&T Pebble Beach Pro-Am throughout the week on Sky Sports. Live coverage continues on Friday with Featured Groups from 4.30pm on Sky Sports Golf.