How hard does Mark Hunt punch?

We put the question to David Tua, who is in the corner of the “Super Samoan” for Saturday’s fight with Sonny Bill Williams.

Tua is eminently qualified to comment. The former heavyweight won 43 of his 52 fights by knockout. Sixteen of the victims, which included world champions John Ruiz and Michael Moorer, were put to sleep in the first round, one of the reasons Ring magazine once ranked Tua 48th on its list of 100 greatest punchers of all time.

So where does Hunt – who became famous for his signature move, the walk-off KO, in the UFC – rate among combat sport’s biggest hitters?

“He’s obviously right up there with the best. He can bang,” said Tua, who went the distance with the great Lennox Lewis in his prime.

“That’s why they call him the Super Samoan, right? It’s no secret, it was the same when I was in the ring, people knew what I was there to do. 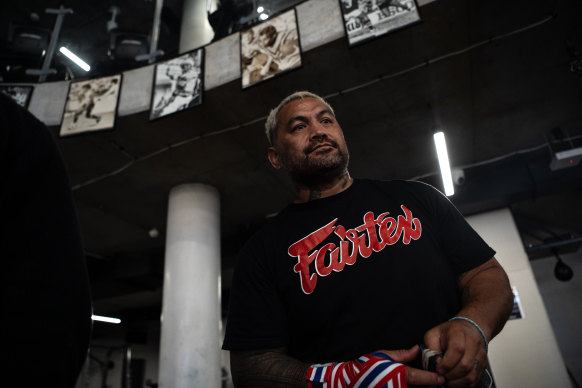 “It’s the same thing with Mark Hunt. He’s in there trying to put you to sleep. He will do what he does best.”

Saturday’s bout, at Sydney’s Aware Super Theatre, is a poignant moment for both men. For Hunt, it will almost certainly be his last fight, bringing an end to an illustrious career in the octagon and the ring. In his previous bout, the veteran wobbled Paul Gallen but didn’t have the fitness to go on with the job; which is why he has dropped from 157kg to 130kg in a bid to go out a winner.

The former footballer also realises that for every punter that will be cheering him to victory, there will be another hoping to see him flattened.

“I’m a realist, I understand people are paying because they want to see me get knocked out.”

“I’m a realist, I understand people are paying because they want to see me get knocked out,” Williams said.

“I hate going back to it because I know it’s sport and nobody wants to bring politics or religion into that sporting realm.

“For me, that’s my life. I’m a man of faith and I believe that my blessings come from the Creator, it doesn’t come from anyone.

“I understand there are people paying because they want to see me succeed and they enjoy watching me do what I do. When it comes down to it, you just concentrate on the goodness. It’s part and parcel, that’s life.” 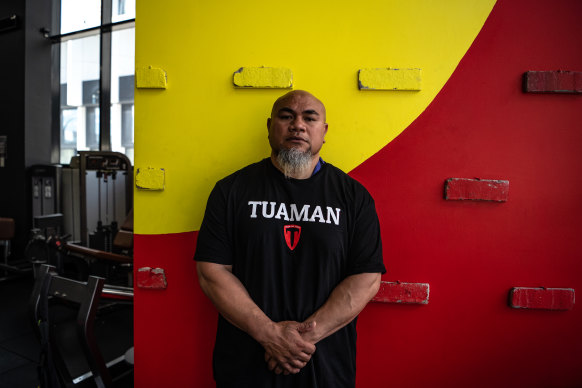 Williams welcomed the involvement of Tua, even though he is in the opposition corner.

“He was one of the guys we looked up to when growing up in Auckland,” Williams said.

“He came from where he came from and he made it. He is still leading the way now with his work in the community and with youth, it’s great to have him involved.

“Not in my wildest dreams did I think I would be boxing and fighting Mark Hunt. He’s one of the best athletes ever to come out of Samoa, so it’s very special.

“Everyone saw in his last fight that he rocked Gal, a few times.

“If he had the fitness and stamina to push on with it, he would have stopped him. But he didn’t.

“We gave him three months [to prepare] for this, he’s lost 30kg, so it offers that challenge. At the same time, without that challenge, there’s no growth.”

Watch SBW v Hunt live & exclusive on Stan Event on Saturday, November 5. New customers can sign up to a Stan free trial and can purchase the Pay-Per-View at stan.com.au/event.