Alexander Volkanovski has told Max Holloway to ‘stop playing games’ and decide whether he wants a trilogy fight.

The UFC featherweight champion has maintained his perfect record in the organisation and beat ‘Blessed’ twice, although their second fight divides opinion.

Since then, Holloway has battered Calvin Kattar and overcome Yair Rodriguez in a five-round thriller last weekend, but does not seem to be pushing hard for a trilogy with Volkanovski. 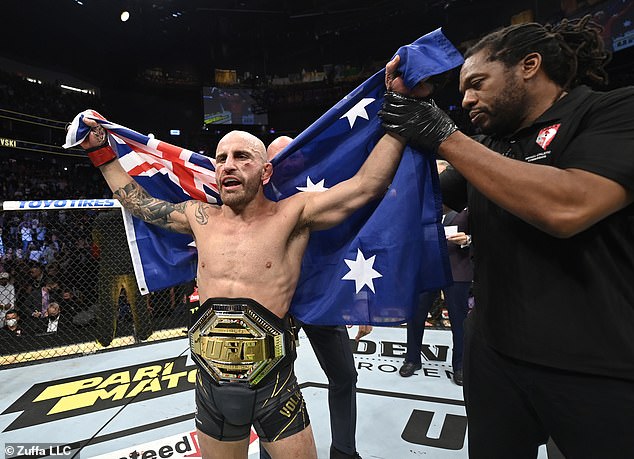 Alexander Volkanovski has proved himself as the UFC’s featherweight champion 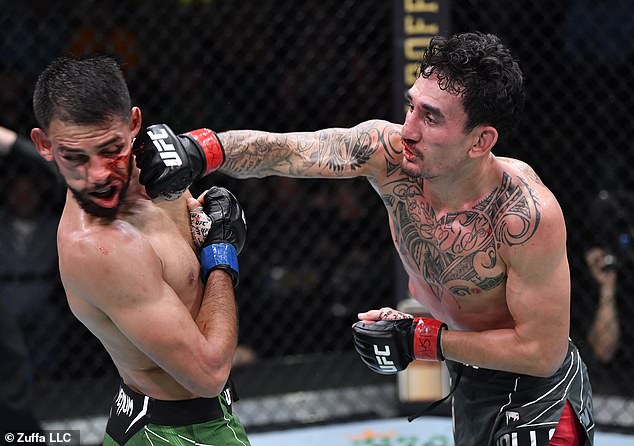 Holloway has spoken of his interest in fighting Conor McGregor and has been coy over his next move.

But Volkanovski has no time for his rival’s latest plans, telling The MMA Hour: ‘I’m not surprised, man. All week he’s been [talking about] “bigger fights” and all that. Again, I’m the champ. You can say whatever you want, you can push whatever bullsh*t narratives you want, I ain’t getting into this.

‘Mate, if you don’t want it, don’t worry about it. I’ll get the next guy. There’s plenty of people waiting. But again, I want the best guys. Max proved he’s the next-best guy.

He added: ‘Nothing but respect to him as a fighter, but stop playing the games and all the bulls**t. You want the fight, let the UFC know.

‘You know the UFC are telling you about it. They’re telling us about it. You don’t want it, hurry up, we’ll see who’s next. Whatever.

While the 33-year-old champion is frustrated, he insists he will move on to face other top contenders himself, and mentioned Henry Cejudo, who remains in retirement.

Volkanovski went on: ‘I’m used to it now. I don’t know what games he’s playing, I don’t really get where he’s going with it. I think he’s just trying to make it like, “Oh yeah, I’m the big dog.”

‘I don’t know what it is, maybe that’s where he’s trying to go with it, as if I’m going to chase the fight. But the way he’s going, I’m about to just go, “Oh, Henry Cejudo, you want it? I know you’re calling for it. Henry, come on, let’s do it then.”

‘I want the best guys in my division. If they’re going to play their bullsh*t games, I ain’t waiting around.’ 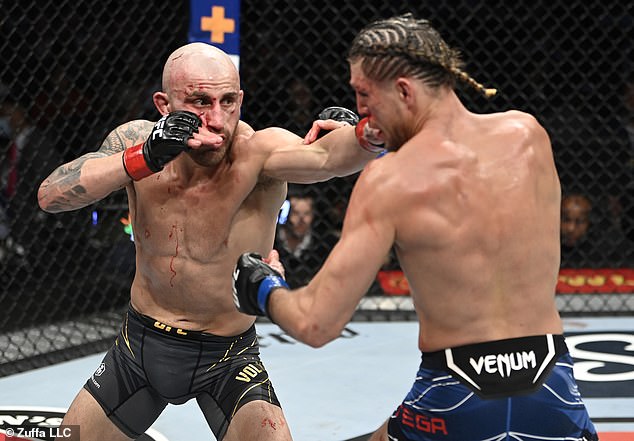 The UFC are understood to be pushing for a third fight between Volkanovski and Holloway and the Australian believes he will have to be considered the greatest featherweight of all time if he wins.

He added: ‘Obviously Giga [Chikadze] is calling me out, he’s fighting [Calvin] Kattar soon. But whatever. Again, there’s options. There’s still options, but I’m a competitor and I want the best guys.

‘If you go out there and you prove yourself again to someone like Max, then I’m the GOAT. You’ve got to take Max [out] again if you’re the GOAT of the featherweight division.

‘I’ve got a lot of respect for [Jose] Aldo and what he’s done, but you start taking out all these top guys and repeating that as well… I don’t think many people can question that.’