Vicente Luque has called out Nate Diaz after finishing Tyron Woodley in the first round on Saturday night.

The welterweight overcame an early storm from the former champion, having been rocked in the opening exchanges.

He gathered himself and hurt Woodley before sinking in a darce choke in the fourth minute. 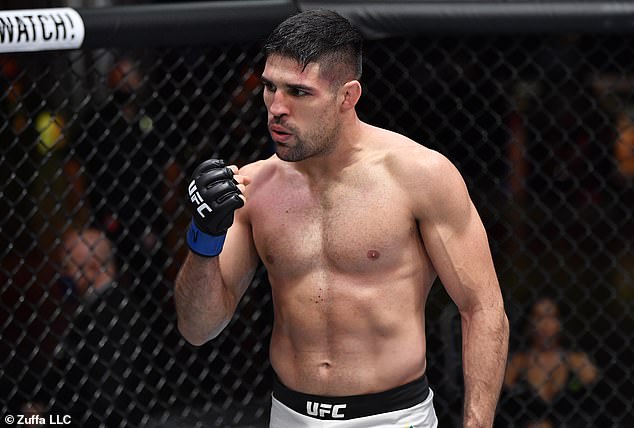 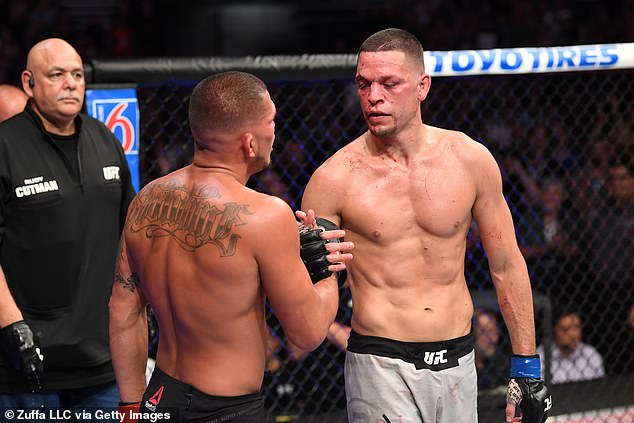 Speaking after the bout, the victorious Luque said: ‘I want to take this time to call out Nate Diaz,’ he told Joe Rogan. ‘I called him out in the past and he didn’t respond.

‘I think right now I got a big win, I got a great streak coming on and man, my style, it matches perfect.

‘I’m going to go forward, I’m going to punch everyone in the face and try to get that knockout.’

Diaz, who is best known for submitting Conor McGregor in 2016, has not fought since losing via dcotor stoppage to Jorge Masvidal in November of 2019.

Luque’s win was his third in a row and he’s now won nine of his last 10. 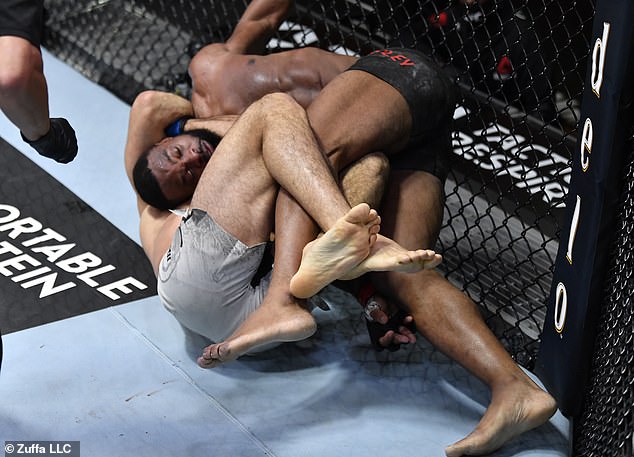