Vergil Ortiz Jr says Josh Kelly could be part of his future plans, if the British contender first overcomes David Avanesyan in a European title fight.

Kelly risks his unbeaten record against Avanesyan, a former world title challenger, at The SSE Arena in Wembley on Saturday night, live on Sky Sports.

But Ortiz expects him to have too much class for the dangerous Russian, with victory keeping Kelly on course for a possible showdown between two of the rising stars at welterweight. “He’s definitely a good fighter. He just has to do what he does best. He’s a smart fighter, he’s slick,” Ortiz told Sky Sports.

“Typically when you fight a Russian, you just got to be on your toes the whole time because they’re pretty tough.

“They keep coming forward, they’ll eat a shot to give a shot, so he just has to do what he does best and be smart.”

On the prospect of facing the 2016 Olympian, Ortiz Jr added: “That would definitely be a good fight. I’ve seen people mentioning a fight between me and him before. I don’t see why not.” 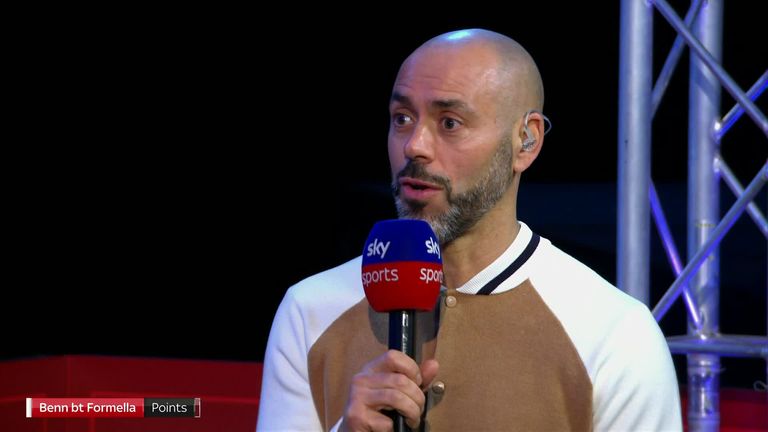 Ortiz also takes a step up in class on March 20, battling former world champion Maurice Hooker, who suffered his sole defeat in a super-lightweight unification clash with Jose Ramirez in 2019.

Ortiz though is one of the hottest prospects in world boxing, having knocked out all 16 of his opponents to date, and the 22-year-old is confident of continuing his ascent through the 147 pound division, “A win over Maurice Hooker would definitely open a lot of doors to get that world title shot and I’m looking forward to it,” said Ortiz.

Victory would edge Ortiz closer to the reigning champions in a stacked division, with Errol Spence Jr and Terence Crawford among the current title holders. Ortiz’s promoter Oscar De La Hoya has described him as the ‘future of boxing’, but the Texas fighter has questioned whether Spence or Crawford want to face him just yet.

“I don’t think they would want to face me because I’m 22-years-old,” he said.