Home » Fighting » Usyk vs Chisora: Oleksandr Usyk shows signs of frustration after ‘elephant and lion’ debate over his size It took a jovial debate about African animals to finally crack Oleksandr Usyk, the normally unflappable maverick showing interesting signs of annoyance that his size was being constantly questioned by Derek Chisora.

Former undisputed cruiserweight champion and undefeated phenom Usyk had uttered the same quip about stepping into a bigger division and was preparing again to say: “If the king of animals would be considered according to the size, then it would be elephant, not the lion.”

Except this time, Chisora cut him off: “An elephant is the king of the jungle for this reason: a lion is only brave when there is loads of them. You couldn’t hear much but here’s what was going on in their heads 😉😂 pic.twitter.com/Mz8yCVFH1E

“An elephant on his own can attack a herd of lions and get away with it!”

Usyk listened to the translation, thought for a split-second, and fired back: “An elephant is a friend of the mouse!”

Cue laughter and Usyk did muster a smile through gritted teeth but, at Thursday’s press conference when he came face to face with Chisora for the first time since March ahead of Saturday’s Sky Sports Box Office battle, he was uncharacteristically irked.

The implication from Usyk is that he is the heavyweight division’s lion – far from the largest or most powerful, but the most vicious with the sharpest teeth.

“I can’t let a European tell me about the animals we look after in Africa,” said Zimbabwe-born Chisora.

“He doesn’t know. Wolves or bears? But he’s talking about African animals, so I had to correct him.

“People believe the lion is the king of the jungle but it’s not. Lions are only powerful in a pack. By himself, if he sees a bull elephant? He runs away.” 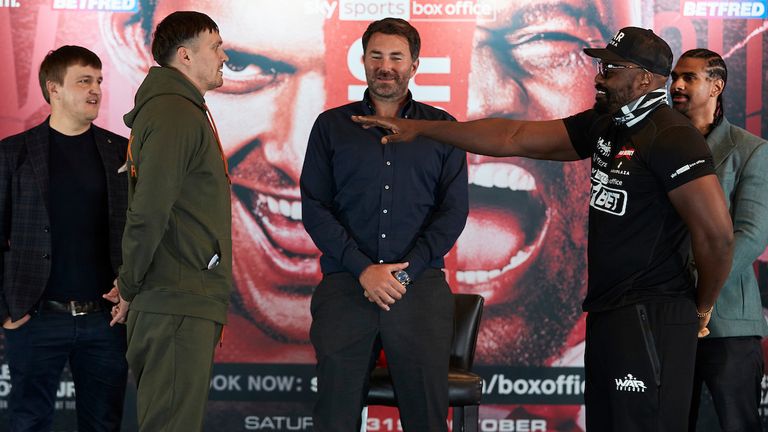 It was intriguing to see Usyk’s patience run thin over the debate about his natural capacity to compete with the biggest boxers.

Only two cruiserweight champions have ever become heavyweight champion – one of them, David Haye, is staunchly in Chisora’s corner.

Usyk’s intention is to become the third but Chisora hammered home the reality that he would be the physically largest opponent of the Ukrainian’s professional career.

Their meeting on Thursday began with a cuddle between them and, if that was unexpected, how do you explain that Usyk brought with him a hurl and sliotar, two pieces of GAA apparatus?

He sat fiddling on his phone while Chisora and Haye outlined their battle-plan to overwhelm and “drown” him.

Then, when duty-bound to talk, he breathed a deep breath of frustration before saying: “I don’t know why everyone is talking about a test at heavyweight.”

His words spilled into one absolutely scathing remark.

Promoter Eddie Hearn asked Usyk: “Do you have the power to stop Chisora?”

Bellew, who was knocked out by Usyk, was stood just yards away in the same room.

'Do you believe that you can stop @DerekWarChisora?' 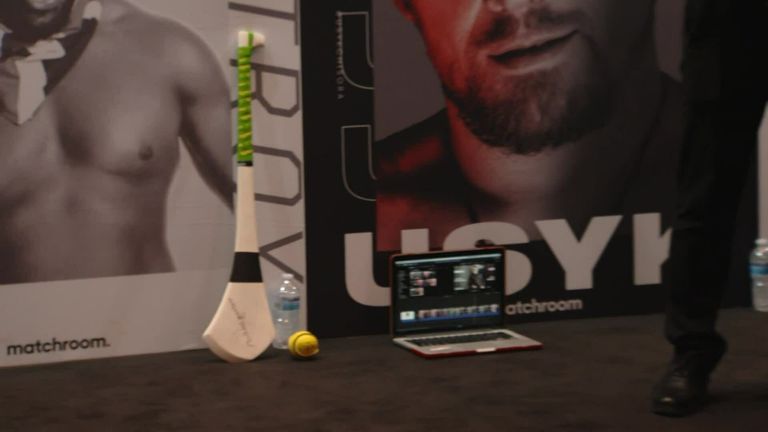 The brilliantly talented southpaw from Ukraine has won a 2012 Olympic gold medal, the World Boxing Super Series tournament, and every belt at cruiserweight. He has long been honest about a desire to eventually face Anthony Joshua for the world heavyweight championship.

His experience inside a ring with a genuine heavyweight essentially amounts to an amateur contest with Joe Joyce, the current unbeaten contender. Usyk won handily but it was a five-round contest and Chisora is banking on his esteemed opponent coming unstuck over a longer distance.

“Only certain people have gone from cruiserweight to heavyweight,” Chisora said.

“How many knockouts has he had as a cruiserweight? The cruiserweights that came up [Evander Holyfield and Haye] had good knockouts and had the power to come up to heavyweights.

“He is offended by that.” 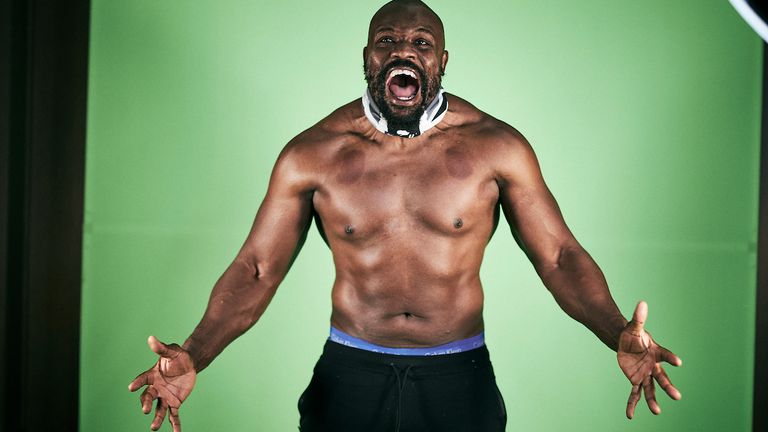 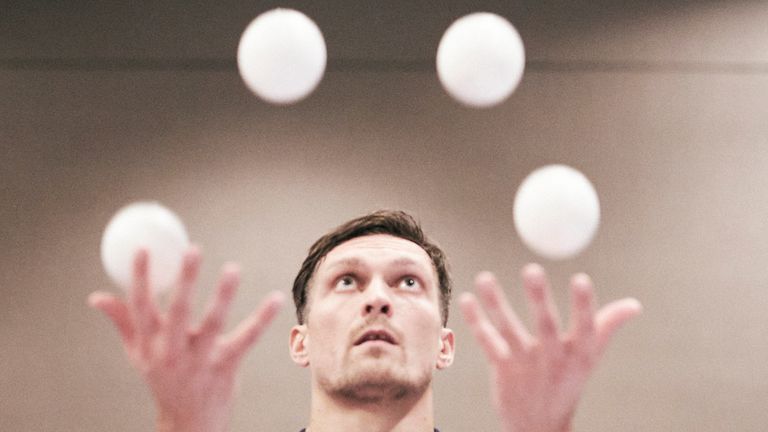 Chisora has been enjoying an LP player, FaceTime and House Party calls, and peaceful strolls inside ‘the bubble’, and has also laid out a Union Jack rug in his room. Usyk has been seen mingling and playing on the PlayStation downstairs.

This fight is the culmination of 10 months of training for the once-chaotic Brit, although he admitted that wasn’t necessarily through choice: “Ibiza was shut. Spain was shut. Miami was shut.

“What else was there to do? Even David Haye stayed in London!”

By the end of Thursday’s media duties, although Usyk and Chisora were smiling at each other, those expressions had become more menacing. They both flexed their shoulder muscles, making it known they were eager to start punching.

They won’t have to wait much longer – the next focus on Usyk’s size will be at Friday’s weigh-in where his measurements will be scrutinised by the inevitably heavier Chisora.

Watch Usyk vs Chisora on Saturday, live on Sky Sports Box Office, from 6pm. Book it via your Sky remote or book it online here. Even if you aren’t a Sky TV subscriber, you can book and watch it here.