Tyson Fury wants his trilogy match-up with Deontay Wilder to take place at the new Las Vegas Raiders’ 70,000-stadium, according to his promoter Frank Warren. Fury beat Wilder last weekend in the seventh round of their WBC world title clash.

Wilder has since confirmed that he wants to take a third fight with Fury, who also picked up the vacant Ring Magazine belt.

Wilder also came out with a slew of excuses for his loss to Fury, revealing that the 45lb ring-walk costume he wore before the fight weakened his legs.

He also accused trainer Mark Breland of throwing the towel in prematurely. 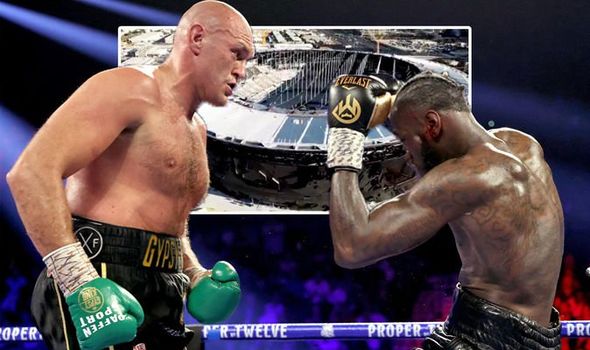 Warren said that Wilder hasn’t involved his rematch clause just yet, but he expects it to happen imminently.

And Fury would love that fight to happen at the sparkling new Allegiant Stadium in Las Vegas.

“Deontay has not yet officially invoked the rematch clause,” Warren explained in his talkSPORT column.

“But he’s made his intentions very clear and will do so shortly, there’s no doubt about that.

“If we’re going to do it, I’d like to do it over here in the UK, but at the moment it’s pencilled in for Vegas in July.

“Tyson’s got his eye on the new 70,000 capacity Allegiant Stadium.”

There were also claims from fellow world champion Anthony Joshua’s came that a fight between AJ and Fury could happen in the summer. 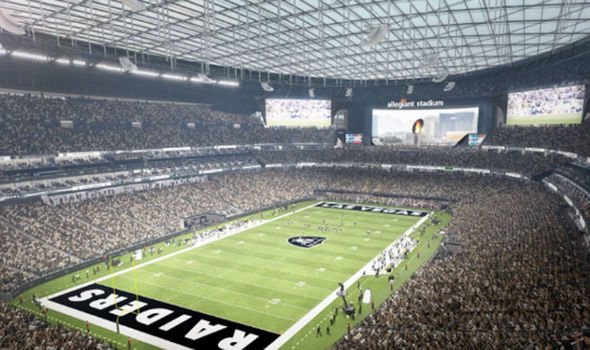 And even though Warren would like that, he knows both Wilder and Fury have contractually-obligated fights to deal with first.

“Joshua’s side have been inevitably shouting their mouths off, but this is Tyson’s moment,” he added.

“Of course we want to make that fight, but both have contractual commitments and fights that have got to be dealt with.

“They’ve got to satisfy the Pulev mandatory.

“Anthony Joshua needs Tyson, he’s in his slipstream now, he needs him.”