Tyson Fury’s third and final bout with Deontay Wilder has reportedly been scrapped for December with Anthony Joshua now in line to fight the Gypsy King early next year. Fury pulled off a huge upset against Wilder in Las Vegas back in February to clinch the WBC world title. 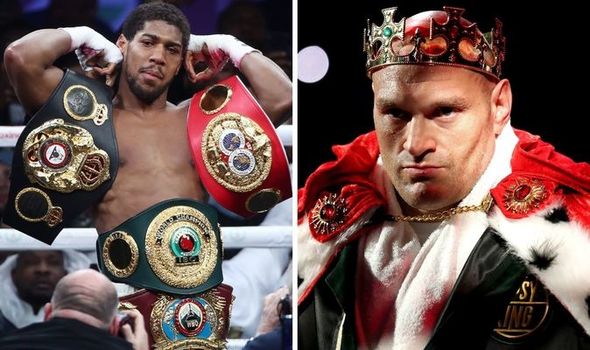 The epic contest saw Fury completely dominate their second bout as he put Wilder on the canvas a number of times before the American’s corner threw in the towel in the seventh round.

It wasn’t long before Wilder activated the trilogy rematch clause with the fight scheduled for the end of the year.

However, Wilder’s contractual right is soon to expire with Wilder in no condition to start training.

He is still recovering from surgery on a bicep injury he picked up the defeat to Fury.

“Recovery [is] going well, I’m in therapy, I ended up injuring it during my last fight, somewhere up in there’, he told the PBC Podcast.

“But everything is going great with it. That’s another thing, I’m focusing on recovery, getting myself back to full health.’

He added: ‘Oh yeah, I can’t work out now. Once I get healed with my arm I’m looking forward to just working out, being able to do the things I love to do.

“Right now I’m just sitting back and getting taken care of, all meals being prepared for me, a lot of catering now between my fiancee and all the kids around me. It’s nothing we can complain of in this moment in time.

“We all have to survive and I love being around my loved ones through these tough times.”

But with the trilogy match now being scrapped, it now opens the door for the first of two scheduled bouts between Fury and Joshua to happen in early 2021.

Both Joshua and Fury will still fight at the end of the year, with the former taking on mandatory challenger Kubrat Pulev on December 12.

But a blockbuster all-British heavyweight unification is closer than ever to being all agreed.