Tyson Fury’s trainer SugarHill Steward has scoffed at rumours suggesting something has gone wrong during camp ahead of Deontay Wilder. Fury takes on Wilder tonight in Las Vegas in a rematch for the WBC world heavyweight title.

The first fight in December 2018 was drenched in controversy after Fury’s domination for 10 of the 12 rounds earned him just a majority draw.

This time around the Gypsy King has vowed to go for the knockout but questions marks were raised over the Englishman’s readiness for the bout by Eddie Hearn last week.

The Matchroom Boxing chief said on talkSPORT: “I thought [Fury] might win the fight, but I’ve heard a few things in the camp and stuff like that.

“Listen, it might be rubbish, but [now] I do think Wilder’s gonna win the fight by stoppage.” 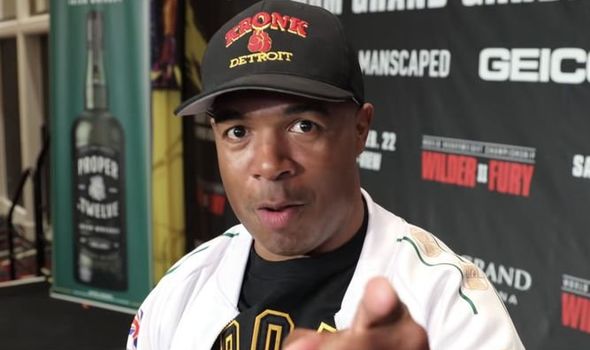 When prompted on what he’d heard, Hearn avoided the issue, saying: “I don’t know, Tyson’s a maverick, he’s very clever.”

The rumours stoked by Hearn were put to Steward one day before the fight by iFL TV.

“He [Hearn] better make the right bet if he’s swaying one way or another because of something he heard,” Steward said.

“That makes it even more exciting, he gotta figure out who he’s gonna put his money on.

“You could train up in the mountains and not have any sparring partners or anything like that.

“But everyone’s gonna talk, it doesn’t matter. People say things about me, I don’t care what they say.

“I know who I am, so it’s the same for the training camp. 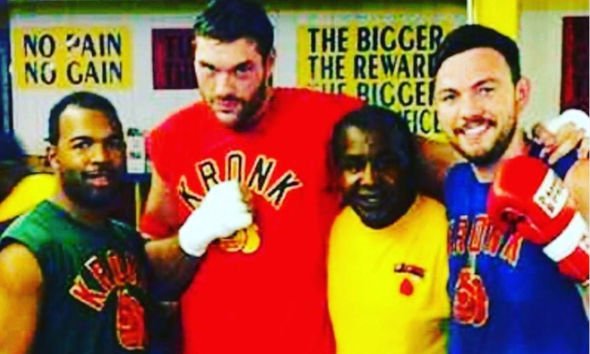 “I believe when the training camp first started there were some rumours out there that he hurt his shoulder or something?

“People start rumours, but whoever started that rumours is a proper sausage!”