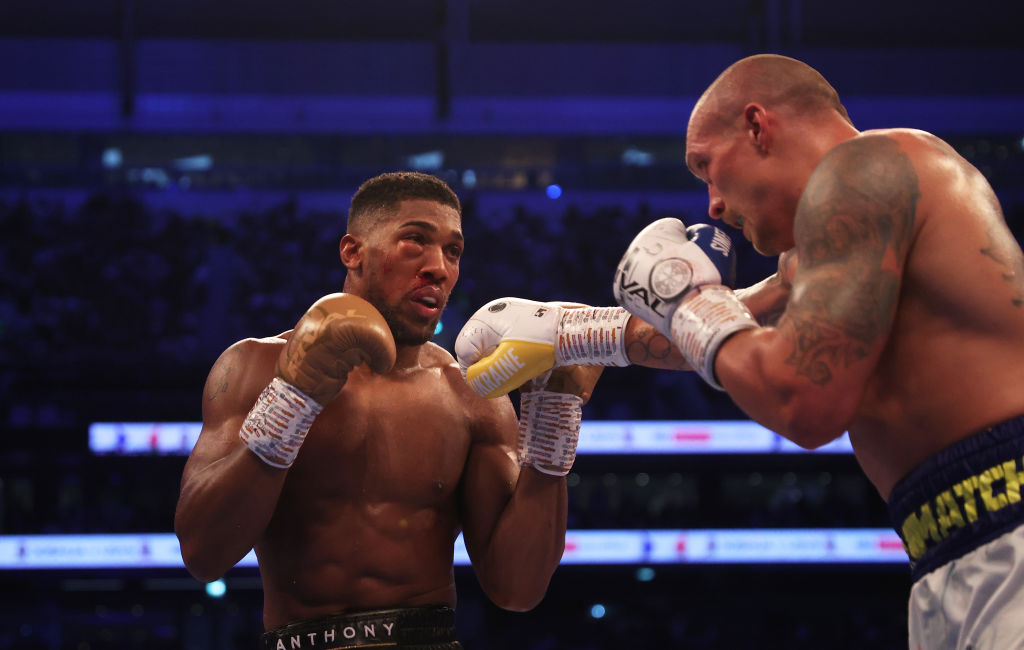 Tyson Fury believes Anthony Joshua should retire from boxing if he loses his rematch with Oleksandr Usyk.

Speaking immediately after the second loss of his professional career, Joshua was adamant that he wanted to activate his rematch clause with Usyk.

But Fury believes the 31-year-old should step away from the sport if he is beaten by the Ukrainian again.

‘I think if he doesn’t beat Usyk in his rematch I think he’s finished, retire, done,’ Fury told Boxing Social.

‘He needs to win that fight, no matter how he does it.’

When asked if he was frustrated to see Joshua get beaten by Usuk, Fury replied: ‘Not really frustrating to be honest.

‘A lot of money, but I’ve already got a lot of money so a few more zeros on my bank balance ain’t going to make or break me, to be fair.

‘It doesn’t really mean a lot. The money side of it was one thing, but it didn’t happen, you can never count your eggs before they hatch.

‘That’s it. There’s not much to say about the matter. He lost the fight, he lost to a better man.

‘When one door closes another one will open, there will always he someone to beat up on, I suppose.’