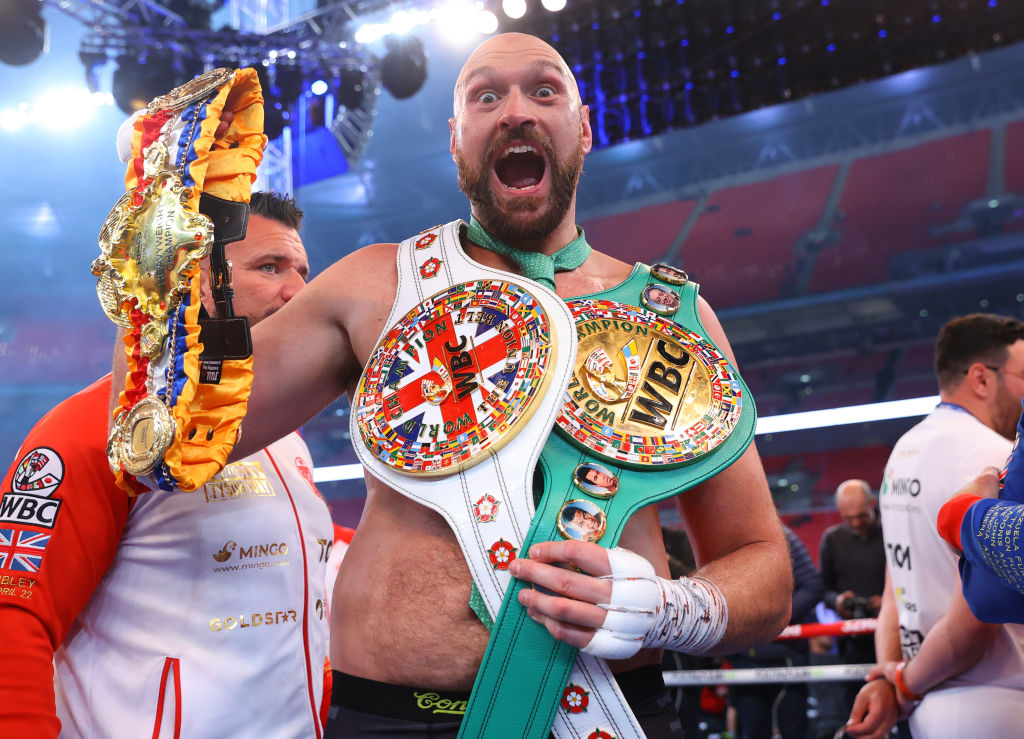 Tyson Fury still believes Deontay Wilder is the second-best heavyweight in the world and has backed the American to fight the winner of Anthony Joshua’s rematch with Oleksandr Usyk.

The Gypsy King produced another memorable performance on Saturday night at Wembley, stopping Dillian Whyte with a stunning sixth-round uppercut in a bout he had dominated throughout.

Afterwards, Fury suggested he would retire from boxing despite the potential for a long-awaited unification fight, saying: ‘This might be the final curtain for the Gypsy King.’

A date has yet to be set for Joshua v Usyk II but it is expected to be held at the end of July, meaning an undisputed bout could take place before the end of this year.

If Fury does not make a U-turn over retirement, he would like to see the winner of that fight take on old foe Wilder – who he beat twice in a thrilling trilogy – and feels the Bronze Bomber remains the biggest threat in the division after himself.

Asked who he would like to see replace him in an undisputed fight, Fury told Beyond The Gloves: ‘I’d like to see Deontay Wilder fight whoever [wins Joshua v Usyk II] for it again.’

Told that Wilder remains the number one ranked challenger by the WBC, Fury continued: ‘I know, I don’t know how that’s even possible, he’s lost three fights in a row and still number one rated, but that’s up to them.

‘One thing, Deontay made 10 title defences, more than anybody else. He equalled Muhammad Ali’s record, beat Vitaly Klitschko’s record, doesn’t get the credit he deserves.

‘I do believe Deontay Wilder is still the second-best heavyweight in the world. And I believe he knocks everybody else out but me.’

Fury also praised Whyte after the fight and believes he deserves another title shot in the future, saying: ‘Dillian Whyte is a warrior and I believe he will be world champion but tonight he met a great in the sport, one of the greatest heavyweights of all time.

‘There is no disgrace. He is a tough, game man. He is as strong as a bull and has the heart of a lion. But he was not messing with a mediocre heavyweight. He was messing with the best man on the planet.’