An exhibition showdown between Hafthor Bjornsson and Tyson Fury looks increasingly plausible after the man known as ‘Thor’ revealed the two are in talks for a boxing match. Bjornsson beat fellow former strongman Eddie Hall over six rounds in March and has since been linked with a bout against the two-time world heavyweight champion.

Fury has maintained he is indeed ‘retired’ after knocking out Dillian Whyte at Wembley in April, when he improved his unbeaten record to 32-0-1. That doesn’t mean the Gypsy King’s days in the ring are over, however, after Bjornsson said during a press call that progress is being made for the giant duo to duel.

“Yes, there’s been talks,” said the 33-year-old. “Yes, it’s been back and forth between me and Tyson Fury. He mentioned he wanted to come here to Iceland, we’ll see. I can’t go into details, but if things work out I would gladly dance with Tyson and I would gladly be honoured to share the ring with him.”

Having failed to finish Hall—who was named World’s Strongest Man in 2017, one year befroe he claimed the crown—fans may ask what chance ‘The Mountain’ stands against Fury. Bjornsson described himself as “a man of belief,” explaining he’ll be relying largely on his physical attributes to secure an upset if a bout does materialise. 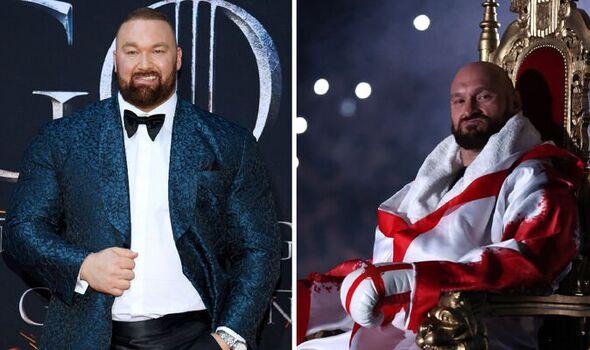 While Hall may have seen out all six rounds against Bjornsson, it’s worth noting ‘Thor’ knocked down his adversary twice en route to a unanimous-decision win. Fury, also 33, has never been bested in any competitive capacity, however, and represents a major step up in competition.

The Mancunian has finished his doe in his last four fights, two of which were stoppage victories over Deontay Wilder. Despite feeling the Bronze Bomber’s wrath, however, Fury “has never fought a viking,” said Bjornsson. 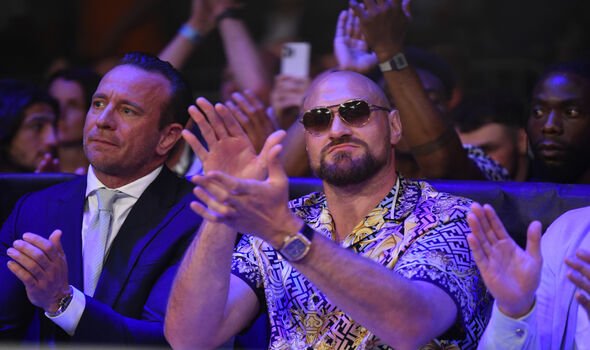 “I think I will surprise him with my strength, power. I think it can definitely surprise him,” added the Reykjavik-born bruiser. “But with that being said, he’s the best heavyweight boxer of all time, if the fight goes about I might eat my words quite fast.”

Bjornsson went on to say he “has a huge amount of respect” for his prospective opponent, but he’s confident he would still “obviously kick his a**” in the ring regarless. Echoing the words of UFC superstar Conor McGregor, ‘The Mountain’ insists “it’s just business” as he looks to secure what would be the biggest payday of his athletic career to date.