The feelgood story and the captain of the team is its biggest and most experienced member, who has finally qualified for the Olympics at the third time of asking.

The super-heavyweight who missed out on London 2012 to Anthony Joshua then Rio 2016 to Joe Joyce told Sky Sports: “Keep working at things. Believe in yourself and surround yourself with good people.

“It’s not over until it’s over. That’s a message I want to give to youngsters – sometimes you fail at the first hurdle but you can get back up, go again.”

Clarke won gold at the 2018 Commonwealth Games to deliver a reminder that he is a major threat in the division where Joshua won gold and Joyce took home silver.

Daniel Dubois is a rising heavyweight danger-man in the pro game but has regularly insisted his younger sister is better than him.

🌟Amateur lightweight star Caroline Dubois is preparing for the Tokyo Olympics… and admitted it was hard qualifying on the same day brother Daniel was fighting🤯 pic.twitter.com/ca66IED2ti The softly-spoken Caroline won the 2019 European Women’s Youth Championship and the 2019 BBC Young Sports Personality of the Year after exploding onto the amateur boxing scene.

She is the youngest member of the team, aged 20, by five years and now believes the year-long delay to the Olympics has benefitted her.

“It has been bittersweet,” she told Sky Sports. “When it happened I was upset and annoyed. I was ready, prepared, I had made weight. I thought it was the end of the world. After a long year, I realise it was God’s plan – I am older, more mature, I can feel it within myself.”

Clarke fell out of love with boxing after an unsuccessful 2014 Commonwealth Games where he represented Jamaica, the country of his birth.

But he was persuaded to return and now wears an ear-to-ear smile, telling Sky Sports: “My style is a mix between Tyson, Roy Jones and Sugar Ray Robinson!” 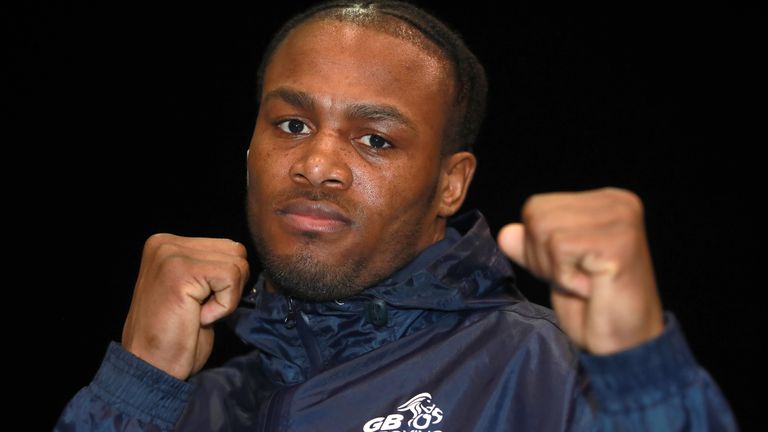 The oldest member of the team at 30, he beams: “I’m relieved to have qualified but not excited because I haven’t won anything yet. That’s just how I attack things.

“The Olympics has only been my dream since 2019. I went to the kitting out for the European Games in Minsk and thought: ‘Yo! You get this much kit? You get treated like this? Imagine going to an Olympics!’

“Galal Yafai told me: ‘You get given so much kit at the Olympics!’

Anthony Joshua watched Whittaker spar and was so impressed that he asked where his style was learned. Joby Clayton, Whittaker’s godfather and trainer, is now in Joshua’s coaching set-up. 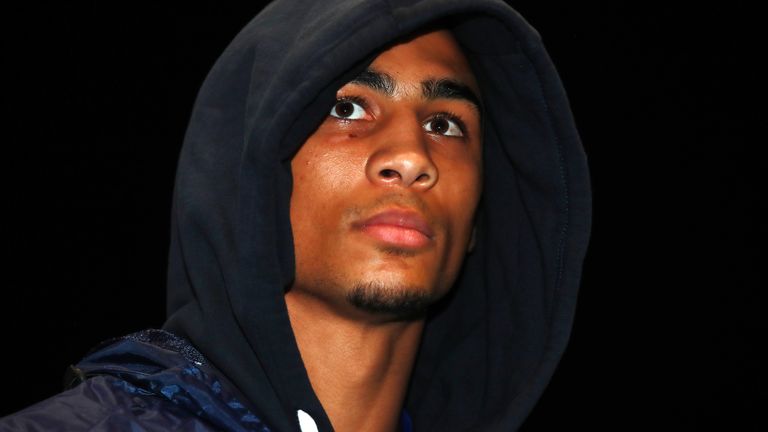 An R’n’B singer in his spare time, Whittaker describes himself as a show-off (“I just can’t help myself!”) and is a student of Cuban amateur boxing (“basically a little samba dance”).

He tells Sky Sports: “It’s nice to be an Olympian, nice to have that little title but there’s no point going unless you come back with the fruits of your labour.

“All the greats have done it – Muhammad Ali, Roy Jones – so I want to put my name on that list.”

The Macclesfield fighter joined the Army to break a cycle of being a “tearaway” and “getting into trouble”. Only once she’d joined did Artingstall realise boxing was still a serious option. 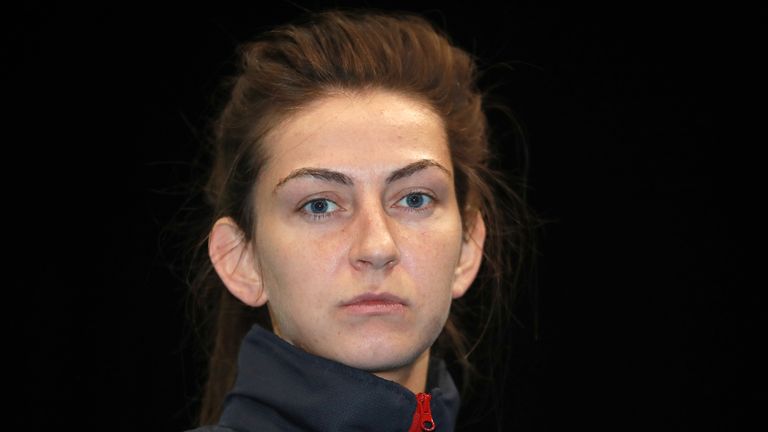 Proudly representing the military as a Gunner in the British Army she won silver at her first major tournament, the 2019 European Championship.

“I started boxing when I was 15 but didn’t expect to go to the Olympics,” she tells Sky Sports. “When I made the Team GB team I thought I could make something out of this. Seeing all the pictures [of former Olympic medallists] on the wall? I thought ‘I can be like them – if they can do it, so can I’.” Known as ‘super-mum’ inside Team GB, the Lowestoft fighter returned to boxing in 2018 just to keep fit after a seven-year break during which she had three children. 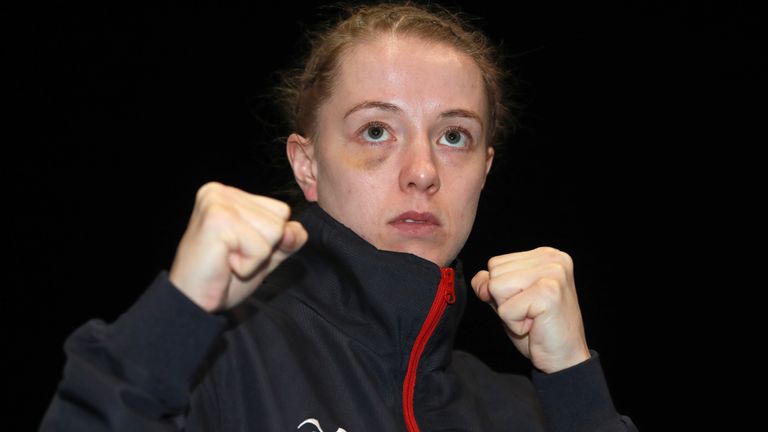 Her eldest, she says, is beaming with pride that mum is flying out to the Olympics.

She won gold at the 2019 England Boxing National Championships, just a year into her comeback, and is now breaking down barriers as a mother inside the ring.

The Liverpool fighter is the most decorated boxer in Team GB and is the only fighter to win a medal at every major tournament in the Tokyo cycle.

McGrail has won gold at a European Championship and a Commonwealth Games, and has two bronze medals at World Championships.

“I’ve got a medal at every major Championships and Tokyo is another chance to do that,” he said.

The first of the McCormack twins is a veteran of Rio 2016 and is the reigning European champion.

Only a cruel clash of heads in the second round of the 2019 World Championship final limited McCormack to a silver medal.

He gained a measure of revenge by defeating the same opponent, Andrei Zamkovoi of Russia, to qualify for the Olympics.

He is experienced and decorated and one of Team GB’s most serious threats to the medal podium. 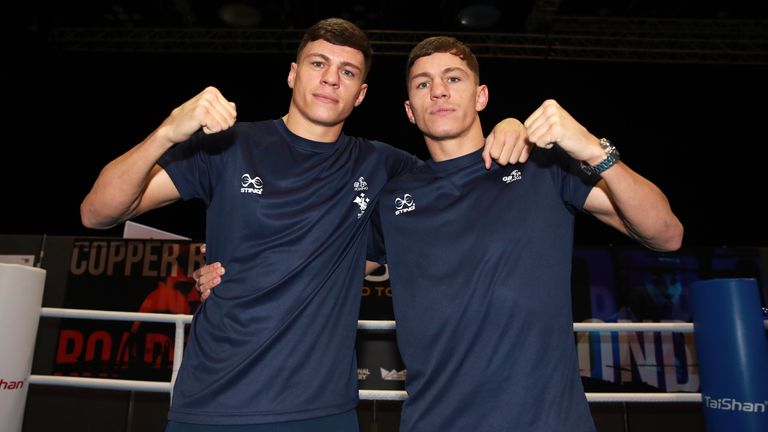 The second McCormack twin is competing in the same division that his brother was involved in for Rio 2016.

In 2015, Luke and his brother Pat became only the second pair of twins to win England Boxing Elite national titles on the same day.

Her dream was always to be an Olympian – but she didn’t know which sport to pursue.

Price has earned 52 caps as a footballer for Wales and is also a kickboxing world champion. Now in her third sport, she is the reigning world and European champion. In 2019 she became only the third British female to become world champion.

“As a kickboxer, I was always better with my hands than my legs,” she tells Sky Sports.

“Now my speed and footwork is a big part of the game so I’m not sure if that comes from my football.

“I am very fast, very technical, I get in and out, I am very skilful.”

This will be the third Olympics for the Yafai family – Galal competed at Rio 2016 and his brother Kal was at Beijing 2008 before becoming a world champion as a pro. “The last Olympics were big for me,” he tells Sky Sports. “I was working [a full-time job] just a year before. I was a newbie on the squad then suddenly I was on the plane to Rio. I have good and bad memories, I lost to the Cuban world champion.

“The last Olympics? I wasn’t dazzled by the whole scenario.

“I’m a two-time Olympian but Kal and Gamal give me advice like I’m a novice! It’s great for me. Kal has been to the Olympics before me and is a former world champion. Any advice I can get will only make me better.”