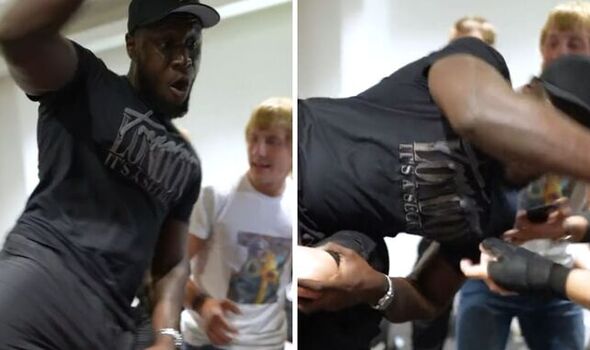 UK grime artist Stormzy was nearly dropped on his head as he was scooped up for an attempted suplex by Molly McCann. The Liverpudlian mixed martial arts fighter was celebrating her victory over Hannah Goldy last night when she jokingly hauled the recording artist up in the air.

Despite being 6-foot-5 and over 200lb, ‘Meatball’ effortlessly lifted him up with a high crotch takedown while Stormzy screamed for help as he began to fall over McCann’s shoulders. Luckily Paddy Pimblett was there to save the day as he stopped Stormzy from being flipped over.

Clearly baffled by what had just happened, the rapper bolted to the other side of the room as he asked McCann: “Why you gotta do me like that?!”

At UFC London, McCann impressed once again. The Brit stunned her foe with the same spinning elbow that knocked out Luana Carolina in her last fight before following it up with a blistering combination for the first-round TKO win. 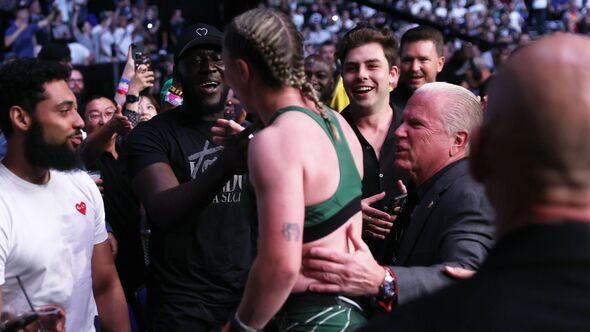 As the crowd erupted, McCann lept over the Octagon to celebrate with her team in an almost carbon copy version of the way she did in March. Talking post-fight a visibly emotional ‘Meatball’ told Michael Bisping: “I don’t know if I’ve ever seen this in combat sports in the Uk, getting behind a female athlete. You’re working class everybody that has got behind me. I appreciate you, it’s those walkouts, it’s that energy that you bring. That’s what gets you finishes.

“To see everyone else on this card that didn’t want it as much, they let you down, I will not let you down, I’m not Everton football club.” After nearly knocking out a second opponent in a row with her trademark spinning back elbow, McCann said: “Have you ever seen lightning strike twice? Well, now you have. How about that!” 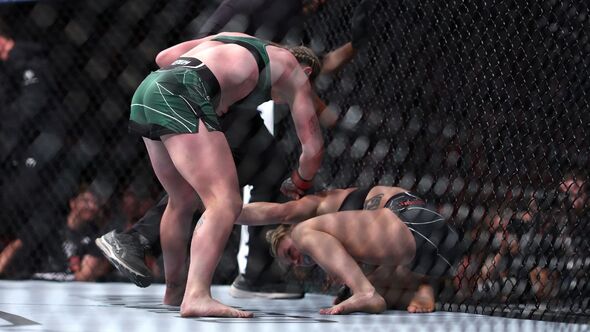 She continued: “I think you’ve seen after the last win, I didn’t go on a big three-month bender. I’m committed to the game. Dana, Mick, Shawn, Hunter whenever you want me I’m out.”