Saturday’s historic women’s boxing bout between Claressa Shields and Savannah Marshall has officially been cancelled following the death of Queen Elizabeth II. The pair will now square off on October 15.

In an official statement by the British Boxing Board of Control general secretary Robert Smith, it was confirmed on Friday that all of this weekend’s boxing has been postponed in the wake of the Queen’s death. “The British Boxing Board of Control have decided that all tournaments this weekend will be postponed as a mark of respect to Her Majesty Queen Elizabeth II,” read the press release.

“We join as a nation in mourning and pay tribute to Her Majesty Queen Elizabeth II, honouring her dedication to our country during her long reign and the legacy she leaves behind.”

This statement was followed by official confirmation from BOXXER CEO, Ben Shalom, that Shields vs Marshall has been pushed back to October 15. He said: “This is an unprecedented moment in our history and our sincere thoughts are primarily with the Royal Family and the nation at this time. 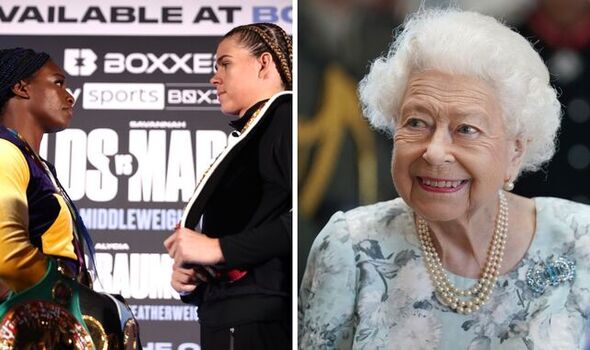 “Out of respect, the British Boxing Board of Control has decided to postpone Saturday’s show. A provisional date for Saturday, 15th October at The O2 is being worked on by all parties to stage this unique and iconic night of celebration for women’s sport at a more appropriate time.”

Adam Smith, Head of Boxing Development at Sky Sports, added: “All of our thoughts at Sky Sports Boxing are with the Royal Family at this time. As much as we were all looking forward to witnessing this historical sporting spectacle this weekend, it is absolutely right to respectfully reschedule the show for October 15th.”

The pair were due to weigh-in at 1pm on Friday behind closed doors, however, that has since been cancelled following the news.

Shields (12-0) is the current WBA (super), WBC, IBF, and Ring Magazine middleweight champion of the world and recently made her third defence of her titles in February, when she defeated Ema Kozin via unanimous decision. She is currently No2 on the Ring Magazine women’s pound-for-pound rankings behind Katie Taylor.

Marshall (12-0) holds the final piece of the undisputed crown – the WBO strap – and is widely considered to be one of the hardest punching female fighters of all time. In her last outing, she scored a brutal third-round knockout over Femke Hermans in April at the Vertu Motors Arena, Newcastle. Even bigger than that, she handed Shields her only defeat as an amateur in a world championship competition in 2012. Shields went on to win a gold medal at the London Olympics that year.

The undercard was set to feature an all-female bill including a super-featherweight unification bout between Mikaela Mayer and Alycia Baumgardner as well as British boxing stars Caroline Dubois, Karriss Artingstall, and Lauren Price.