EXCLUSIVE: Savannah Marshall plans to beat Claressa Shields into RETIREMENT in Saturday’s undisputed showdown as she insists her amateur win over the ‘GWOAT’ still haunts the American

Savannah Marshall believes Claressa Shields will walk away from boxing following their historic undisputed clash at the O2 Arena this weekend.

The long-term rivals square off on Saturday as they top Britain’s first-ever all-female card, some 10 years after Marshall inflicted the one and only defeat of Shields’ career in their 2012 Amateur World Championship clash.

Marshall brings her WBO middleweight belt to the table, while double Olympian and two-weight undisputed champion Shields puts her WBC, WBA and IBF belts on the line in one of the most eagerly-anticipated spectacles of the year. 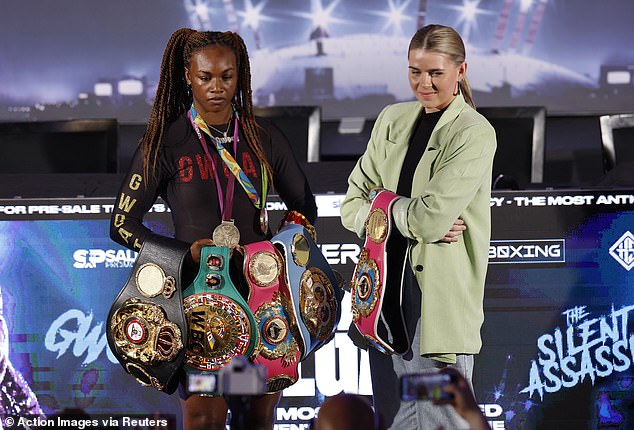 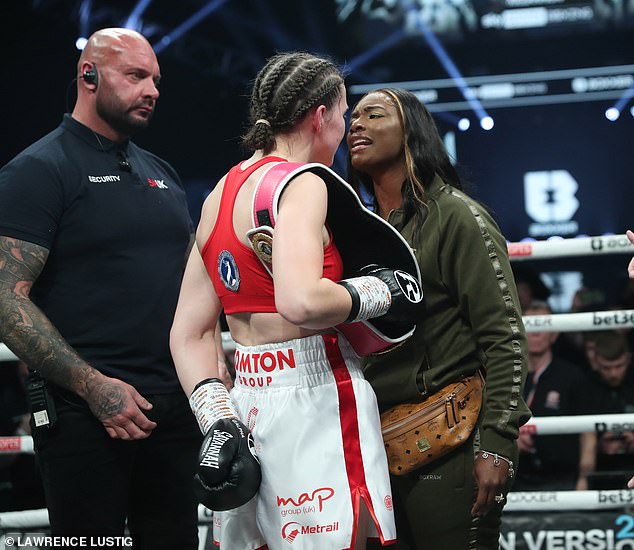 Not only will there be a drastic clash of styles in the ring, the two fighters offer a stark contrast of personalities, with Marshall more reserved and composed and Shields more brash and abrasive.

Marshall insists she has got underneath Shields’ skin in the build-up to the bout, believing the American is still haunted by her amateur defeat to the Hartletpool fighter.

‘You can see it,’ Marshall told Sportsmail. ‘I lost plenty of times as an amateur; ask me about any of them and I probably wouldn’t even remember them.

‘Ask her, and she goes from naught to 100 and steam starts coming out of her ears. It’s quite well-documented that I’ve hit a nerve.

‘You’ve got to ask yourself why you haven’t had therapy, because 10 years is a long time.’ 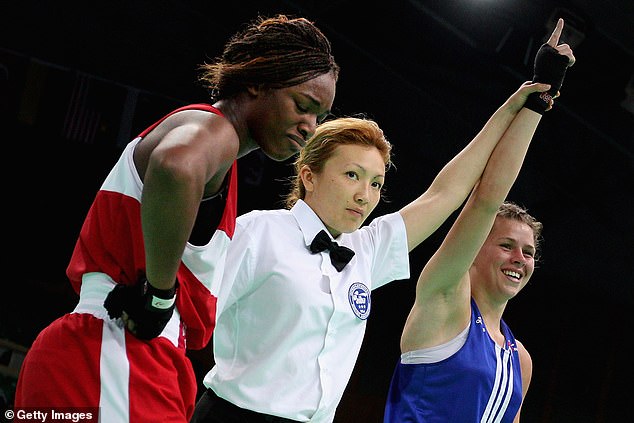 Marshall is the only boxer to defeat Shields, coming as an amateur all the way back in 2012 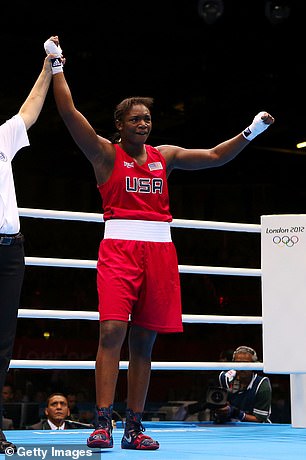 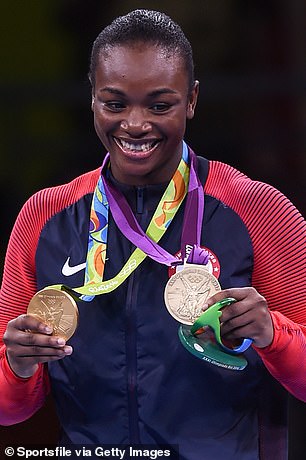 Having made history by winning back-to-back Olympic titles, Shields has continued to shine by becoming undisputed champion in two distinct weight classes since turning pro.

The ‘GWOAT’, as the American labels herself, has also taken part in two MMA fights, winning one and losing the other, and is set to return to the Octagon shortly after Saturday night’s clash.

Marshall, who, like Shields, remains undefeated as a professional at 12-0, plans to be the American’s final opponent in the squared circle, however.

‘I personally think we’ll never see her in a boxing ring again,’ she said of Shields’ next move, should Marshall deliver on her promise and emerge victorious once more.

Yet, any thoughts the Hartlepool fighter is overlooking Shields should be quickly forgotten. 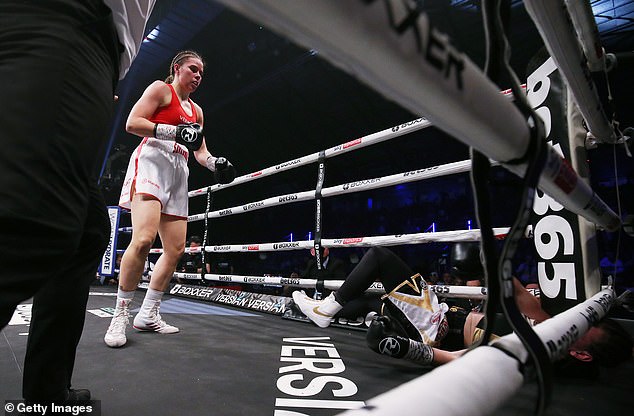 A heavy-handed Marshall has stopped 10 of her 12 opponents, including the last eight in a row 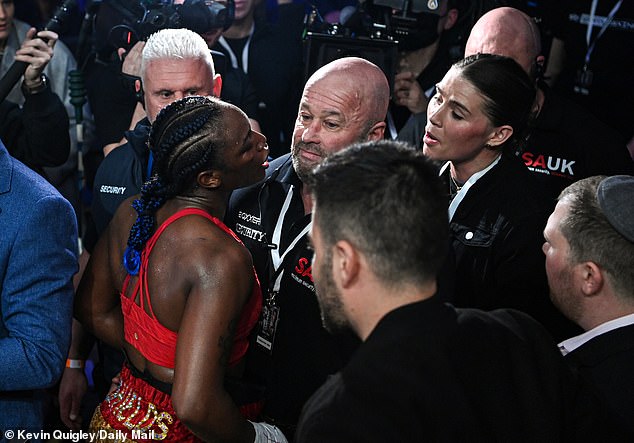 The Hartlepool fighter insists she’s expecting a career-best performance from Shields, though

Despite claiming eight successive stoppage victories, with 10 of her 12 bouts ending before the final bell, Marshall believes this one is going the distance.

‘I’m expecting the best version of Claressa Shields that I’ve ever seen,’ she said. ‘I’m expecting a tough, hard, gruelling 10 rounds, and I’ll be disappointed if I don’t get it.

‘She’s quick and I think what she’s been doing has worked for her for a long, long time. But it won’t work against me.’

For Marshall, a showdown against Shields is as big as it gets, and the 31-year-old insists she would gladly take a rematch should the opportunity present – Sportsmail was told in July that both fighters will be able to activate a clause with defeat.

For Marshall, a showdown against Shields is also a welcome escape from what has been a difficult period, with the near six-foot fighter frustrated by the lack of options available at the higher weights. 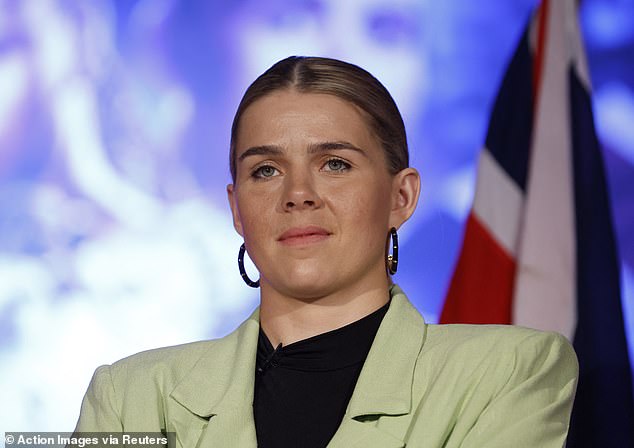 But crucially, for Marshall, despite heading into by far the biggest night of her career, there are no nerves, only eager anticipation.

‘I’ve worked for this moment for a long, long time,’ she said. ‘All those years of being sat thinking, “When am I going to get my chance? Why can’t I box this girl?” and fights falling through.

‘Even during Covid, I remember opponents testing positive, Peter [Fury, her coach] testing positive – it just felt like I was constantly swimming against the tide. I was thinking, “God, when am I going to get my break?” And this is it.’

Marshall continued: ‘All those years of waiting and wanting to be in this position, I’m leaving no room for nerves. It’s excitement.

‘I’ve been sat on the shelf, fighting to get this fight. I got offered a fight against Claressa in my third fight.

‘Peter said, “You can take it if you want, but what would you take it for, 10 grand? Let’s build it up properly, you get a belt, she gets a belt, fight a couple of neutral opponents and it will be massive.” And Look at it now.

‘It couldn’t have been mapped out better for me, so what would I have to be nervous for?’