Former unified heavyweight champion Andy Ruiz Jr floored Luis Ortiz three times en route to a unanimous decision victory in a nip and tuck affair early this morning – and then called out Deontay Wilder. With scorecards of 114-111, 114-111, and 113-112 in favour of the Mexican, the knockdowns made all the difference as he won his WBC eliminator bout.

After the fight, Ruiz Jr called out former WBC champion Wilder: “God willing he wins against Robert [Helenius] in October. Me and him are in the same organisation, I want to thank Al Haymon, he can make this fight happen and let’s do it, let’s get it on.”

According to reports, this fight is a top priority for PBC – the boxing promoter both men are signed with. Wilder was invited into the ring after the contest and consolidated with his former opponent, Ortiz.

“It was a great fight, it was a hell of a fight,” Wilder said. “This is what all the fans came to see. That right there deserves all the respect. 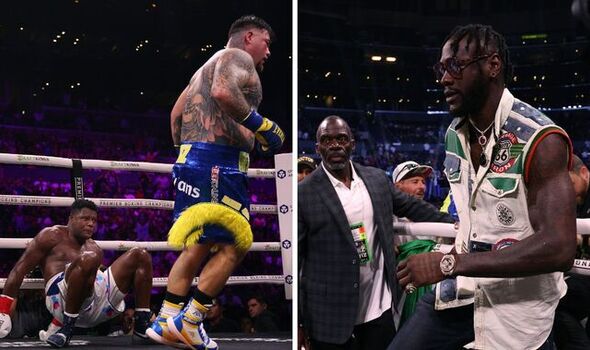 He continued: “Deontay Wilder is back. We’re always looking for great exciting fights we love to give the fans. So if that’s what is lined up next [Ruiz Jr], I’ve got to handle business and after that, we can get it on.”

For Ruiz Jr, the victory over Ortiz puts a lot of doubts to bed. Talking about the fight, he continued: “Since the jump, I thought people were doubting me and thought I was going to get my ass knocked down and what not. I worked so hard for this fight because I know he’s a warrior and he hits hard. 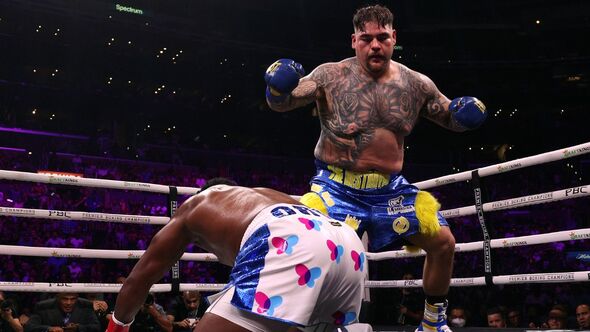 “I thought I did a beautiful job boxing and countering; I thought I showed some different class than I usually do instead of just pressuring him and going forward.

“It was difficult, man. But the ability that I have, me counter punching and waiting for him to load up and connecting and dropping him. It was a blessing, man and I just want to thank God so much.”

Before a fight is made, Wilder will have to dispatch of Robert Helenius on October 15 at the Barclays Center in New York. This fight – like Ruiz Jr’s – is a WBC eliminator with the likelihood being that Wilder will square off against the Destroyer in a final eliminator bout for Tyson Fury’s belt down the line.