Home » Fighting » Ricky Hatton: No one deserves a shot at Tyson Fury more than Dillian Whyte 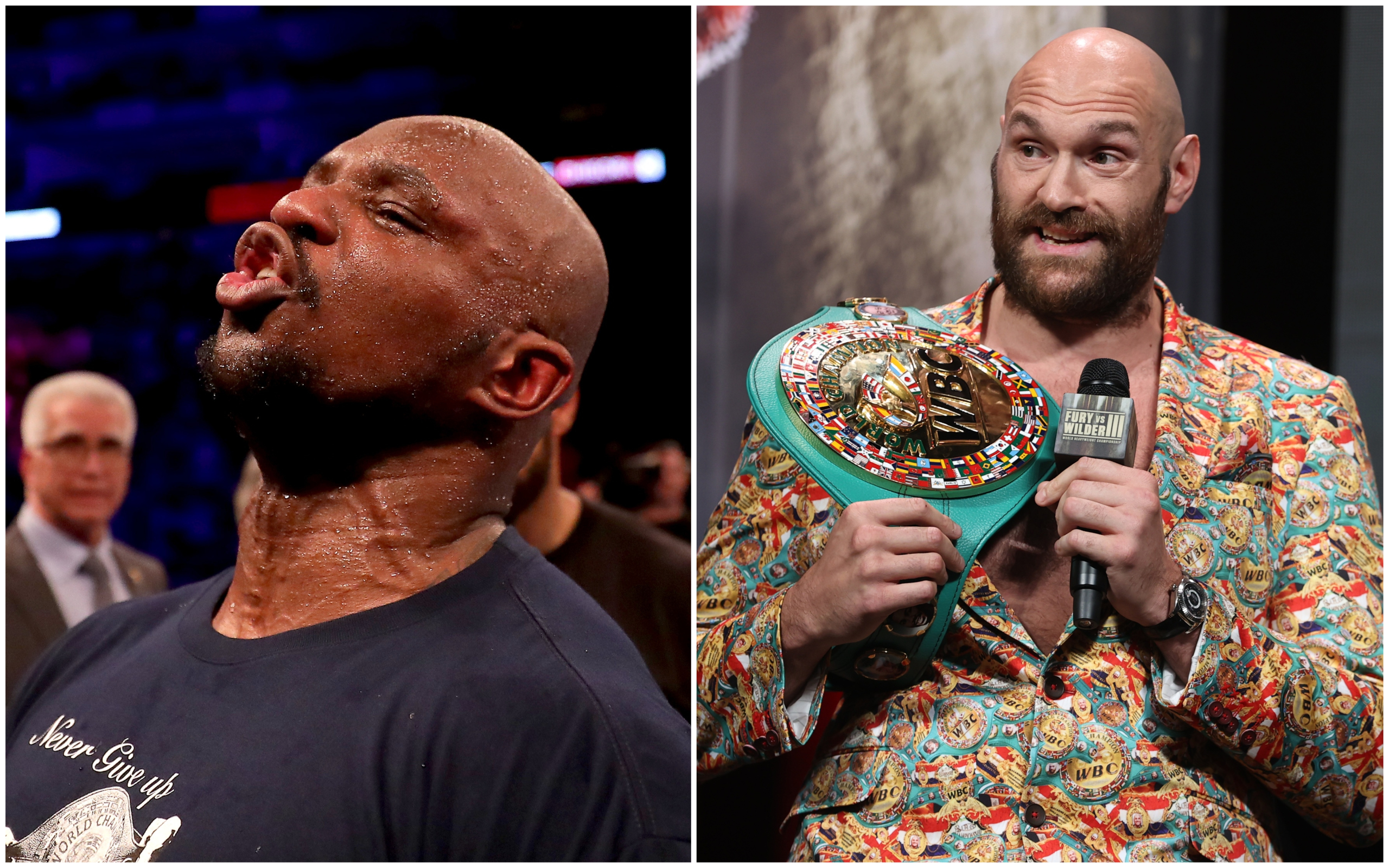 In his latest column with Metro.co.uk, the British boxing legend reflects on a frustrating week for Dillian Whyte and discusses how Fightzone have been helping shine the light on Scottish boxing.

I think we were all expecting some good news for Tyson Fury and Dillian Whyte to come from the WBC convention in New Mexico this week. But nothing is ever simple in this game and at the moment, we are still waiting for a few things to be resolved.

It’s frustrating but hopefully they can deliver this fight as quickly as possible so we can all move forward. Dillian Whyte has been waiting forever to get his shot at the WBC title, he has paid his dues and he seems to have been no1 contender forever and a day. I have a lot of time for Dillian, I do rate him highly. Tyson is my mate so I don’t think Dillian would be too upset if he saw me in his corner, but he deserves his shot.

We all wanted the Anthony Joshua vs Tyson Fury fight but this would have been the next best thing, it is one of the best fights out there. Style-wise, Dillian goes in looking for the knockout, Tyson is a masterful boxer but he has been knocked on his backside a few times.

Both are always in good fights. If you look at the fights Tyson has been in recently with Deontay Wilder, stylistically I can’t see how this would be anything other than a barn stormer.

It has been three years and counting for Dillian and he’s been made to wait around again because of these politics. He was left outside the world title picture for so long, left on the sidelines too when they were trying to make AJ vs Fury.

He deserves his chance, no one will deserve it more. It will even sweeter if he does win the belt after all this, he has kept focused, he has kept dedicated and never once taken his eye off the prize. He has kept the dream alive. You can’t blame him for being p****d off, he’s kept up his end of the deal and shown he isn’t going anywhere. He deserves this more than anyone.

A battle between two greats

Dillian has been in some wars over the years but that is heavyweight boxing. It’s the way it is. You could maybe say he’s taken some big hits and some damage in those fights along the way but you could argue the same for Tyson too.

Tyson has come back after his trouble with drink and drugs and his battle with depression, he put on all that weight and lost it again which can take its toll on your body. The first fight and certainly the third fight with Deontay Wilder will have taken it out of his body too.

Dillian has certainly been in some humdingers but I don’t think he is a lesser position than Tyson, when you are looking at miles on the clock. They’ve both had lumps knocked out of them at times, there have been hard fights for both of them.

Fury must go return to his classic style

It is a fight I see Tyson winning, if and hopefully when it happens. I thought it was over for him in the third Wilder fight but he got up and came back like he always does. It shows the champion he is, but how many times can you ride your luck?  Sooner or later, you might not get up. Your luck can run out when you are fighting big punchers.

I think Tyson must go back to the drawing board to an extent. In the second fight against Wilder, he decided he needed to be more aggressive and he ended up beating him up. But I remember when I beat Kostya Tszyu, because I beat him in such a devastating fashion, like Tyson did in that second fight, sometimes you start thinking you can take on and walk through anyone. That is what Tyson did there.

He showed he can have a fight, put pressure on people and knock them out. But his best attributes are his boxing ability, judging that distance, his defence. You look at Tyson, with his height, reach and all his other advantages, you don’t picture him as a slugger. Against Wilder in October, he turned into a 6ft 10 Rocky Marciano. I think he just needs to resort back to what he does best. If he goes into that scrapping mode against Dillian Whyte, he [Whyte] has more than half a chance.

If he gets clocked by Dillian he could end up on his arse again, that goes without saying. Dillian can certainly whack, we saw what he did to Dereck Chisora and Alexander Povetkin.

The biggest chance Tyson gives Dillian is if he chooses to go toe-to-toe with him. It would play right into Dillian’s hands, you’d be playing Dillian’s game. So take it back to the original Tyson Fury game. Speed, movement, good defence, make him miss. That is what he needs to go back to for this fight because if he gets a little bit too giddy having it out, it gives Dillian a very good chance.

Another big night on Fightzone is just around the corner when Jack Massey will be out to become Great Britain’s next world champion when he takes on Bilal Laggoune for the vacant IBO cruiserweight belt.

I’m happy to say Jack has asked me to join him on his ringwalk that night in Bolton and I’m sure he’ll be bringing another title home.

Fightzone is back in Scotland this week with two titles on the line in Glasgow. Paul Kean takes on Graham McCormack for the vacant BUI Celtic middleweight title with Trigger Wood and Paddy Pollock squaring off for the Scottish middleweight title.

It’s another show with Sam Kynoch, one the best young promoters in Scotland. He’s been putting on some cracking cards with Fightzone and Denis Hobson and we’ve been treated to some brilliant shows in recent months that have really put the spotlight on Scottish boxing and its fighters that are often overlooked on the domestic scene.

Nathaniel Collins could be of the next Scottish stars, we saw him pick up the British featherweight title in Hamilton in the summer with a cracking knockout win over Felix Williams.

Maybe none have impressed as much as Hannah Rankin, who came down to London to pick up the WBC and IBO super-welterweight belts at the start of the month.

With her and Josh Taylor world champions, it shows there is a huge amount of Scottish talent across the board at every level from domestic upwards, with Fightzone playing a big role in supporting that.

Get all the Fightzone action – visit www.fightzone.uk to subscribe