Charles Oliveira came back from being dropped to the canvas by Dustin Poirier to take a sensational victory in the headline event at UFC 269 and retain his lightweight world title.

Former interim champion Poirier, who scored a pair of wins over Conor McGregor earlier this year to earn the title shot, landed some heavy left hands and downed Oliveira as he won the first round. 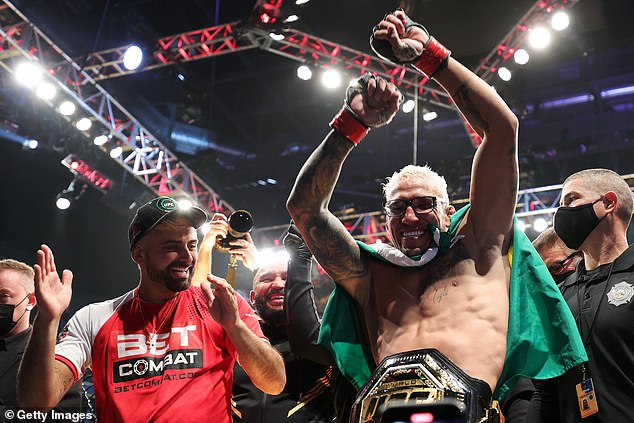 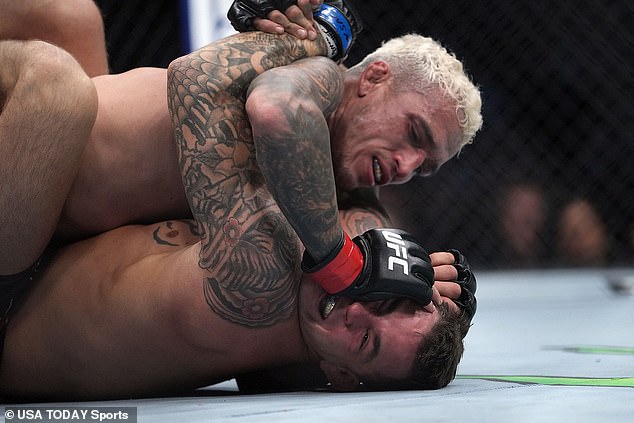 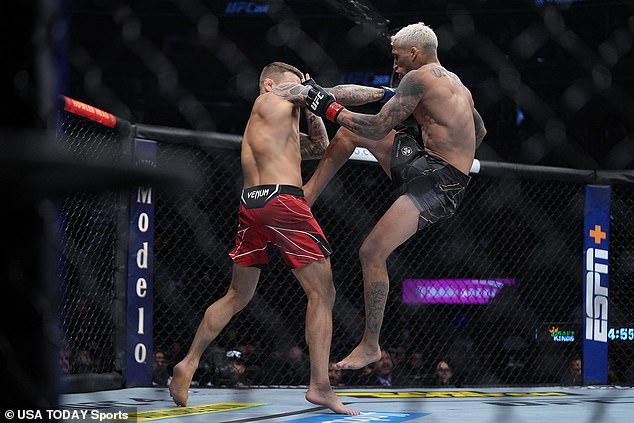 However, Oliveira got Poirier on his back in the middle of the cage early in the second, landing thunderous elbows before jumping on Poirier and securing the choke early in the third round.

With the victory, Oliveira successfully defends his lightweight title in his first attempt.

At UFC 262 in May, Oliveira defeated Michael Chandler via second-round knockout to claim the 155-pound title vacated by former champion Khabib Nurmagomedov after his retirement.

Also inside the Octagon, Julianna Pena pulled off one of the biggest upsets in mixed martial arts history to score a second-round submission win over Amanda Nunes and win the UFC bantamweight title. 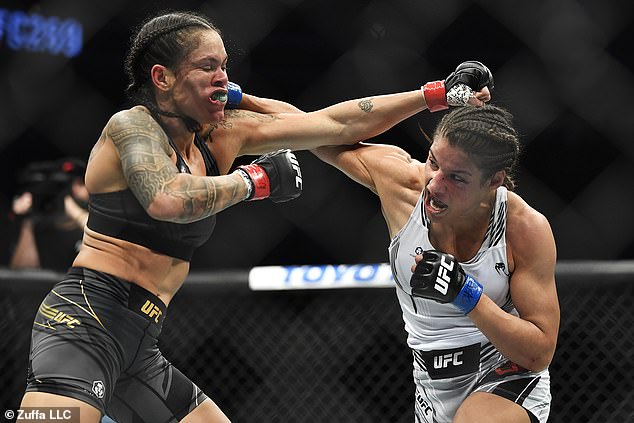 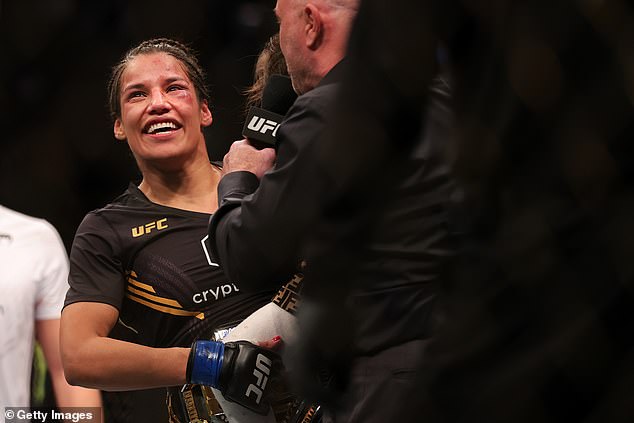 Joe Rogan hailed the victory as ‘the biggest upset in the history of the sport’, as the masses were left stunned by what they had witnessed.

The former Ultimate Fighter winner pulled off one of the most improbable upsets in the history of the sport after tapping out Nunes with a rear-naked choke in the second round.

Pena forced Nunes into a brawl, which allowed her to maximize the damage she was inflicting before taking the fight to the ground to wrap up the submission.

The stoppage came at 3:26 in round two as Pena snatches the 135-pound title away from Nunes.

‘I’m not surprised motherf*****s!’ Pena shouted into the cameras following her win.

‘I told you. Don’t ever doubt me again. Will power strength and determination. It will take you places. I definitely expected a win and the world is my oyster.’