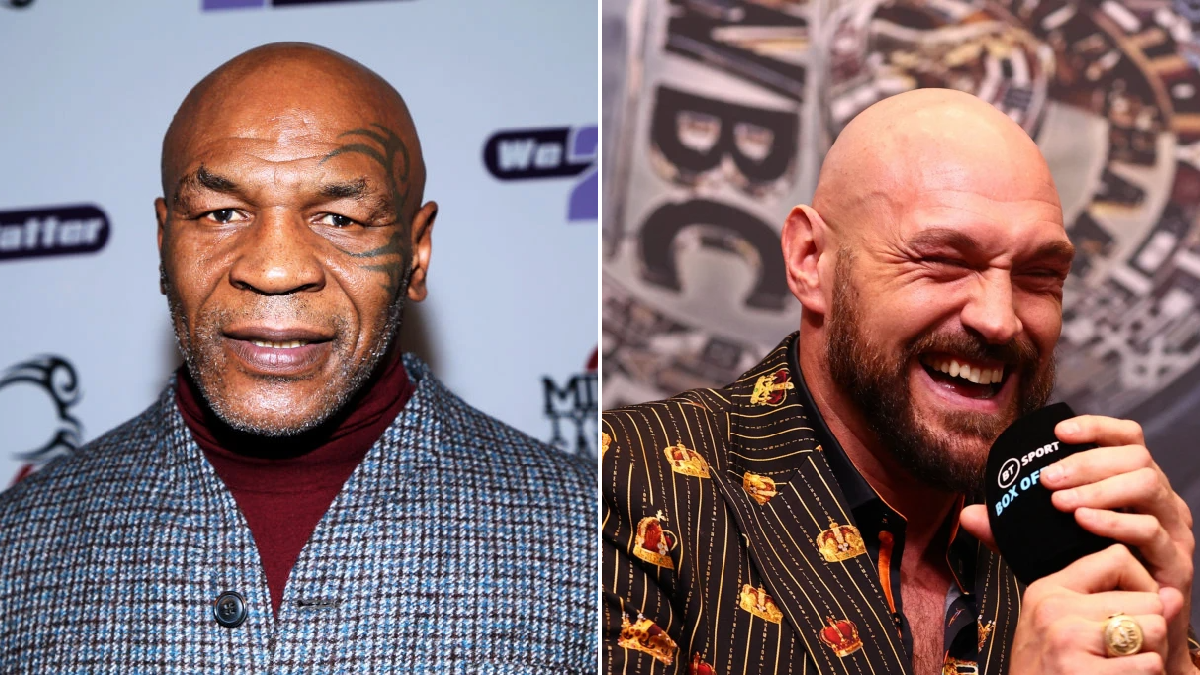 Video footage showed ‘Iron Mike’ launching a flurry of punches at a man sat in the row behind him on a flight from San Francisco to Florida.

The clip showed the man appearing to antagonise the 55-year-old with Tyson’s representatives later claiming he had reacted to the ‘aggressive’ passenger after he had thrown a water bottle at him.

Fury, who defended his WBC heavyweight title in stunning fashion against Dillian Whyte on Saturday, was quizzed on the incident during his interview with Piers Morgan on TalkTV.

And ‘The Gypsy King’ had little sympathy for the passenger, warning: ‘He [Tyson] is not the man you want to prod.’

‘Mike Tyson is a real O.G. and you can’t mess with Mike because you don’t know what he’s going to do.

‘The fun police will be on Mike to get cancelled but how long can you prod a lion with a stick? He’s not the man you want to prod.

‘If he’s man enough to prod Mike Tyson, touch him and abuse him, then man up and take a punch in the face.

‘He should be paying Mike. Now he can say he’s been punched in the face by a legend. I’d pay for that myself.’

Following the incident, a statement from Joann Mignano, a representative for Tyson, said: ‘Unfortunately, Mr. Tyson had an incident on a flight with an aggressive passenger who began harassing him and threw a water bottle at him while he was in his seat.’

The passenger was later named as Melvin Townsend III. An attorney for Townsend later insisted his client became ‘overly excited’ after seeing the former heavyweight champion aboard his flight and denied claims a water bottle was thrown.

‘At a certain point, Mr. Tyson clearly became agitated by an overly excited fan and began to strike him in an excessive manner. This situation could have been avoided simply by contacting the flight attendant,’ attorney Matt Morgan from Morgan & Morgan told TMZ.