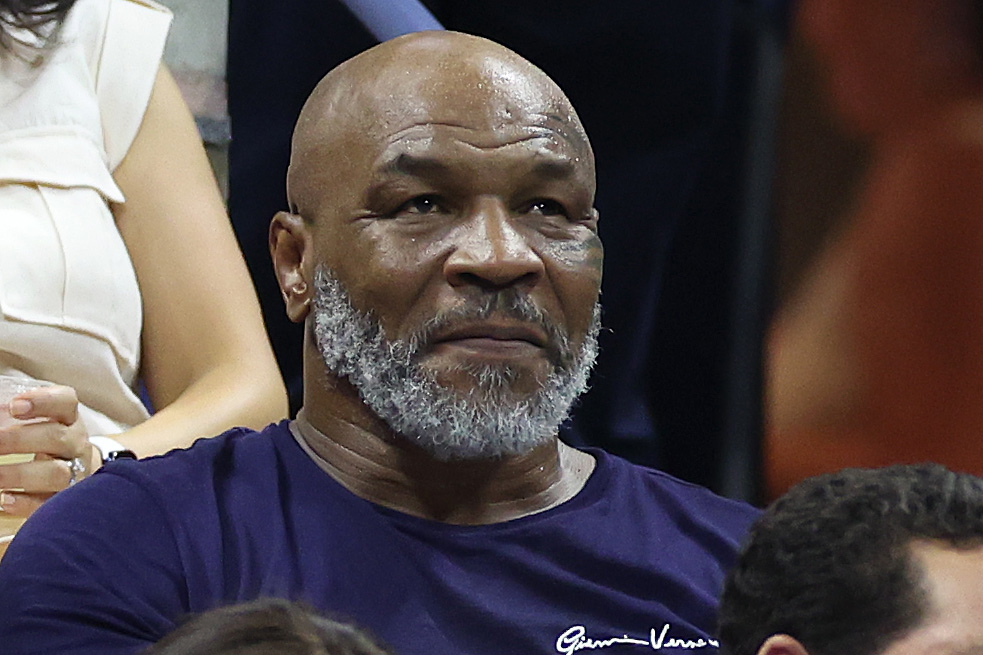 Boxing legend Mike Tyson has revealed he is suffering from sciatica that sometimes leaves him ‘unable to talk’.

Fears over Tyson’s health grew last month after photographs emerged of him been pushed in a wheelchair through a Miami airport while also clutching a walking stick.

Asked about the incident, the former heavyweight champion revealed to Newsmax TV: ‘I have sciatica every now and then, it flares up. When it flares up, I can’t even talk! Thank God it’s the only health problem I have. I’m splendid now.’

‘Everybody in my house is truly blessed and we’re all very grateful for whatever we have.’

Sciatica is a condition where the sciatica nerve, which runs from the lower back and spread down one leg, is irritated or compressed.

Tyson, who became the youngest heavyweight champion in history in 1987, had a 20-year professional career in the ring, retiring in 2005.

At 54, he returned to the ring in November 2020 for an exhibition bout against fellow boxing legend Roy Jones Jr.

Since then, there have also been discussions over further money-spinning exhibitions against old rivals Evander Holyfield and Lennox Lewis, while he has also talked up the possibility of a fight with YouTuber-turned-professional boxer Jake Paul.

Tyson recently visited the Wild Card Gym in Los Angeles, owned by legendary trainer Freddie Roach, where Paul was sparring ahead of his fight against Anderson Silva in October.

According to Roach, the former heavyweight king watched Paul for 30 seconds before leaving.

Tyson, who struggled with drug and alcoholic addiction during and after his boxing career, has openly discussed his own mortality, explaining on his Hotboxin’ podcast earlier this year that he did not believe he had long left to live.

‘We’re all gonna die one day of course. Then, when I look in the mirror, I see those little spots on my face,’ he said.

‘I say, “Wow. That means my expiration date is coming close, really soon.”‘