Conor McGregor has hit back at rival Nate Diaz after he called out the Irishman following his submission win over Tony Ferguson at UFC 279. Diaz’s fight against Ferguson was the final one on his UFC contract and the 37-year-old is set to leave the promotion to explore other opportunities within combat sports.

Before the bout, McGregor wished his rival well, tweeting: “Congrats Nate Diaz on making it to the end of his contractual obligations with the UFC, and as a bonafide superstar goer. An incredible feat. Fair play. Our trilogy will happen.”

The pair faced each other twice in 2016, winning one fight each, and have both vowed to settle their rivalry with a third bout one day. Despite McGregor’s goodwill message, Diaz aimed a dig at the ‘Notorious’ in his post-fight speech, having choked out Ferguson in the fourth round.

“All I know it’s been a love-hate relationship with me and the UFC the whole time I’ve been in this organisation but at the end of the day, I love the UFC,” Diaz said. “Shout out to Dana White, Lorenzo Fertitta and Hunter Campbell for giving me the opportunities and the platform for the whole time, for everybody and for myself. 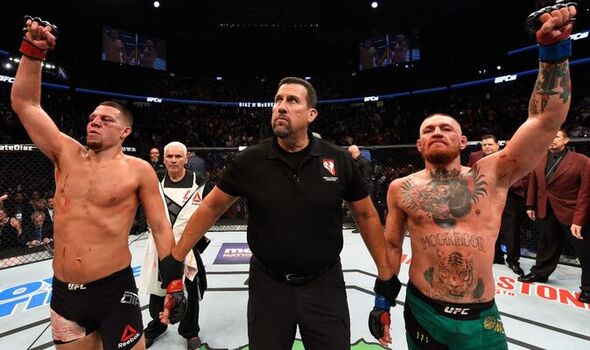 “I want to get out of the UFC for a minute and show all these UFC fighters how to take over and own up another sport how you’re supposed to do it. Cause Conor McGregor didn’t know how to do it.

“None of these other fighters know how to do it. So I’m going to go out there and I’m going take over another profession and become the best at that.

“Show everybody I’m the best at that and then I’m going to be right the f*** back here to get a motherf****** UFC title. The best title in the world.” 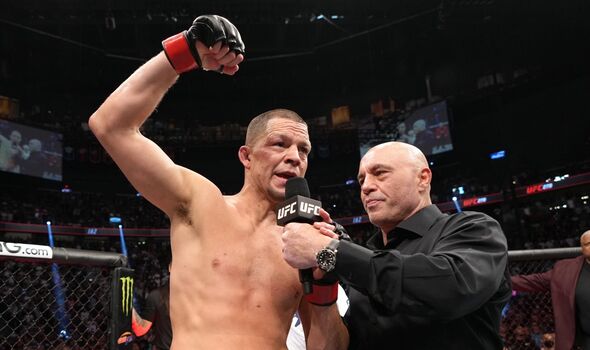 McGregor was quick to hit back at Diaz on social media, claiming he would be “nothing” without him. “Ah come on bro I’m absolutely stinking,” McGregor tweeted. “And with so much quality.

“This has never been seen before what I’m doing man. Please, Your nothing with out me. Respect, please. I’d slap you around handy. And Tony easy. I’d have sawed Tony in half. 2 ham ball heads. Respect the king.”