‘I want to go home and review the fight’: Vasiliy Lomachenko unhappy with 119-109 scorecard in loss to Teofimo Lopez as boxing promoter Bob Arum says he ‘doesn’t want to see’ one of the judges again

Vasiliy Lomachenko has said he did not agree with the scorecards in his stunning loss to Teofimo Lopez.

The 23-year-old shocked the boxing world as he dominated early and finished strong to win an unanimous 12-round decision to unify the lightweight titles. 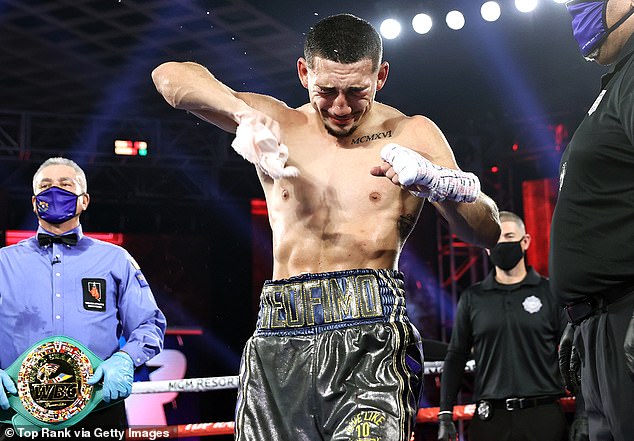 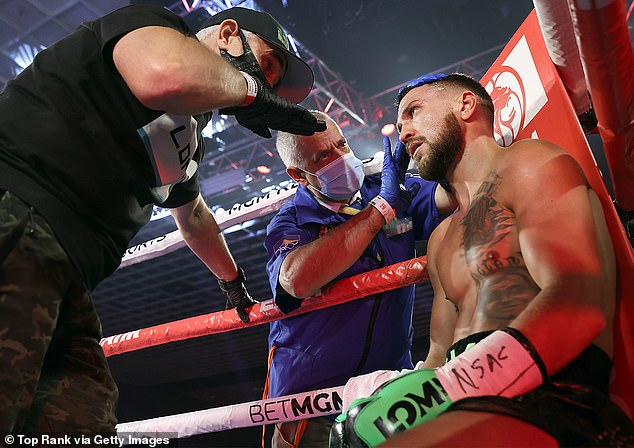 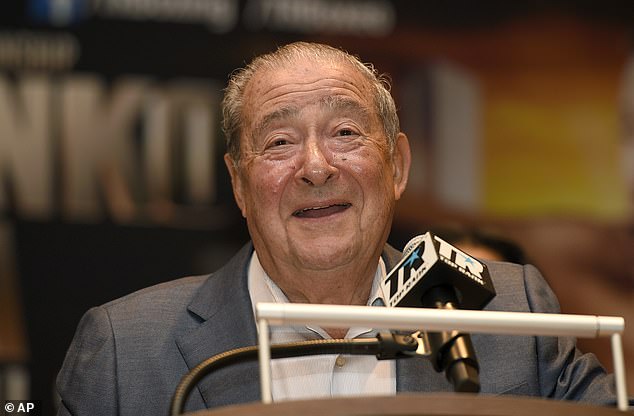 There was little to doubt that Lopez deserved the win, but both Lomachenko and Top Rank CEO Bob Arum were not happy with the wide scorecards in defeat.

Lomachenko said after the fight:  ‘I think in the first half he had more rounds than I did, but in the second half I took over and I was much better.

‘I want to go home and review the fight, I can’t comment right now much about it. Definitely I’m not agreeing with the scorecards.’

‘I would advise any fighter that I have to ask for the commission not to appoint Julie Lederman.’ 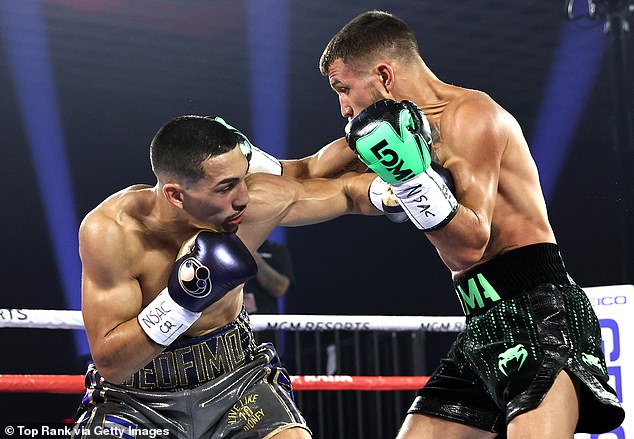 On social media, there was also some shock to the 119-109 scorecard.

WBO Welterweight champion Terence Crawford tweeted: ‘119-109 ooowwweeee that was a good fight but that score was do disrespectful.’

Retired Welsh boxer Enzo Maccarinelli posted: ‘I had Lopez 1 up, a draw I wouldn’t have complained but 119-109’ with a facepalm emoji.

WBO junior lightweight champion Jamal Herring disagreed with the scorecard tweeting:  ‘I felt Teofimo pulled it off due to his performance in the LAST round, but I don’t agree with that 119-109 score. That judge had it as a complete blow out…’

Mike Coppinger agreed with Arum’s comments saying: ‘Julie Lederman with the 119-109 scorecard. Not sure she should be judging another championship fight. Absolutely outrageous. Loma CLEARLY won 8, 9, 10 and 11.’

Journalist Andrew Lopez added: ‘Problem with 119-109 is people will look at how insane that is. But Teofimo Lopez won the fight’ while another reporter Earl K Sneed said ‘the scorecards were all over the place but @TeofimoLopez earned that win.’

Lopez who has a record of 16-0, added the three titles held by Lomachenko, who recorded his second defeat of his career, to the belt he won last year to become the undisputed 135-champion.

The 23-year-old from Brooklyn proved faster and stronger than the 32-year-old Lomachenko, who won two Olympic gold medals as an amateur and was regarded as one of the top pound-for-pound fighters as a pro.

Surprisingly enough, he was also the better boxer and proved he could close the show by bloodying Lomachenko’s eye in the 12th round.