Amir Khan has told ex-BBC Sport presenter Dan Walker to “stop it” after he poked fun at the former light-welterweight world champion for his recent post following an awkward meeting with legendary football manager Sir Alex Ferguson. Khan was seen rubbing the ex-United gaffer’s belly in a video posted to social media and has been hounded on Twitter for copying and pasting an excerpt from Ferguson’s Wikipedia page in the caption.

Ferguson won 13 Premier League titles, five FA Cups and two Champions League trophies, yet Khan still felt the need to clarify whom he had just met. “Lovely to meet Sir Alex Ferguson at Manchester Old Trafford Stadium. Best known for managing Manchester United from 1986 to 2013. He is widely regarded as one of the greatest football managers of all time @ManUtd,” wrote Khan on Twitter.

In response to Khan’s copy and paste job, Walker playfully mocked him by taking a few lines from his own Wikipedia page. “Magnificent work from Amir Khan best known for being a British former professional boxer who competed from 2005 to 2022. He held unified light-welterweight world championships between 2009 and 2012, including the WBA (later Super) and IBF titles,” tweeted Walker.

And Khan ordered Walker: “Stop it”, before adding a laughing emoji at the end of his post. Walker certainly wasn’t alone in taking a dig at the retired boxer. 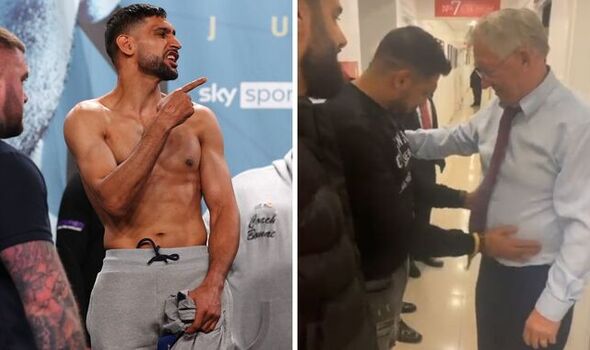 One fan wrote: “Amir copy and pasted from Wikipedia,” with a screenshot of the exact excerpt from Ferguson’s Wikipedia page.

A second tweeted: “Looks like Amir didn’t know who he was so had to google him.”

Another added: “Bro I thought about it but don’t know how to say this without sounding offensive: more people are likely to know who Fergie is than who you are. Just stating this as a matter of fact, not shade.”

Joshua given coaching ultimatum by Garcia after Usyk loss 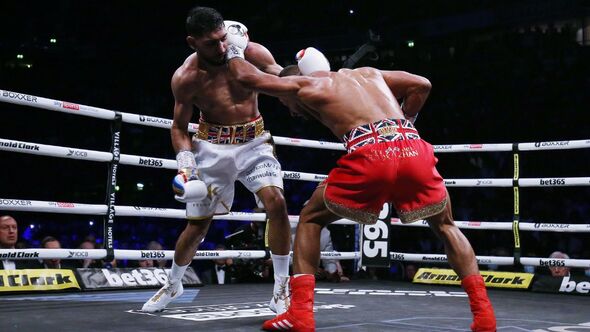 A fourth concluded: “cheers for clarifying amir, thought he was a train driver before i saw this.”

Khan retired from professional boxing in May, following a sixth-round stoppage loss to fierce rival Kell Brook in Manchester. Over the course of a 17-year stint in the paid ranks, Khan captured the IBF and WBA (super) light-welterweight titles and challenged for the middleweight and welterweight world titles as well.

The former Olympic silver-medallist rounded off his star-studded career with a 34-6 professional record and holds big wins over Marcos Maidana, Zab Judah, and Paulie Malignaggi.