Dana White has revealed Khabib Nurmagomedov has decided to snub the chance to stick around this weekend to watch Conor McGregor versus Dustin Poirier and Dan Hooker’s clash with Michael Chandler at UFC 257. The Dagestani star is set to leave the Middle East before Saturday’s blockbuster card despite telling White he is keen to keep tabs on proceedings ahead of a potential return.

An emotional Khabib called time on his illustrious career following his successful stoppage of Justin Gaethje via triangle choke in October.

The 32-year-old revealed it would be his last fight after the contest but following talks with White on Fight Island last week, there is hope Khabib could return to the octagon.

“Basically, the way that he feels right now is he’s accomplished everything he set out to accomplish,” said White last Saturday.

“If these guys can do something special, Khabib will fight them.” 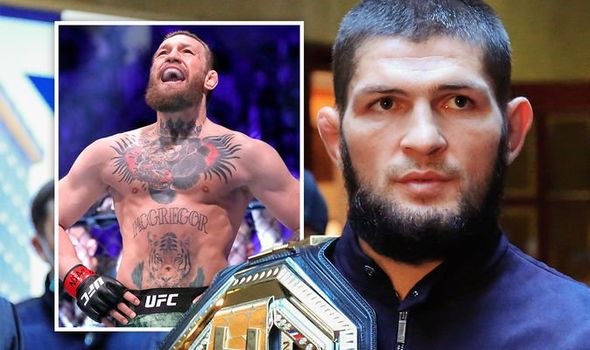 Khabib will be in the corner for his cousin Umar Nurmagomedov at tonight’s UFC Fight Night in Abu Dhabi but White has now revealed the 155-pound champion will return home before the weekend’s main card.

He said: “He’s corning on Wednesday and then he leaves. He leaves and goes to Vegas. So I will have the fight and fly home on Sunday and I’ll see him again in Vegas. Those fights will have played out.”

White is planning to meet with Khabib in Nevada to try and convince him to return to the sport.

“He and I are going to hook up and go to dinner in Vegas and talk again and we’ll make a decision,” he added.

“One thing that he did say is, ‘I’ll never hold up the division’.”

Khabib has not been in the same room as McGregor since their post-fight brawl at UFC 229 and the decision to bypass Saturday’s showpiece could prove sensible from the Russian.

The Eagle has also reportedly declined a mega-fight with Georges St-Pierre as he looks to stick to his word.

As White stated, it will take something spectacular to entice the lightweight king into a return. 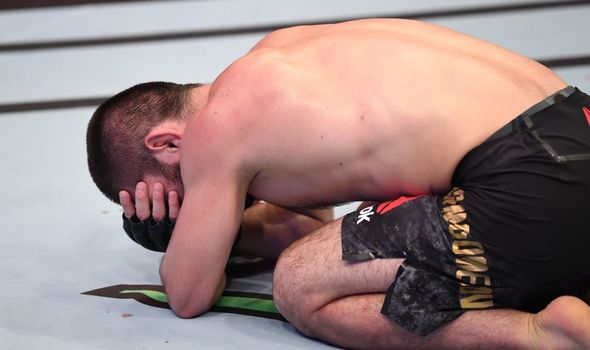 Khabib promised his mother he would call it quits following the tragic passing of his father and trainer Abdulmanap Nurmagomedov due to COVID-19 last summer.

“Today, I want to say, this was my last fight,” Khabib said after beating Gaethje.

“I promised her that this will be my last fight. And if I give my word, I need to follow it.”