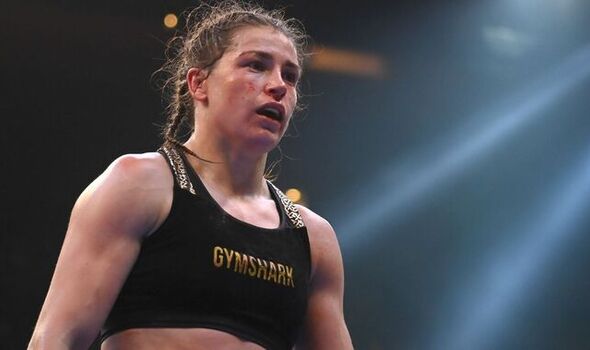 Katie Taylor and Cris Cyborg are reportedly negotiating terms for a mouth-watering boxing vs MMA contest later this year.

The proposed crossover fight would see two of the greatest female athletes from their respective sports do battle in the boxing ring. Brazilian MMA legend Cyborg is a former UFC, Strikeforce and Invicta FC featherweight champion and current Bellator featherweight champion. Known for her punching power, the 26-2 veteran has 20 knockouts from her 26 professional victories and used to walk around at a jaw-dropping 185 pounds despite fighting as a 145er.

Taylor, the far smaller fighter, has mostly operated at lightweight (132 pounds) for the majority of her career. In an unblemished 21-0 professional boxing stint she has picked up world titles at lightweight and junior-welterweight and is the current undisputed lightweight champion.

Now, it seems she could be set to face an entirely new challenge against Cyborg with Sports Illustrated’s Chris Mannix claiming that negotiations are ongoing. 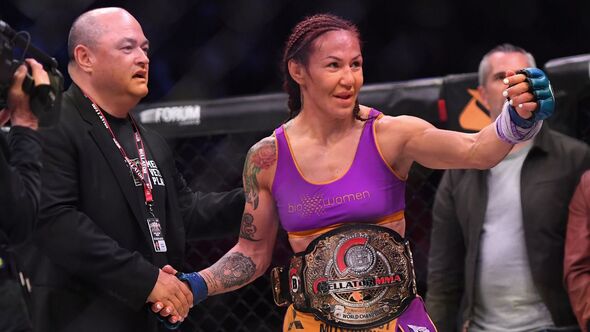 He tweeted: “Negotiations are ongoing for @KatieTaylor to face MMA star @CrisCyborg in a boxing match, sources told @SInow. No deal yet, but the hope is for Taylor to face Cyborg in December — and then move forward with a rematch against Amanda Serrano in Ireland next spring.”

After beating former seven-weight world champion Amanda Serrano in a razor-tight contest on April 30, Taylor and her promotional team had hoped to book the rematch. But Taylor’s promoter Eddie Hearn told Bad Left Hook that Serrano ‘didn’t want to entertain’ the rematch.

He said: “Whether [the Serrano team] don’t think they can win the fight or whether they just want to get some confidence or, I don’t know, but they don’t want the rematch right now. 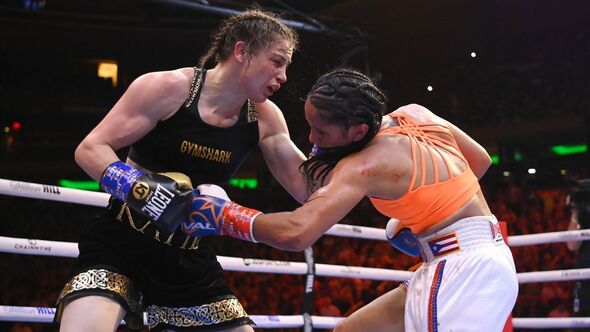 “We want to do that fight in front of 80,000 at Croke Park in Ireland. We reached out to their team and it was, like, there’s no number. It wasn’t even, ‘Let’s negotiate, let’s make an offer.’ It was, ‘We don’t want to do that rematch right now.’ She’s gonna go away, she’s gonna fight I think in August.

“I thought Amanda Serrano felt like she won the fight and could beat Katie Taylor, and they’d be turning down a huge amount of money. But they don’t even want to entertain the discussions.”

After negotiations failed to lift off the ground, rumours began to circulate that Taylor would face an MMA fighter instead. At the time Holly Holm and Cyborg were believed to be the most likely options but now it appears the latter will face off against Taylor in a money-spinning showdown.