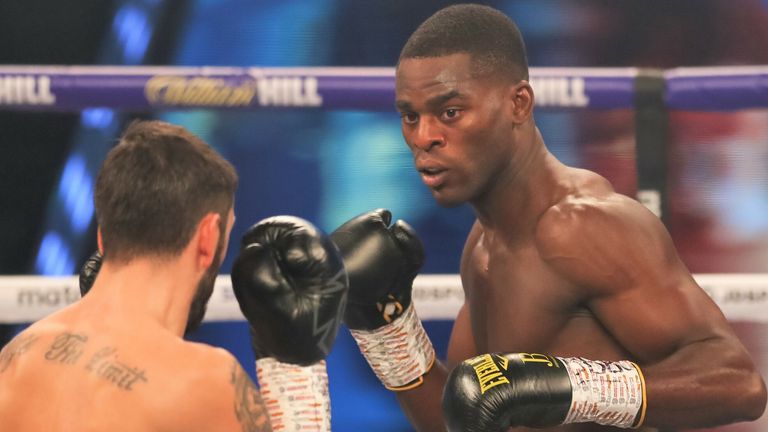 Joshua Buatsi endured a swollen eye and an early scare before stopping Marko Calic in the seventh round of a brutal light-heavyweight battle.

The 27-year-old preserved his perfect professional record with a display of grit and firepower as he overcame the Croatian’s aggression in the opening rounds, then explosively forced the stoppage to bring up his 13th straight win.

Buatsi quickly found the range for his swift jab, despite a 13-month absence from the ring, but Calic answered with two accurate right hands in the opening round.

Calic was undaunted by the Brit’s revered reputation, ramming in more stiff right hands in the second during a worrying opening for Buatsi. There was greater cause for concern in the third as Calic regularly breached the defences of Buatsi, who was left with a badly swollen left eye.

Buatsi’s spirit was being sternly tested along with his skills and he dug in spiteful body shots in the fourth, while a thumping right hand forced Calic to hold in the fifth.

Calic stood firm in the sixth, with both men trading crunching punches from close range, but Buatsi ended the fight with a destructive assault in the next.

A right hand sent shockwaves through the legs of Calic, who received a count, and the towel was thrown in by his corner after a further barrage from Buatsi, who revealed that his opponent suffered a suspected broken jaw.