Anthony Joshua and Dillian Whyte discussed a future rematch during a chance encounter amid plans to settle their long-term feud ‘once and for all’.

The British duo have been rivals since their early amateur days and squared off in the pro ranks back in 2015, with Joshua emerging victorious to claim the vacant British title and keep his then-unbeaten record intact.

Both fighters have on multiple occasions outlined their desire to do battle once more, but first they acknowledge they must get back to winning ways after falling to a pair of devastating defeats. 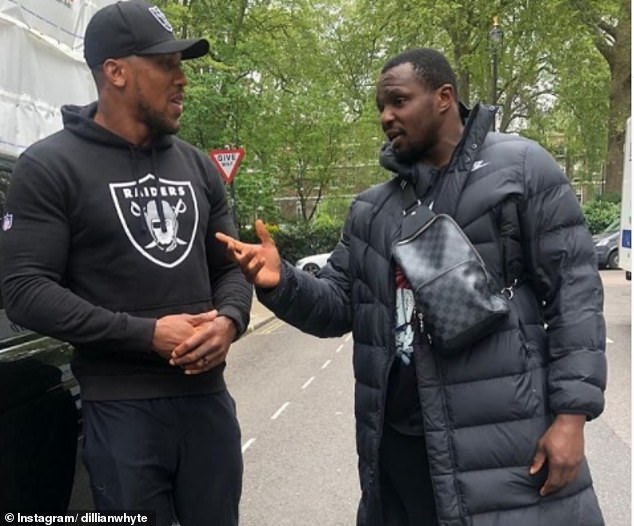 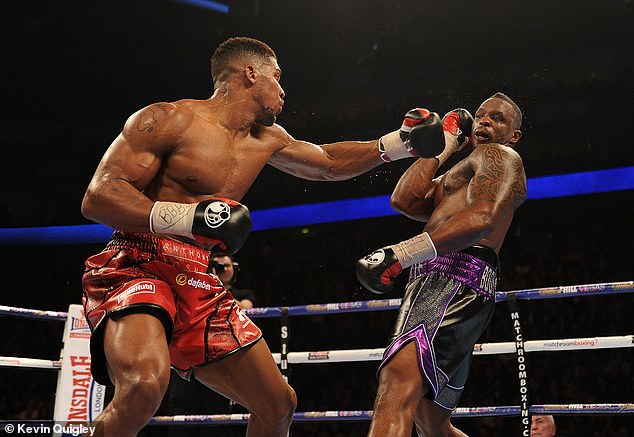 Just over a week after Whyte suffered a brutal stoppage defeat to WBC champion Tyson Fury in front of a record 94,000 crowd at Wembley Stadium, Whyte ran into another heavyweight protagonist in Joshua.

‘The Body Snatcher’ – who was stopped by an uppercut for the third time in his career – posted a picture of the heavyweight rivals across his social media platforms.

‘Run in to my old foe Anthony Joshua talking about the rematch in the future and about finally settling the score once and for all,’ he wrote in the post. ‘But first we need to get back to winning ways.’ 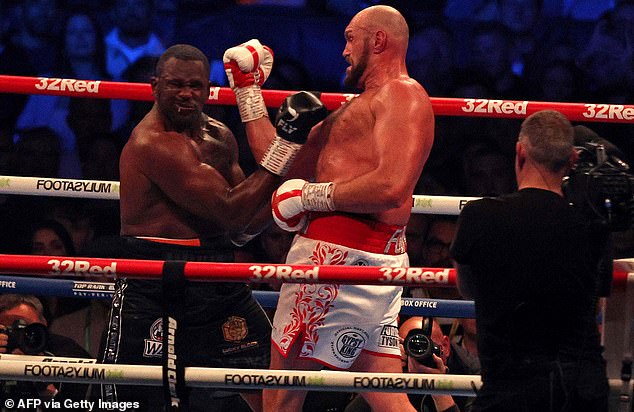 Whyte was stopped by WBC champion Tyson Fury in front of a 94,000 crowd at Wembley 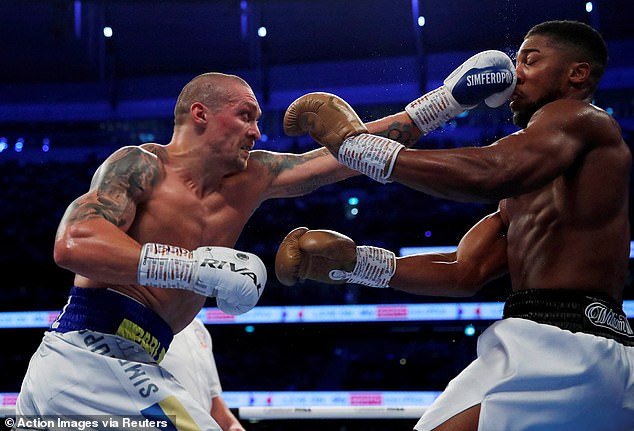 Joshua is currently preparing for the most important fight of his career, with his rematch against Oleksandr Usyk penciled in for July 23 this summer, though no official announcement on the date or venue has yet been made.

The two-time heavyweight champion suffered his second career defeat last year as he was outfought and outclassed by the Ukrainian mastermind at the Tottenham Hotspur Stadium in September.

The ongoing Russian invasion of Ukraine initially raised uncertainty over the eagerly-anticipated rematch, but Usyk – who had enlisted in the Kyiv Territorial Defence – in March left his homeland to begin training.

Promoter Eddie Hearn provided an update in April, stating: ‘We’re in final negotiations with sites in the Middle East and the UK. 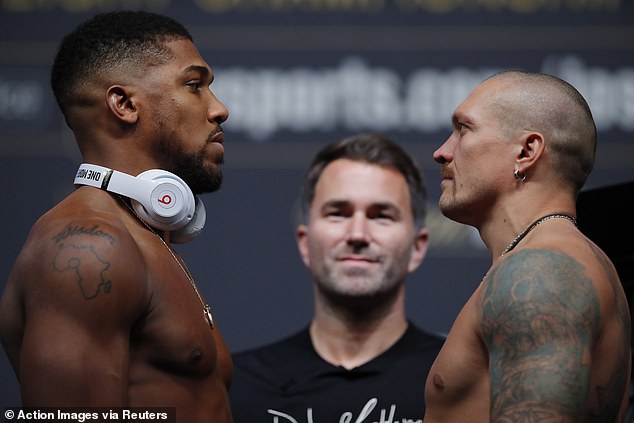 ‘We looked at America, but I don’t think that will be where it takes place. I’d like to be in a position, fight week for Canelo, where we have some news.’

As for Joshua and Whyte, they currently share one win apiece, having fought both in the amateurs and as professionals.

Their first encounter came in 2009, with Whyte knocking down and defeating a 20-year-old Joshua on points, before AJ went on the secure Olympic gold at the London Games in 2012.

Both fighters were unbeaten when they met in the pro ranks in 2015, but it was Commonwealth champion Joshua who then claimed an emphatic stoppage victory at the O2 Arena.

Joshua, though opting against attending, was hoping Whyte would beat Fury in their April match-up, but also insisted he wants the rematch.

‘I’m rooting for Dillian, even though I hate him and I wanna smash him one of these days,’ he told iFL TV. ‘Go on Dillian, I’m with you all the way.’ 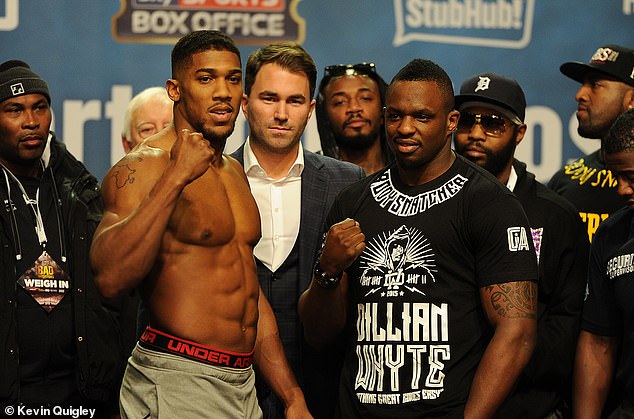 Despite their long-term rivalry, Joshua was hoping Whyte would beat Fury in their April fight