David Avanesyan defended his European welterweight title against Josh Kelly on Saturday night, a fight two years in the making.

Round two held some of the key action of the bout, with Kelly catching the Russian with a left hook, before Avanesyan responded by cutting the Brit’s eye.

From there, Avanesyan was able to build up pressure in subsequent rounds as Kelly continued to bleed, and his corner eventually threw in the towel in round six. 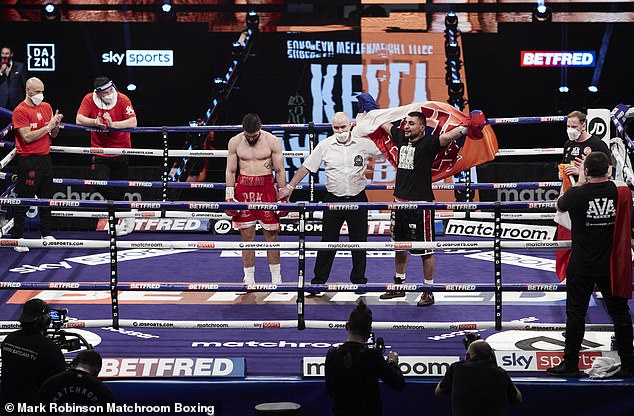 The match-up was first scheduled back in December 2018, only for Kelly to withdraw on the day of the fight due to illness.

The pair were then scheduled to meet once more in March of last year, before the outbreak of the coronavirus pandemic forced another postponement.

It’s the first time either man has fought since December 2019. 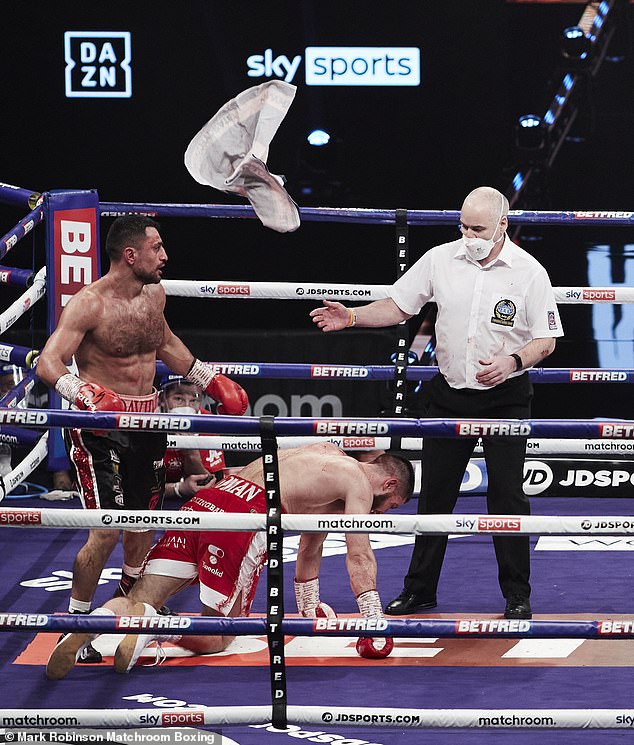 Kelly came out with an energetic start, but was knocked down twice during the fight.

Head and body combinations from Avanesyan led to a standing count in round six, and trainer Adam Booth eventually pulled his man out.

After sitting down in his corner, Kelly received oxygen from his team as he recovered from the tough bout.

It’s the first loss of Kelly’s career, having won 10 and drawn one of his fights so far.